It is a known fact that the agriculture sector is one of the most important industries in the Indian economy. Almost 60% of the country is engaged in agriculture; it contributes almost 20% to the Indian GDP.

Getting grocery from the market seems like a quick task. We have got so used to the supermarkets and grocery stores near our houses that we do not think about the larger aspect of their availability. The agriculture companies have been, for years unknown doing efforts to keep the supply of edible things constant to us.

1. DuPont India
The company founded in 1802, is among the oldest companies for agriculture in India. Based in Gurgaon, India, the company has expanded its control to over 90 countries apart from India. The company primarily produces all the agro-based products. Some of the products that the company produces are pesticides, seeds and insecticides. It is also involved with the production of healthcare services for the farm animals. DuPont tries to keep on bringing innovations to its products so that it can supply with the best.

3. Nuziveedu Seeds Limited
Headquartered in Hyderabad, Telangana Nuziveedu Seeds Limited was founded in the year 1973. The company is one of the biggest manufacturers of seeds in India. The company is also engaged in promoting various socio-economic welfare programs. It engages in creating more job opportunities for the youth and creating sustainable agriculture a priority.

4. Lemken India Agro Equipments Private Limited
Headquartered in Nagpur, Maharashtra, the company is the newest in the industry. The company manufactures machinery needed for the protection of crops, cultivation of soil and sowing majorly. It is involved in producing the machinery necessary for the various agricultural processes. Due to its hard work and diligence towards providing its customers with the best, the company has managed to set its foot in 45 other nations worldwide. Established in 1994, the company is one of those to have made a name for itself in the top 10 agriculture companies of the nation presently. Advanta is headquartered in Telangana, India. The company is a global leader for grains and forges and is listed in the NSE and BSE stock exchange indexes. The company intends on accomplishing the two basic sustainable development goals, that is, no poverty and no hunger.

6. Monsanto India
Established the year 1901, in Missouri, USA, has its Indian headquarter in Mumbai. The company is primarily involved in seed manufacturing and the production of pesticides and other crop protection substitutes. The company provides a variety of seeds and weed management services. One of the basic assistance that the company provides to the farmers is in crop management and related issues. The diligent effort of Monsanto towards the farmers worldwide is what makes them one of the most trusted among the farmer community across the globe.

7. Poabs Organic Estates
Based in Kerala, the company has been creating wonders since the year 1889. The company is one of the leading firms in agro-based products. The major production of the company is to focus on tea and coffee production. It is a self-sustained unit operating successfully in and across India.

8. National Agro-Industry
Operating from Ludhiana, Punjab, the company was set up back in the year 1970. The company focuses on agro-based equipment and has been making sure to provide the best to its customers. It has been making uses of innovative techniques of farming to reduce the time and energy involved in the production of the crops. The National Agro-industry is well known to make use of progressive agricultural practises to make the work easier for the agriculture sector of the nation.

9. Godrej Agrovet Limited
Founded in the year 1990, Godrej Agrovet Limited is a subsidiary of the well known Godrej company. The company is one of the top agro products manufacturers in the country and hence been featured in the top ten list. It also produces bird and animal food, poultry products, and palm oil plantation among others. The company creates innovative methods for green products keeping quality concerns as the foremost priority.

Founded in 1973, the company has been doing its best since then. The company is engaged with producing a variety of seeds from cotton, millet, maize to a lot more. It is renowned for its expertise in farming methods and in providing the best quality of seeds.

No adverse findings against Franklin Templeton, its employees so far: Sanjay Sapre 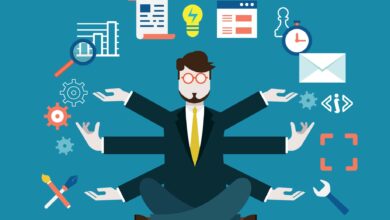