GST: It is no news that the economic woes of countries had been exacerbated by the onset of the pandemic. India was one of the intensely hit countries that saw unprecedented contraction in its economic activities. This had led to the lower collection, a tax that was introduced by the Modi government. But recently, the economy had been showing shoots of growth and recovery.

This can be mainly seen through an uptick in different high growth indicators which indicate towards high recovery.

One of these high growth indicators includes Gross Goods and Services Tax (GST) revenue collections. This particular indicator has shown an uptick in sales in July. Though according to the data, the collection is lower than the collection that was recorded at the previous month’s level it has successively breached the Rs 1 lakh-crore mark again and this has been consequently for the second month.

The GST collection that was recorded at 1.12 lakh crore is effectively above the 1 lakh mark. Hence, this shows growth and a pickup in economic activity. What is also worth noticing here is that the GST collection has shown growth even after a series of stringent, localized lockdowns that were placed in the economy during the second wave.
Breaking down the GST collection

According to the data, gross GST collections stand at Rs 1,12,020 crore. This collection was for the month of August. If it is to be compared to the same month last year, it is up by 29.6 percent higher. This is mainly due to the collection of GST amounting to Rs 86,449 that was collected in the same period last year.

If the gross GST collection is to be broken down in terms of CGST, IGST, AND SGST, IGST had was the highest contributor. Out of the collection of gross Rs. 1.12 lakh crore, IGST amounted to Rs. 56,247 crore. Similarly, CGST stood at Rs 20,522 crore and SGST stood at Rs 26,605 crore.

What do the GST numbers indicate?

Now, if the data is to be broken down, the pickup in economic activity was actually visible in the improvement that was seen in the e-way bills. But why are the collection of e-way bills important here? It is because e waybills are needed for interstate transport. This means that the interstate activities have resumed which is a healthy sign for the economy at large. According to reports, the E-way bills were valued at over Rs 50,000 for the month of July. But as we see that trend has remained steady even in August as well. 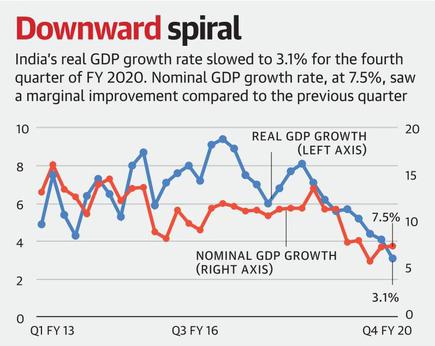 Subsequently, this collection was also much higher than that was collected in the month of May amounting to 4 crores.

But here it is to be noted that this was mainly due to the low base effect that was presented last year due to record contraction. It is worthy of mentioning here that GDP is calculated in comparison to the GDP data of the last year. Thus, since last year contraction of 24.4 percent was seen, therefore this year’s GDP data figures are beyond impressive.

But it is not only the GDP data collection that indicates that there has been an uptick in the economy, other high-frequency indicators have shown expansion. These high-frequency data include fuel consumption, power generation, and railway freight. This also indicates the fact that the rebound has been much faster after the onset of the Covid 2.0 than the first wave.

The collection is all the more valued because the GST collection that had posted gains above Rs 1 lakh-crore for nine months in a row, had actually dropped below Rs 1 lakh crore for the month of June. This was mainly due to the Second covid wave that was highly virulent in nature. But with record expansion again recorded for July, the tension of contraction has subsided.

An additional factor that had led to the increase in the GST collection was the easing of the COVID restrictions. Not only easing of lockdowns but also anti-evasion activities and policies of the government that is taken against fake billers are also pompously adding to the collection. According to the finance ministry, the robust GST revenues are much likely to continue in the future if the current trend is upheld.

Most Reliable Parenting Apps in India 2021