At the starting of this year, the Indians were shown a dream of a V-shaped recovery by our Finance Minister Ms. Nirmala Sitharaman, and our chief economic advisor Mr. Krishnamurthy Subramanian. With the massive blow by the second wave of the Corona Virus, people started realizing the truth behind the fake promises. With the COVID-19 cases rising and India facing a shortage of oxygen, most states went for complete or partial lockdown.

After the nationwide lockdown that hit the economy in 2020, India showed a slight recovery during the last quarter of the financial year 2019-2020. With India becoming World’s Corona Capital, the economy is about to face stagnation yet again this year.

With the government’s recent estimates showing negative growth of 7.3%, it’s a wake-up call for the policymakers to start re-thinking and re-strategizing the policies. The negative growth is a clear-cut answer to the policymakers that their policies are definitely not working. So what happened to the ‘V-Shaped Recovery?’ as promised by our Finance Minister? Well, it’s clear that the Government has made fake promises and not worked towards making them true.

What caused the negative growth?

With the nationwide lockdown in 2020, domestic economic activity has taken a blow, and just when it started recovering, the second wave hit hard on India which led to lockdowns on several states. The manufacturing sector was still recovering from last year’s devastation when this year it received another shock.

Rightly, the RBI Governor Mr. Shaktikanta Das pointed out in 2020 that India might experience negative GDP in 2021, but the insight was not enough for the BJP led NDA government to make policies accordingly. Instead, they made false promises to the people and launched unproductive policies such as the Atmanirbhar Bharat.

Is the pandemic alone to be blamed for the economic fall? 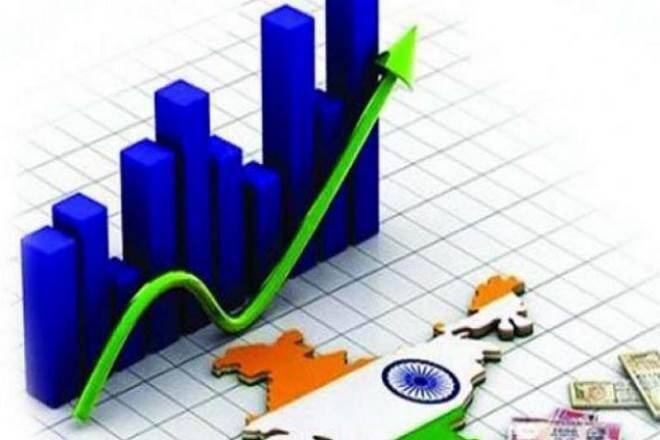 If one looks carefully, it can be pointed out that the GDP has been performing poorly during the current rule even before the COVID-19 hammered the economy. So, does it indicate that the economy performed well before the present government? Before arriving at such a conclusion, one needs to check on the basic domains for measuring the economy.

Countering the perception presented by the Union Government, the GDP growth rate has shown a weakness for the last 5 years. After the Global Financial Crisis of 2008, the Indian economy started to show recovery in March 2013 and India went through a regime change in 2014.

The recovery could not last long and started to decelerate in the 3rd quarter of 2016-17 when the NDA government decided to demonetize almost 86% of the country’s currency overnight in November 2016. This move took a blow on the small business owners and the poor people were the worst hit as always! Demonetization as believed by many experts triggered the downward journey of India’s growth.

When the economy started to recover after the massive blow by the Government’s unsuccessful policy, it gifted the economy which was already soaked in humungous bank loans, with Goods and Services Tax (GST). The government’s move came as a wave when the small business owners were trying to fill the hole made by demonetization. GDP fell from 8% (FY14) to 4% (FY20) before COVID-19 shook the country.

In January 2020, the GDP growth rate downgraded to a record 42-year low Analysis by experts suggests that the fundamentals of the Indian economy were already weak in January 2020 and hence could not survive the massive attack of the pandemic.

The unemployment rate showed a 45 year high even by the government surveys, all credit to GST and demonetization. In 2019, data proved that between 2012 and 2018, the number of employed people dropped by 9 million.

Since the last quarter of 2019, India has been facing a sky-high rate of retail inflation continuously. The rate is so high that even the destruction in demand caused due to lockdowns during the pandemic in 2020 could not smother the inflation rate.

Fiscal deficit is a crucial indicator for judging an economy’s growth, this indicates the economy’s expenditure. It is a well-known fact that the Government hides the real figure of fiscal deficit, even before the COVID-19 the fiscal deficit was much more than the government publicly announced.

The rate at which the value of the Indian rupee is depreciating indicates the reduced purchasing power of the economy. In 2014 $ 1 was equivalent to Rs 45 and in 2021 it is Rs 73, the fall in the value of Indian currency gives a negative impression in the global market.

Need of the hour

The government has the authority to print money and it should utilize this authority during this time of extreme economic recession. The government must increase spending on crucial sectors that it has been neglecting since coming into power. One such sector is the Health sector, which unlike other developed countries has been neglected and for which the citizens are paying a price. The devastating effect of the second wave is not unknown to the world and this is the time when the government should fill the gaps by re-strategizing its policies.

The COVID-19 hit ‘darkest year’ of the economy has been exponentially aggravated by the governments’ worthless and blundering economic management. The government has not taken into consideration any advice given by expert economists around the globe and today the negative growth shows the fate of Indians. Spending should be increased on infrastructure, welfare measures, cash transfers, and the distribution of rations. With most states extending lockdowns, the migrant laborers and daily wage earners are the worst hit. The government should spend on direct cash transfers and not again on some eye-wash hollow plans like it did last year. Government should distribute ration to these laborers and vaccinate them immediately so that they can resume work.

The government should not think about the fiscal deficit at this moment of crisis and should consider borrowing as well as printing money for increased spending, this may act as the adrenaline needed for the almost dead Indian economy to survive.

Neglecting the informal sector may cost heavy on India’s GDP.

Hey, this Sanjana. Am from Kolkata. Reading, writing and travelling have always attracted me. I am always ready to learn and look forward to opportunities that would enhance my career in Journalism. I spend my free time in clicking pictures with my Nikon DSLR and I find solace in poetry.
By Sanjana Simlai
Follow Us
Weather
New Delhi, IN
Mist
23 ℃
25º - 21º
49%
1.54 km/h
25℃
Sun
25℃
Mon
25℃
Tue
24℃
Wed
24℃
Thu
Recent Tech News
Facebook Twitter WhatsApp Telegram Viber
Back to top button
Close
Popular Posts
Most Commented
Recent Comments
Close
%d bloggers like this: