Investing is a complicated process for first time investors or millennials as we call them. A Bengaluru based start-up figured this problem area and built a simple and easy platform and that’s how Groww was born. It is a technology and data science company that offers a seamless and transparent approach to investing via a web platform, Android app and iOS.

Experts on Groww platform educate investors and answer all the questions that they have before and after they invest. Investors can explore mutual funds from 34 leading fund houses and get recommendation from experts on their various needs. Groww has Direct (zero commission) mutual funds.

Groww started operations in April 2017 and is founded by ex-Flipkart employees with rich experience in engineering, product management, finance, e-commerce and business development. Inventiva got an opportunity to speak to Harsh Jain, Co-founder & COO, Groww and here is an exclusive interview of him.

What is the Name of Your Venture?

Who is your target Audience/clients?

Target customers are millennials. Most users are working professionals in the age group 23 to 35, across a large number of cities, having investable income. We have observed that an increasing number of users are signing up from tier 2 towns as well.

Where is your venture based (city, state, country) & What are your geographical target areas?

We are based out of Bengaluru, but our users are from more than 750 cities in India.

What are your products or services?

Groww offers all mutual funds available in India (more than 5000, from 35+ AMCs). Users can find customized mutual fund portfolios for various goals and can invest without any paperwork. Groww currently offers Direct mutual funds that have no charges. Groww doesn’t charge any commissions.

Share the idea or story behind the venture. How did it come to existence? What motivated you to start your own venture?

The idea of Groww is to make investing accessible for the people in India. Today, only a fraction of people who have savings are using any investment product. While doing an in-depth analysis of the Indian investment scenario, we found that despite the e-commerce boom, the finance sector has largely stayed traditional and remained complex. Going further we discovered that Indian households have the necessary capital but aren’t essentially investing in wealth creation products. We chose to dive in looking at the market opportunity and founded Groww.

What is your USP which makes it unique & different from other start-ups in similar domains?

We are very focused on creating a simple and transparent platform for first-time investors. Learning about financial products is an important step for users who have never invested before. We enable our users to educate themselves with specific, relevant content before making the decision. Our key differentiation lies in the customer obsession that we bring in our product. We offer zero commission mutual funds because that is better for the investors. Traditionally banks and brokers have been selling financial products in India, with huge commissions going in their pockets.

Have you raised any funding?

Groww raised $1.6 million in pre-Series A funding led by Insignia Venture Partners, Lightbridge Partners, Kairos and others last year and has now raised Series A funding of $6.2 million led by Sequoia India in 2019. These funds will be used to launch new products and build the platform’s technology – inching closer to the 200 million people with investable income in India.

What were the problems you faced during the starting days and how did you resolve them?

We took a lot of time for understanding the market and identifying the real problem for our users. We also had to do a lot of experiments to figure out the right user experience. Also, because we deal with user’s hard-earned money, we had to ship a safe and secure product and that took us some time to build.

What was the most challenging part of your journey till now? How did you overcome those challenges?

I think our first challenge was to be patient in our initial days before launching the product. The biggest challenge was in building a platform that manages other people’s money, making sure that it was secure and easy to use for investing purposes.

Who are your biggest competitors and how do you differentiate yourself from them?

We have two kinds of competitors. One, traditional banks and financial institutions who are becoming digital and second, digital companies who are trying to enter financial space.

We are the simplest platform for beginners in India. Groww helps users learn and invest in mutual funds that are suitable for their needs. Experts on the platform provide the social comfort that Indians are used to when it comes to making financial decisions.

To stay customer focused, Groww offers zero-commission products to customers. The entire experience is paperless and instant.  Investors do not need to open Demat account for investing in Groww. Investors, who have already invested in the Regular plans through any agent or platform, can move their investments to Direct plans and can start saving on the commissions, right away.

Do you consider yourself successful and by what means do you measure success?

We are still at an early stage and are seeing rapid adoption and growth. What excites us the most is when we hear good things about Groww from our customers. And that has been continuously increasing. This is what we work hard for.

How did you identify your co-founder? Tell us something about co-founder/s

Our founding team worked at Flipkart which is where we met. Here is the profile:

Lalit Keshre, Co-founder & CEO, Groww – looks after the product and customer experience. Prior to starting Groww, Lalit was with Flipkart where he founded and led Flipkart Quick and helped launch Flipkart Marketplace. Earlier, Lalit has founded an online learning company Eduflix, and has also been an early member at Ittiam Systems. Lalit has graduated from IIT Bombay.

I, as Co-Founder & COO, Groww take care of Customer Acquisition, Retention and business expansion. I am an AMFI Registered Mutual Fund Advisor too. Prior to Groww, I was Product Manager at Flipkart and also a founder of story-telling start-up. Harsh holds a B-Tech and M-Tech from IIT Delhi. Harsh completed his MBA from UCLA.

Neeraj Singh, Co-Founder, Groww – is responsible for Product development and customer research at Groww. A passionate engineer, solution developer, and coder, Neeraj was with Flipkart as an engineering manager and has built the Flipkart customer returns and refund system prior to starting Groww. Neeraj holds a BE degree in Information Technology from ITM, Gwalior and a PG Diploma in Advanced Computing from CDAC.

Ishan Bansal, Co-Founder, Groww – heads Finance. Prior to this, Ishan had investment experience in tech space and across geographies. Ishan has been with Flipkart earlier, where he was responsible for Corporate Development.  He has also handled corporate development and M&A at Naspers. Ishan graduated from BITS Pilani and holds an MBA in Finance from XLRI, Jamshedpur. Ishan is also a CFA.

How did you hire your first team members?

We got our initial team from our network and we still are a close-knit team.

What expansion plans are you looking for the next 2 years or next 5 years?

We want to build a customer-focused modern financial services company powered by technology. We are planning to introduce other financial products like stocks in the next few months.

Where do you want to see Groww in next 10 years?

Our vision is to become a one-stop platform for anything related to money for millennials in India.

Anything, you would like to say to our readers or upcoming entrepreneurs?

We are building Groww to make finance simple for millennials in India. This generation takes its financial decisions through social influence. Be it talking to an expert or listening to someone on YouTube or discussing on WhatsApp with friends. We have built the same experience on the app. One can invest in experts’ created collection of mutual funds, or chat with experts, get doubts cleared and then invest in suitable funds. It is very different than the way financial products were sold traditionally through bank/agents. 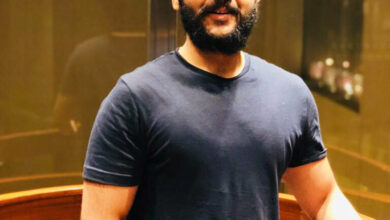