Mumbai, February 13th, 2019: Continuing with its trend of associating with the biggest International Motorsport clients, GoQuest Digital Studios (GQDS), the only independent end-to-end boutique content studio in the world backed by GoQuest Media Ventures, today announced its association with Motul India. The association comes as a major boost to the growing popularity of motorsports propelled by GQDS’s impressive production of the recent show on Volkswagen Ameo Cup series.

Arguably the most familiar brand in global motorsports arena, Motul is a 160-year old world-class French engine performance lubricant brand.  It is present in more than 80 countries, and is a pioneer in design and distribution of high-quality lubricants with higher technical value added. It has also been the supplier for some of the best international official racing teams and automobile manufacturers and is also a known sponsor of famous races.  The brand joining hands with GQDS comes at a time when the latter is bringing motorsports to the forefront among Indian masses and popularizing it in the country like never before.

GQDS took charge of the Volkswagen (VW) Ameo Cup series in 2018, and developed a show that scores high on every aspect-production quality, exciting narrative and offering a great entry point to new fans of racing. The 9th edition of the Ameo Cup also pushed aside stereotypes with the participation of women drivers, whose journey was covered in great detail by GQDS. This progressive and unique understanding of the stance along with leadership in Motorsports was one of the prime factors which led Motul to partner with the content production and distribution platform.

Commenting on the association, Darshan Bhatt, Director, GoQuest Digital Studios said, “With its huge presence across a number of exciting international championships such as MOTO GP and World Superbike Championship, Motul’s association with GQDS will substantially add to enhance the Indian motorsport experience. We are giving our participants as well as our audiences a first-hand look into the world of racing, and Motul has been on the tracks for many decades. The supercharged turbo rally we recently held with Motul and Throttle97 at Buddh International Circuit is further testament to the racing culture we hope to cultivate amongst sports enthusiasts in India. The turbo rally saw a number of beautiful and powerful cars driven by enthusiasts, but the highlight of the day was the shared passion for the sport and the thrill of it all amongst each one of us who were involved. We are beyond excited to be associated with Motul, which will take Indian motorsports a notch above the rest.”

Speaking of the same, Mr. Preetam Goswami, Marketing Head, Motul India said, “We are happy to be associated with GoQuest Digital Studios and Throttle 97 as the performance partners for their Track Day Event. Motorsport has been Motul’s focus since the 1950s. Over the years, we have forged strong technical agreements with some of the world’s most quality-minded Original Equipment Manufacturers like Nissan Nismo, Toyota etc. There is a perception that Motul is exclusively for motorbikes. Through such associations we want to communicate that we are also meant for cars. With our 100% synthetic racing range for cars, we’ve been supporting many passionate teams in India. The idea is to create awareness and build brand equity for our passenger car oils. Our dynamic range of passenger car oils is engineered to protect and enhance the performance of your car throughout its lifetime.”

Bringing motorsport events to Indian masses has not only caught the eye of the motorsports junkies but has also proved to be popular amongst those outside the community, both in terms of following the series as well as interest in understanding the nuances of the thrilling sport. With associations such as the one with Motul, GQDS has further underlined its identity as the symbol of the rise of motorsports in India, making the racing experience a much sought after part of the Indian sports enthusiasts sporting diet.

GoQuest Digital Studios creates, produces, markets and distributes IP based formats along with brands for the fast emerging audience that exists both on traditional and new age networks. GoQuest Digital Studios provides a unique platform for brands to collaborate giving them an opportunity to invest in the original content formats and develop it together for the respective markets. We work alongside our various broadcast, telco, publishing, digital and OEM partners to distribute content across the world which puts us in an unique position to create market and distribute original content.

Understanding the Perfect Blend of all flavours 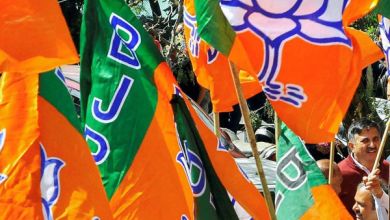