The impact on the economy because of the second wave of Covid-19 may not be as devastating as in 2020, but it is gradually affecting many financially important industries. Various rating agencies and brokerage companies predict that the Indian economy will recover shortly after the second wave of shocks peaks.

A report by an SBI economist indicated that India could peak in mid-May if vaccination is increased. Despite intensified efforts to break the chain of infection, economic losses in certain industries can have a knock-on effect on medium-term growth prospects.

The following are the five industries most affected by the second wave of covid-19: 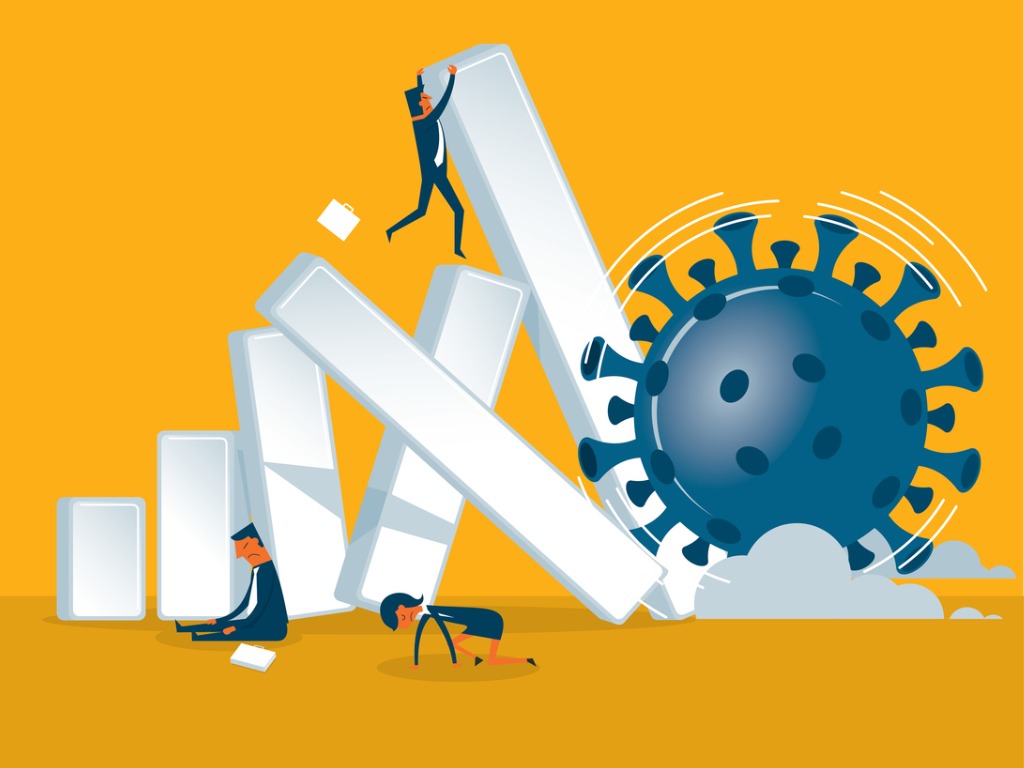 The hospitality sector includes many businesses such as restaurants, guesthouses, hostels, serviced apartments, pubs, bars, nightclubs, and more. The sector, which accounts for most of India’s annual GDP, has been hit hard by government restrictions and curfews. Most of these stores are closed because only essential groceries can be delivered to them.

In places where restrictions are less severe, footfall has reduced sharply in view of the Covid-19 health crisis. People are scared to step out as India continues to report over three lakh new cases and thousands of deaths every day. When Covid-19 cases were initially rising during the second wave, the hospitality industry in Maharashtra — the first state to announce strict restrictions — told the government that it is a death knell for many businesses.

However, almost all hospitality-related businesses in the country are now facing a similar challenge. The economic impact of the second wave could be last longer than a quarter and most of these businesses may have no choice but to shut shop permanently. The result will be a massive spike in unemployment, which has already seen a sharp spike in April.

The hotel sector is associated with a very important tourism sector. The tourism and travel sector, which employs millions of Indians, is back from the first wave, but few know that Covid will return with a second wave. The tourism sector, which accounts for nearly 7% of India’s annual GDP, includes hotels, single-family homes, holiday homes, and motels.

The restrictions due to the second wave have again crippled the tourism sector, which was struggling to recover from the initial losses suffered by businesses in 2020. Many smaller establishments may not be in a position to resume their businesses again after the second wave subsides. This is likely to have a devastating impact on households incomes as unemployment will rise.

During the first wave of the pandemic, aviation and other travel industries faced significant battles. As the restrictions continued to intensify, the situation gradually worsened during the second wave. A 50 percent drop in air traffic has been reported in recent weeks.

People are afraid to leave their homes suggests that the more significant tourism sector is also becoming overcrowded. For airlines and the broader travel sector, the recovery will not depend on when the country reaches its Covid-19 peak but whether people will gain the confidence to opt for such services. At the moment, the outlook for the aviation and broader travel sector does not look good.

Indian automakers are under new pressure from a sharp drop in sales. The Covid-19 situation in India is expected to put pressure on the auto sector in the near term, according to a report by Emkay Global Financial Services. The report says the industry will not recover until the second quarter of this year.

But experts suggest that this will depend on how quickly India can control the second wave. Because cars are a choice, car sales are primarily driven by consumer sentiment. At the moment, consumer sentiment is still weak, and demand for non-essential goods is likely to continue to decline.

Since automobiles are discretionary items, vehicles sales will largely depend on consumer sentiments. At the moment, consumer sentiments remain weak among citizens and the demand for non-essential items are likely to fall further.

This could have a negative impact on the passenger vehicle segment. As per an ETAuto report, passenger vehicle sales in April are likely to see an 11 per cent drop. While auto companies are better prepared to deal with the crisis this time, it will become a challenge for them if the infections continue to rise beyond May.

In such a situation, construction sites are operating with roughly half the strength. Not just lack of workers but builders are also facing material shortage due to the restrictions. While the situation is not as grave as 2020, the real estate and construction sector could face serious disruption if the Covid-19 restrictions continue for more than a month.

By ashlyn
Follow Us
Weather
New Delhi, IN
Mist
26 ℃
34º - 26º
94%
2.06 km/h
34℃
Sun
36℃
Mon
36℃
Tue
35℃
Wed
35℃
Thu
Recent Tech News
Facebook Twitter WhatsApp Telegram Viber
Back to top button
Close
Popular Posts
Most Commented
Recent Comments
We use cookies on our website to give you the most relevant experience by remembering your preferences and repeat visits. By clicking “Accept All”, you consent to the use of ALL the cookies. However, you may visit "Cookie Settings" to provide a controlled consent.
Cookie SettingsAccept All
Manage consent