Father Stan Swamy was prime accused in Elgar Parishad – Bheem Koregaon case, a tribal rights activist who died at a private hospital in Mumbai. The 84-year-old ailing priest was arrested last year; he was put on ventilator support due to his ailing health. His lawyers for a long time were seeking an urgent hearing for bail on medical grounds; he was suffering from Parkinson’s disease.

Who was Stan Swamy? What work did he do? More specifically, what landed him in prison? 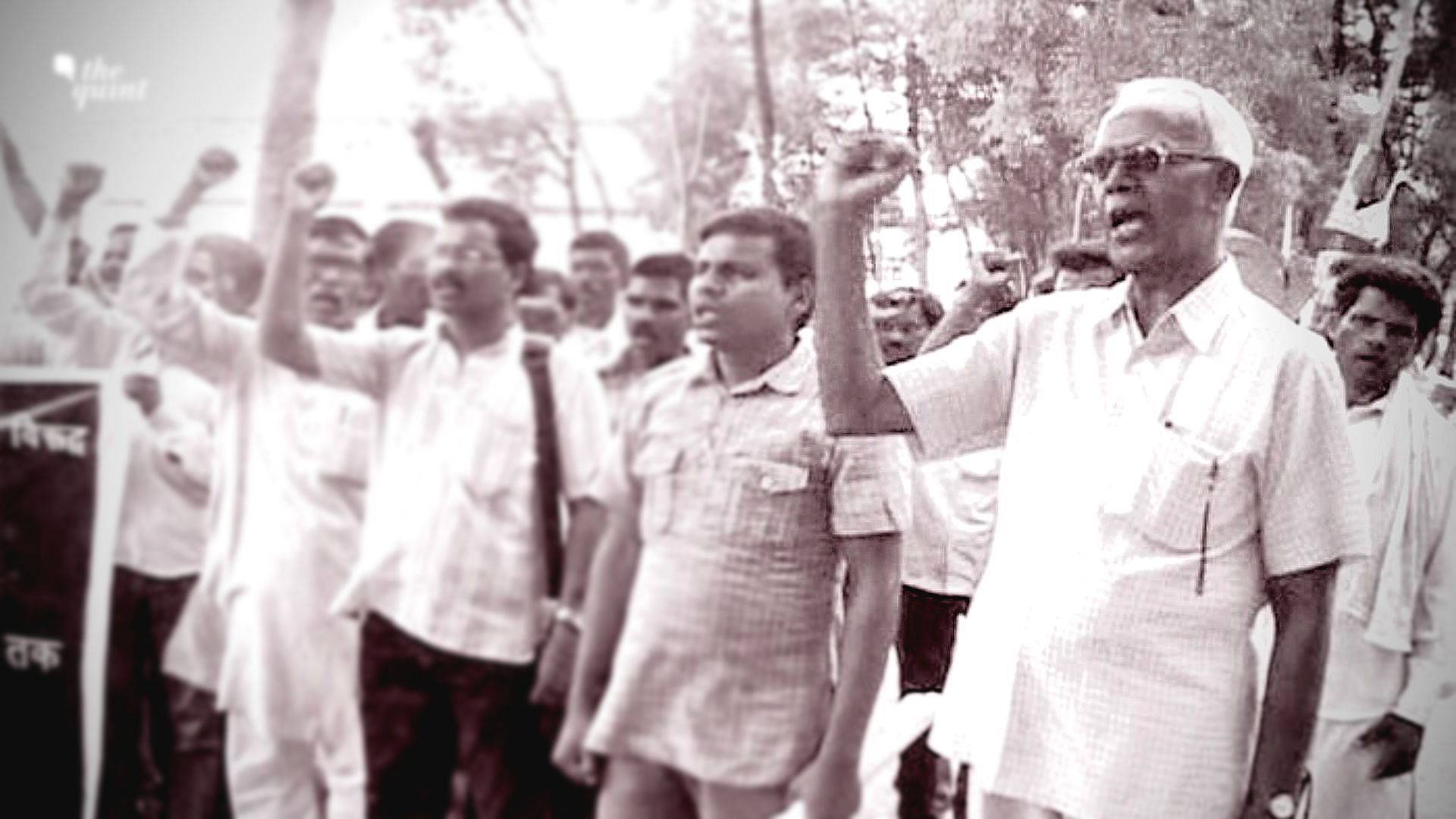 The fifth schedule of the Indian Constitution prescribes administration and control of scheduled areas and scheduled tribes who reside in states other than Assam, Tripura, Mizoram and Meghalaya. The fifth schedule orders the setting up a Tribal Advisory Council, whose members belong solely to the Adivasi community. The members are given powers to decide on their well-being, protection and development in the state.

When National Investigation Agency NIA arrested thousands of protesting Adivasis and called them Naxals, Swamy challenged that move calling it discrimination against the tribals. He filed a public interest petition in the High Court demanding the release and speedy trial of the arrested tribals. He also demanded the appointment of a commission to fairly investigate the arrest and delays in the trial process.

Swamy was also at crossroads with the government when they set up “land banks”. According to him, setting up land banks would strip the tribals away from their ancestral land and make way for industries. As history is our witness, a community cannot develop without industrial progress. To keep up with the globe, equal and simultaneous development in the primary, secondary and tertiary sectors is the need of the hour.

According to him, he was a messiah for the tribals and his arrest and stalled judicial process would reduce criticism of government policies. He was arrested in the Elgar Parishad-Bhima Koregaon case because the NIA had reasonable evidence to believe that he was connected to the Communist Party of India (Maoist), which is banned and declared as a terrorist organisation.

The NIA claimed that he was a CPI Maoist recruit who also received funding from them. In 2018 lakhs of people from the Dalit community gathered near Pune to celebrate the 200th anniversary of the battle of Bhima Koregaon in 1818. The battle was fought between the British army and Peshwas; the British army won this battle. Maximum soldiers of the British military were Dalit recruits.

What is UAPA, the bone of contention?

The act was amended three times under the United Progressive Alliance UPA government in 2004, 2008 and 2013. As of now, NIA is the central counterterrorism law enforcement agency in India according to the NIA Act of 2008. Section 43 D(5) of the UAPA Act is politicised and under fire for its stringent provisions on bail.

Investigation under UAPA allows NIA officers to seize the properties and financial assets of the accused. The investigating officer needs to acquire approval from the director-general of police for the same. UAPA offers death and life term imprisonment as the highest punishments, can declare an activity unlawful by gazette notification, can charge Indian as well as foreign nationals under the act. The amendment to the act allows investigation by officers of NIA, which is a contentious issue.

What are the problems with UAPA?

According to the data presented by the Ministry of home affairs in Rajya Sabha recently produced data about cases registered under the UAPA act. The act has a low conviction rate of 2.2%. The act hinders freedom of speech and expression of individuals because it provides absolute powers to the government to deem any activity as unlawful. The NDA government has been notorious for slapping dissenters and critics of government policies with sedition. There was no pre-legislative consultation before passing the act.

If an individual is declared a terrorist and later acquitted, his life becomes a nightmare. He is boycotted socially by his community and family, his right to life with dignity is destroyed. It is impossible for him to find a job; there is no employer who would employ a person who has even slight connections with terrorism. If the UAPA act is used unjustly, it has severe implications for a person’s life.

Designating a person as a terrorist raises constitutional issues and does not support the principle of innocent until proven guilty in a court of law. It is against the federal structure of the Constitution as it undermines the authority of state police to investigate terrorism cases. Police is a state subject under state list according to the 7th schedule of the Indian Constitution.

Why was this act passed?

Before the amendment only organisations could be deemed as terrorist organisations. The act does not change any existing provisions on bail and arrest; hence there will be no violation of fundamental rights. The act prescribes the investigation agency to procure proof against the accused. The seizure of properties bought through proceeds of terrorism is to accelerate the investigation process. It does not violate any constitutional provisions.

What is the contentious section 43D(5) of UAPA which came to light after the death of Stan Swamy?

The provisions under section 43D(5) make bail virtually impossible and provide little space for judicial reasoning. Bail is denied by the court if the court is satisfied that a prima facie case exists against the accused. Prima facie is defined by the Supreme Court as the totality of the case instead of evidence and circumstances presented by the state. In short, bail is not granted if the court has reasonable grounds to believe that the accusations against the accused are true.

There have been instances where bail was denied by the courts irrespective of the principle of the right to a fair and speedy trial and due process of law. In the Union of India versus KA Najeeb, the Supreme Court granted bail to Najib under UAPA because he had extended the incarceration period. Karnataka High Court granted bail to 115 accused who were charged under UAPA for east Bengaluru riots on grounds that NIA had extended the investigation time without hearing. The fundamental rights to a fair trial were violated which was why they were granted bail.

New World Of Distance Learning: The Good, the Bad, and the Ugly Side

I am a person who believes in freedom of human mind. A free mind is highly creative and imaginative. Imagination is not a cloth that is to neatly folded in a box, but it is fire. It can light an entire jungle or a single matchstick, it depends upon the free environment.
By Aishwarya Ingle
Follow Us
Weather
New Delhi, IN
Mist
32 ℃
33º - 30º
70%
2.06 km/h
33℃
Sat
35℃
Sun
35℃
Mon
35℃
Tue
34℃
Wed
Recent Tech News
Facebook Twitter WhatsApp Telegram Viber
Back to top button
Close
Popular Posts
Most Commented
Recent Comments
We use cookies on our website to give you the most relevant experience by remembering your preferences and repeat visits. By clicking “Accept All”, you consent to the use of ALL the cookies. However, you may visit "Cookie Settings" to provide a controlled consent.
Cookie SettingsAccept All
Manage consent