Japan’s automobile major Nissan Motors will open its global digital Research & Development hub for autonomous/driver-less cars at Technopark in Thiruvananthapuram of Kerala and for same the company would hire about 550 technology professionals by March 2019.

IndianWeb2.com first reported about Nissan’s R&D hub in June this year. The Hub, which is focused on innovation in automated and electronic vehicles will be shared by the Renault-Nissan-Mitsubishi Alliance, a strategic partnership between French and Japanese manufacturers.

According to Tony Thomas, Corporate VP & CIO of Nissan Motor Corp, “Hiring is on for the cream of innovation talent, as this is not a global offshore centre, but a global team.”

Notably, since July this year, these 350-odd new recruits hired by Nissan for its first Global Digital Centre in India were working at the Infosys campus in Thiruvananthapuram, as Infosys had offered its office space Nissan Digital Hub project till the new facility was set up.

In last couple of years, Kerala has had inked several partnership and MoUs with Tech firms in India as well as abroad. Last MOnth, aircraft maker Airbus Group has signed a Memorandum of Understanding (MoU) with Kerala state government for setting up BizLab Innovation Centre in Thiruvananthapuram.

In March this year, the state government had tied up with Indian Space Research Organisation (ISRO) for a space tech park and incubator for startups in space technology. Called as ‘ISRO-Space Technology Incubation Center (S-TIC)’, the space park will be up and running in June next year.

Boodmo Raises Rs 7 Cr in a Fresh Round 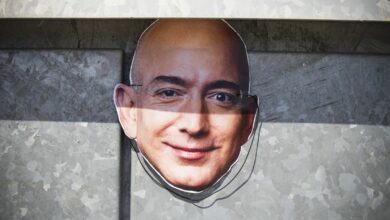 Why is Amazon’s founder Jeff Bezos one of the least liked in the business circles and otherwise?

By inventiva
Follow Us
Weather
New Delhi, IN
Mist
30 ℃
33º - 27º
89%
1.54 km/h
33℃
Fri
34℃
Sat
31℃
Sun
33℃
Mon
35℃
Tue
Recent Tech News
Facebook Twitter WhatsApp Telegram Viber
Back to top button
Close
Popular Posts
Most Commented
Recent Comments
We use cookies on our website to give you the most relevant experience by remembering your preferences and repeat visits. By clicking “Accept All”, you consent to the use of ALL the cookies. However, you may visit "Cookie Settings" to provide a controlled consent.
Cookie SettingsAccept All
Manage consent