TikTok has less than two weeks before it must sell or shutter its U.S. operations—at least according to the Trump administration, citing national security concerns. The social media app, which gained an initial following with teens sharing dance videos before becoming an international sensation, will be required to shut down in the U.S. if it doesn’t sell by Sept. 15.

What happens next is unclear. But what is clear is that the site’s future has become one of the tech industry biggest dramas in years. It involves Trump battling with China’s government over foreign trade. It also involves some of the biggest U.S. companies—Oracle[/hotlink], Microsoft, and Walmart—lining up as suitors in an effort to gain an edge over their rivals.

For its part, ByteDance, TikTok’s Chinese owner, is caught in the middle.
“It’s between a rock and hard place, frankly,” Mark Shmulik, an analyst at investment bank AB Bernstein.

“It’s a very unenviable place to be.” In an effort to escape its predicament, TikTok has sued the Trump administration, which it says has deprived it of due process. Meanwhile, China’s government has entered the fight by enacting a new law that would require any sale of TikTok to first be approved by Beijing.

Here’s everything you need to know about TikTok and moment of reckoning.

Why would big companies want a dance-video app?

The big companies bidding on TikTok would benefit from the app’s young user base, ad capabilities, and e-commerce potential. Of the app’s 100 million monthly U.S. users, most are teens, a demographic many brands want to reach.

Meanwhile, social commerce, the emerging business of selling products through social media, is a growth opportunity. You can buy TikTok fans, which plays plays a very important role in successful business reach. ByteDance already has its eyes on that business and is pushing TikTok and Douyin, its sister site in China, to add more e-commerce.

“This is the future,” Shmulik said about social commerce. “Legacy companies want to participate in the future. And If you can’t build, it buy it.”

Why did Walmart and Microsoft team up for a bid?

In recent years, Walmart has been beefing up its e-commerce arm and reach new customers. Meanwhile, Microsoft already has a social media business—LinkedIn—and has the technical chops to build a social commerce operation.

“So if [social commerce] is the future of e-shopping, what more perfect combination is there than a retailer like Walmart and Microsoft?” Shmulik said.

Michael Lasser, an analyst at investment bank UBS, said the joint Walmart-Microsoft bid may ultimately lead to Walmart accomplishing one of its key goals. “Capturing more hearts and minds of the younger generation is a really an important part of Walmart’s outlook,” Lasser said.

But there also could something else at play: Walmart is increasingly challenging Amazon‘s dominance in online retailing by growing its own online business during the pandemic and rolling out a subscription service called Walmart+ that mimics Amazon’s popular Prime. Meanwhile, Microsoft is also butting heads with Amazon over cloud computing, the gigantic business that involves supplying data center computing power to corporate customers.

The combination of Walmart and Microsoft would represent two companies going up against a common enemy, said Tom Keiser, CEO of Hootsuite, a tool that helps people manage their social media. And this wouldn’t be the first time the two have teamed up. Walmart chose Microsoft Azure as its cloud provider in 2018. “Retailers have always had a deep mistrust for Amazon,” Keiser said. “That has spilled into AWS.”

Why does Trump care about TikTok? 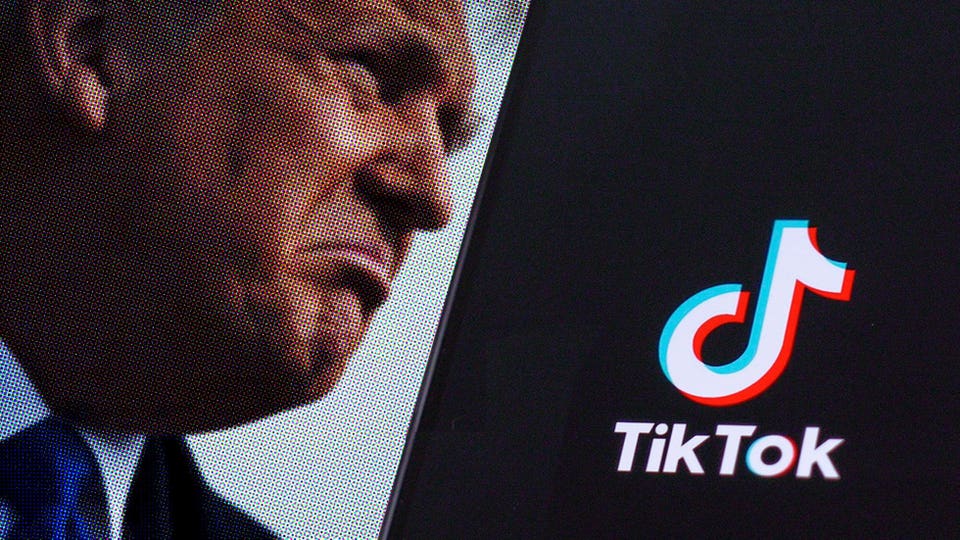 Trump has long complained about China’s trade practices, which he says have unfairly benefitted China. His concerns: U.S. companies have limited access to operate in China, while Chinese companies operate freely in the U.S. He’s also worried about the theft of intellectual property from U.S. companies and the access the Chinese government may have to data collected from the U.S.

“When U.S. operations aren’t allowed to operate [the same way] in China, but the reverse is true, it’s a very real argument we probably should be having anyway,” Shmulik said.

But young TikTokers may have put Trump’s sights on TikTok by allegedly sabotaging his campaign rally in Tulsa in June. TikTok teens along with Korean pop fans claim to have registered for hundreds of thousands of tickets so that the arena’s seats would remain empty. As a result, only about 6,000 people attended the event, and Trump ended up canceling a second rally in Tulsa that was scheduled for the following night. Trump now may be seeking payback.

Meanwhile, Trump has expressed concern over what the Chinese government may do with data TikTok collects from U.S. users and the threat that could pose for national security. In June, India, citing similar concerns, banned TikTok and other apps owned by Chinese companies.

Why does Beijing care about TikTok?

Similar to Trump, China likely sees TikTok as an important piece in its game of chess with the U.S. over trade. Following Trump’s order that TikTok sell or shutter, the Chinese government crafted a response that complicates matters: Any deal involving ByteDance would have to cleared by Beijing.

How may this chess game end?

Experts say the situation could play out three different ways: ByteDance could sell TikTok and leave the two governments to argue over the deal’s specifics. Or ByteDance could sign a deal with a U.S. buyer before the deadline to hold off the U.S. government, but then find a way to delay the process in hopes that a new administration with different policies is elected in November.

One final possibility is that ByteDance closes its U.S. operations, to avoid it—and China—from acquiescing to the Trump administration. “I think its 80% chance a deal doesn’t go through,” Shmulik said. “I think they’re hoping for an eleventh-hour save.”

Keiser said he expects any resolution to be delayed far beyond the Sept. 15 deadline. “I would guess … this drags into next year,” he said. “I don’t think there’s a quick and easy wrap up to this.”
Source: Fortune