In an unprecedented move, US chat messenger WhatsApp took the Centre to court over its new rules to trace the origins of “unlawful” messages and breaking its famed end-to-end encryption, arguing that the mandate violates citizens’ fundamental right to privacy and freedom of speech and expression, and thus should be dismissed as “unconstitutional, ultra vires the IT Act, and illegal”.

The Indian government, in its full potential trying to harass its citizens in every way possible. Constitution has merely become a set of rules for them, and fundamental rights are slowly being snatched away from the citizens. FIRs are lodged against those who raise their voice against the government’s biased actions.

In Delhi, 17 FIRs were lodged against the people who put posters asking the government questions regarding the export of vaccines. This incident has sparked agitation and resentment among Indians as asking questions to the government, which is considered a fundamental right in the constitution of India is slowly being snatched away.

Several reports have suggested that the Indian liberal democracy is endangered. As freedom of speech is losing its steam in India, the vendetta for gaining votes continues to arise. While the Modi government forgot the existence of Indians in the greed of votes, he also forgot to count thousands of poor Indians as the vaccination drive began.

Whatsapp moves to High Court against the government

Whatsapp has professed that these rules will violate the citizen’s privacy and freedom of speech and expression as mentioned as given in article 19 of the Indian constitution. They have asked to dismiss these demands as “unconstitutional and breach of IT act.” Replying to the Delhi High Court on the first day of implementation of the new IT guidelines and regulations authorizing senior telecommunications companies (such as WhatsApp, Facebook, Google, and Twitter) to identify the source of an illegal message within 72 hours, a high-speed official said the guidelines it’s under Articles 14 and 21 of the Constitution, and the rights of its more than 400 million users in the country.

The petition filed by Whatsapp justifies the breach of trust among its users and the end of privacy since the government is asking to terminate its end-to-end encryption policy and privacy principles underlying it. They have also alleged that the government’s move will snatch away the privacy and free speech of millions of Indians. The end-to-end encryption ensures that every message or call sent via Whatsapp can only be accessed by the sender and receiver. This gives ensured privacy and freedom to the users as nobody except the sender and receiver can decrypt it, not even Whatsapp.

By the new rules, mandating the identification of the sender will lead to chaos. For example, the journalists or government organizations who are dealing with some sensitive information regarding any investigations that are not revealed yet can be retaliated by the government. The clients and attorneys will also become reluctant to reveal that confidential information as privacy would no longer be assured.

It said that as there was no way to predict what the message would be about tracking, companies would need to build the ability to identify the founder of all communications sent to India on their platforms at all times, violating the privacy of legitimate users. “Enabling the identification of the first founder of information in India violates end-encryption encryption and privacy policy. 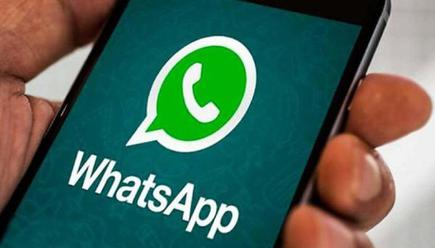 Reserve Bank Of India: As Uncertainties And Slowdown Prevalent, Indian Economy Struggles To Reinstate, Not Hit As Hard As First Wave