Even though the two Asian neighbors share borders, the situation beyond these borders is different as day and night. While the Chinese economy is playing on its full strength of being a developing economy, fostering revival and growth, the Indian economy has grim prospects of its future. So, while we are witnessing them doing consistently better, there are some things that the Indian economy can learn and apply, let’s find them out.

The more pivotal difference can be reflected in the fact that the Chinese economy never fell below its pre-pandemic level, despite the mass destruction caused in the nation. As for India, we’re still a long way afar from getting back to our pre-pandemic levels, which, if you recall, was at a weak position in itself too. Nevertheless, one similarity between the two countries has been the weak consumption recovery, even though the extent of the two is very different.

This is reflected in the data published by Chinese authorities, the recovery of the country’s economy has been led by heavy industry, property, and export boom. China’s economy has been the global driver of economic growth, in the preceding pandemic year, with the United States taking the lead in the following months. This global demand has been a significant contributor to the revival of the Chinese economy, led by considerable growth in industry and property services. This is a hint at how India can improve the status of its economic recovery in the feat of grim consumer discretionary consumption, especially because the fiscal prospects aren’t up to the mark.

Reports released by various economists praising China’s growth cycle credited digitization and innovation to be the driving engines of this growth. This means that the country’s exports, which started picking up pace despite the restrained state of developed economies allowed China to better capitalize on the opportunity. Now that global demand is in a much better position and India’s exports are picking up, the government of the country needs to ensure optimal maximization of benefits that can be obtained from the international trade sector, primarily because consumer demand in the country is a little low.

As for the innovation cycle, China has been investing heavily in the innovation of digitization entrepreneurship and offer services, especially because the pandemic left open a wide door of opportunity in the digital sector. As for India, expecting investment in innovation from the government would be too far-fetched a step, specifically because the fiscal resources of the country are severely strained. However, one area of focus that has helped developed nations and developing economies is increased funding allocation in the public health sector. 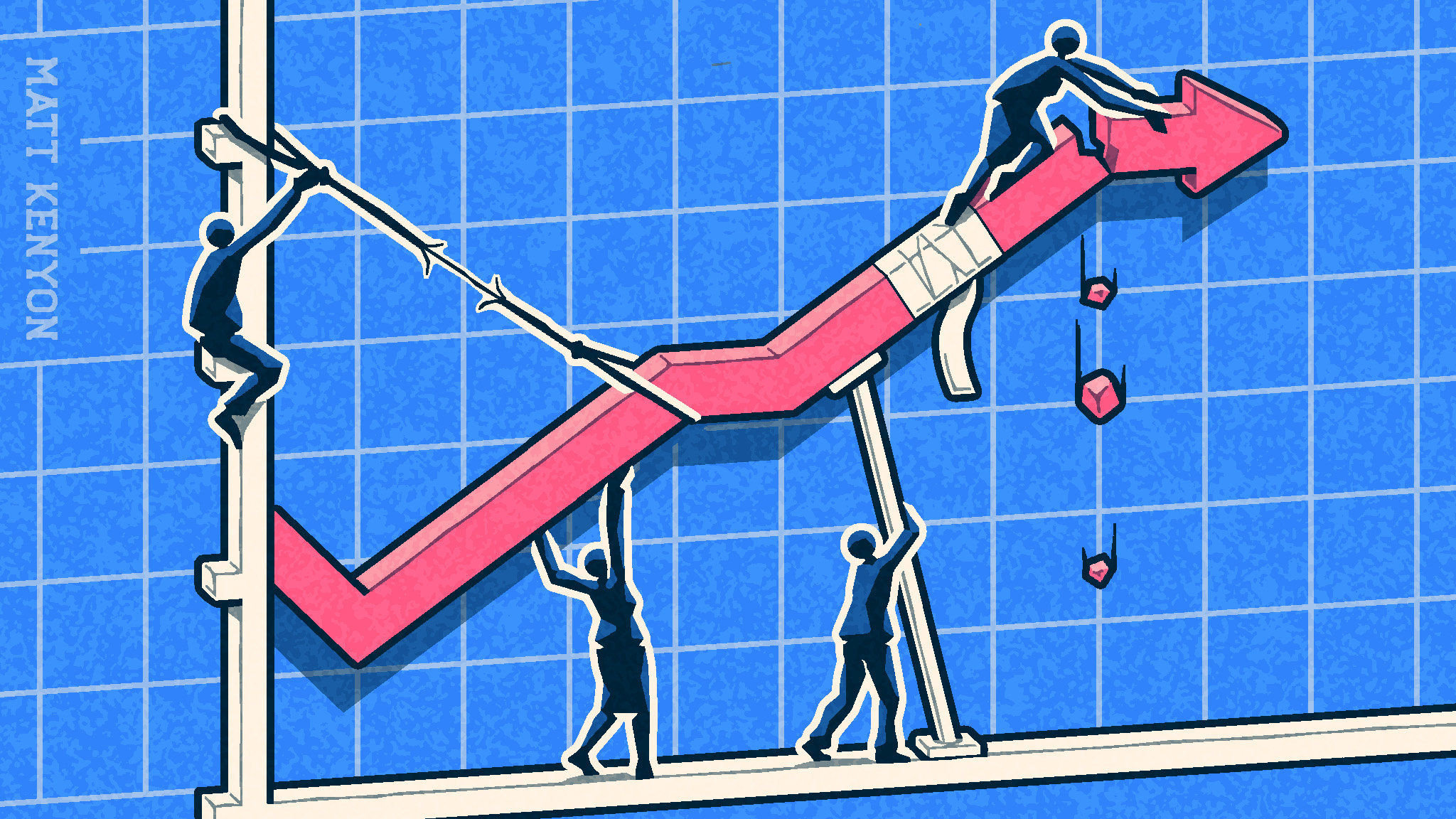 This works as an amazing insulator to pent up consumer demand primarily because of increased consumer confidence in the country’s systems. As for India, this issue has been a major concern, brought more significantly in light of the meager budget allocation to the aforementioned sector in the budget 2021 and the collapsing state of the country’s health infrastructure. China has had significant allocations for the research and development sectors for a long time now too, the trend being continued in the pandemic years as well.

All these factors collectively led to the heavy economic growth of China in the first few months of 2021. However, the prospects are expected to stabilize in the months to come. As mentioned in the paragraphs above, what India can do in these parameters is limited because the fiscal position of the two countries is very different. But here comes the interesting part. Despite all this growth and improvement, the consumption expenditure of China has not returned to its normal levels. It should also be noted that this comes in effect even after the country’s labor market has returned to its pre-pandemic booming level and the production economy is striving.

This information should ring like alarms to the ears of Indian policymakers that are expecting consumption to pick up its normal pace as the economy opens up. The major reason behind this approach is the loss of savings, risk aversion, and the objective probability of the negative environment in India, fuelled by the absence of benefits, consumption inducing policies, and the subjective discount rate – interest rate manipulation.

As for China, the reasons for lower consumption despite significant steps in the direction can be traced to increasing income inequality and rising debt burden, a phenomenon widely present for India’s case as well. This has been further aggravated by permanent behavioral changes and a slow vaccination drive.

There are several lessons for India from this entire discussion of China’s economy and its growth journey. The consumption takeaways for the country show that the first and foremost step for India would come from rebuilding the shattered labor market. And well, it does not mean only returning to pre-pandemic levels, because that number was disappointing on its own as well. Creating a better labor market includes not only job creation and job proliferation, but it also needs to ensure the opening up of new opportunities and industry areas primarily because the country is making a big movement towards a digital economy.

The next step for the country is to ensure the facilitation of an efficient vaccination drive at a much larger scale than we’re standing at right now.

It is important not only for gaining consumer confidence but also to make sure that the economic opening and maneuver can be sustained. China’s vaccination drive also picked up a slower start but the stringent restrictions and efficient control did not allow the pace of vaccination to hamper the movement much, in contrast to India’s situation. As for now, China’s vaccination drive has picked pace, with an estimated 40 percent population inoculation to be completed by the end of June.

Another key thing to note here is that increasing income inequality is always a major reason for lower than usual consumption and it is very important for countries to deal with it to ensure stable economic recovery. As for India, the gap between rich and poor has taken new heights and despite numerous discussions on it, the government has been quite missing in action in the field. So, it is no longer a concern of public health and welfare, but an economic pitfall, and immediate action steps are required in the field.

As for the longer term, permanent changes in consumer behavior would still be an issue of concern and a mix of policies both for the short and long term would be required to drag it back to the normal level, sooner than it might naturally do. We can only discuss the problems and figure out solutions but the action lies in the hands of policymakers and the government, who, apparently, is busy playing the blame game still.

The world economy has numerous examples of the fact that correct policy actions and strong steps are capable of taking the economy out of the COVID-19 trauma, and if your country fails at it, blame your government’s approach. Demand for better action steps and constructive insights because if we continue at this pace, the future would be a rather grim picture.

Kerala's ambitious silverline project- one of the largest infrastructure

An innovative SaaS startup announced a funding of USD 75 million