Inflation is a tricky business when it gets to undertaking a macroeconomic analysis while dividing it into good or bad. While the consumers view it from one angle and the producers view it from another, the overall impact of the phenomenon in the country is such that coming to a conclusion right away gets a little more convoluted than we would have primarily guessed.

So, in case you were wondering why central banks have a certain optimal bracket for inflation and why that level is not zero per cent, you now know that inflation is not a bad thing. There has to be a balance, an optimal level for the country to exploit fully the potential of inflation.

So, let’s talk about this optimal level. What determines the right level of inflation and the bracket our economy would healthily sustain in? What macroeconomic issues does it counter? Why do we need this optimal level? Let’s read through and figure it out, together. 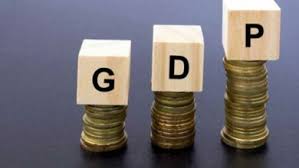 The conversation of the asset-price bubble is getting much more prevalent these days and this is exactly the time for us to consider the optimal inflation rates at the point. Primarily, the cost of holding money is what we refer to as the real interest rate, since it is the amount let go if we choose to hold liquid cash.

So, the purpose of inflation is to primarily remove this difference between the cost of holding money and the cost of holding bonds. However, a look at the current nominal rates and inflation rates would present the picture of a negative real interest rate, since the asset prices are increasing much more than the nominal levels present currently, which essentially points at the need for reducing the inflation levels back into the otherwise optimal brackets.

To understand this, think of how we assess the inflation levels, primarily retail and wholesale. The consumer price index, which is a measure of a basket of goods, is an assessment of the inflation level prevailing at the current point, and its conversion through a base level helps in comparison of the actual levels. Now, as price levels rise and the expectations of inflation rise among the people too, they expect a hike in wages from their employers, which, in turn, is passed back on to the consumers through an increase in existing prices.

But this cycle makes inflation a more permanent phenomenon, making it contingent on people’s expectations. And the cost incurred in the entire process is called the menu costs, which have been found to be a statistically significant factor contributing to several macroeconomic considerations. Therefore, price stability becomes a significant factor when talking about the inflation prospects, to ensure minimum menu costs as and when possible.

The business cycle of Inflation-

This is where the primary argument of having a reasonable inflation rate roots from. Basing on evidence of this pandemic only, the nominal interest rates have been slashed time and again by the central banks, so much so, that they have reached their lower bounds of zero per cent. Even though there are a number of conversations happening at the rationality and plausibility of a zero per cent interest rates’ repercussions in the long run during tapering, it cannot be denied that slashing nominal interest rates have been a significant monetary policy tool to increase output and employment during the contraction period.

Now, the rate of inflation prevailing in the economy along with the target bracket decides the room for the nominal interest rate to manoeuvre to lower levels, and thus inflation above zero levels is considered significant for proper monetary policy implementation.

Not only that, a trade-off exists between the rate and output growth, especially during a recession, for if policies to reduce inflation are undertaken at the wrong time, it may hamper the recovering economy and could adversely impact its growth prospects. It is because the real debt burden of debtors supposedly increases, forcing them to cut back on spending, which eventually would mean lesser room for growth of output, which is already at a low during the recession period.

Therefore, in consideration of all these above mentioned factors, Central banks across the world prefer to maintain an optimal bracket of inflation which is in correlation with the existing fundamentals of the economy and is able enough to ensure healthy sustenance of the economy.

This optimal target bracket also emerges as one of the prominent reasons for the transitory nature, where applicable. It is because if central banks maintain a history of credibility and staying true to the target bracket, a high inflation level would not aggravate people to revise their expectations. After all, they know the central banks would bring it back to the original level within a considerable time frame. This prevents the wage-price cycle from taking place and results in a relatively less duration.

It has also been maintained by notable economists that a moderate level is necessary to ensure that people do not wait up for lower prices in the coming period before spending. This is known as the prevention of what is referred to as the paradox of thrift. This result is a more stable economic growth since spending is one of the most prominent contributing factors to economic growth. At the time of recession when unemployment is high and price levels are peaking, higher money circulation that directly corresponds to higher inflation means that aggregate demand would increase, in turn triggering production.

Not only that, it is said to provide a financial support cushion to the government’s after recession since the debt amounts they take during a period of economic contraction to boost the economy, receive lesser blows at the time.

The purpose of this discussion was to draw light on the mechanism between the central banks maintaining an inflation bracket above o per cent and how it is imperative for a smoother movement of the economy. Not only that, the above-mentioned instances are corroboratory facts of when inflation is a good thing, answering our doubt of why Central Banks are not taking a particular action to curb the rising inflation at the moment.

However, as mentioned, a moderate level of inflation needs to be ensured to make sure that the benefits of this phenomenon are reaped. It is because beyond a certain level and certain duration, inflation turns into a rather dangerous factor for the economy. This is why we see so many conversations taking place on this macroeconomic phenomenon.