Life is very uncertain and it can change in literally one second. Tourists enjoying their vacation after the loosening up of travel restrictions lost their lives in a flash of a moment. Yes, we are talking about the sudden cloudbursts which happened in the past few weeks in various locations of the country, destroying the place, hampering the environment and leading to many injuries as well as fatalities. Climate change is growing and it is currently at a level where it is being very dangerous for the environment, for the people and the country.

In the last month, several cloudbursts have been reported from across the country, with none of them failing to destroy human lives as well as the environment. They have been reported from several places of J&K, Union Territory of Ladakh, Uttarakhand and Himachal Pradesh. The cloud bursts have led to a sudden rise in the death toll by natural calamities, along with a rise in the number of people getting separated from their families.

A study of 2017 has claimed that most cases of cloudbursts happen in the month of July and August, but this year, the cloudbursts have been more vigorous and therefore more dangerous. Just two days ago, on July 28, a cloudburst hit a remote village of Jammu and Kashmir which led to a complete disaster. 7 people were killed, 17 were injured and more than 35 people went missing after the cloudburst. To know everything about this, we shall start from square one, right?

What is a cloudburst?

Cloudbursts are basically short term intense rainfall events over a small region. According to the data provided by Indian Meteorological Department, it is an uncertain weather phenomenon with unexpected precipitation exceeding the limit of 100mm/h over a geographical region measuring approximately 20-30 square km.

How do they happen?

It is a scientific phenomenon that when the warm winds of the monsoon get mixed with the cold winds, it leads to the formation of these huge clouds, which when burst leads to high scale rainfall. It is also due to the topographic factors. They are most likely to happen in mountainous regions due to the topographic conditions of the place. In the current scenario, they are occurring at planes too, due to the changing environment which is not at all safe for the country and its people. This brings us to our next question.

How are they dangerous?

For a country like India, which has already suffered a lot during the pandemic, losing more lives is not normal at all. Due to the huge amount of rain involved, the cloudbursts become this dangerous. Especially if it lasts for several hours, the danger intensifies. Moreover, floods are often associated with cloudbursts as heavy rainfall raises the sea level which leads to large scale destruction of the area and leads to a high number of deaths. The huge water waves sweep people as well as animals and destroy the area too where cloudbursts happen. Topographical conditions like steep hills also favour the formation of cloudbursts. From a study that was published last year, the meteorological factors behind the happening of cloudbursts in Kedarnath were concluded. There are not just one or two but a lot of factors leading to the cloudbursts. Atmospheric pressure, atmospheric temperature, huge rainfall, the rising water content in clouds, cloud cover, wind fraction, direction of the wind and the relative humidity. The results of the study also showed that there prevails maximum level of humidity and cloud cover, while the wind becomes slow and the temperature falls too.

During a cloudburst, the overall scenario becomes very scary to even imagine. The whole sky gets covered with big condensing clouds, and the rain falls at a very high rate and in just a few minutes the whole area gets filled with water.

The mortality rate went very high during the pandemic. The country witnessed many deaths during the second wave of the COVID-19 virus as the health sector of the country miserably failed. Therefore, the country cannot afford more uncertain deaths of the youth, at least not from a cloudburst.

Is this the end of cloudbursts?

Well, the simple answer to this question is a bug no. The major reason behind this is the rising climate change across the globe. A study reported that climate change will severely affect cloudbursts. In the month of May, the world meteorological department reported that there are 40% chances of the global climate rising by 1.5 degrees Celsius. Moreover, there is a 90% chance that one year between 2021 and 2025 will be the hottest year so far. But how does climate change lead to cloudbursts?

Due to the rising temperature, it becomes very easy for the atmosphere to hold more and more moisture, which when the clouds burst, lead to intense rainfall for a short duration probably for half an hour or maybe an hour. This intense rainfall leads to flash floods in the mountainous region and urban floods in the cities.

Moreover, according to the reports, it is expected that there will be a rise in the level of short term intensive rainfalls and they will become more frequent. Hence, we will surely witness more cloudbursts in the upcoming months and the whole blame behind this goes to us, as we are the major players of the rising climate change. The climate will further warm and therefore the frequency of cloudbursts will also rise.

But we can take necessary precautions if we can know when a cloudburst is coming, right? This brings us to the last question of this article.

Can cloudbursts be predicted? 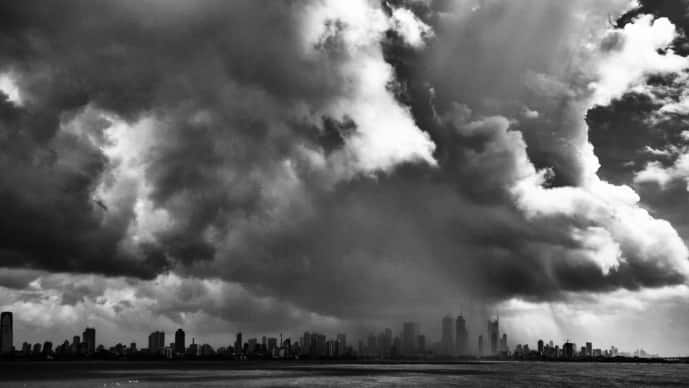 The prediction of a cloudburst is near to impossible. As said by Subimal Ghosh, who belongs to the department of civil engineering from IIT Bombay, it is a very difficult task and it is very challenging to predict a cloudburst in advance. The reason behind this is the short period of rainfall that occurs during the pandemic. In this short period, it becomes very difficult and analyses the situation and therefore the prediction can be done.

However, we should always take some precautions while visiting areas prone to cloudbursts. To reduce the fatality of the cloudbursts, the government should take appropriate measures for the same. Some of the measures which can be taken by the government to protect its people are-

Introducing better flood control systems, modify the homes and businesses in order to help them withstand floods, take measures against climate change, introduce plant trees strategically in order to prevent flooding, increase its spending on flood defences and much more. Further, the people should realise that their lives are very precious and they should not risk it and take avoid visiting mountains and other prone regions during this time of the year.