The Haqqani Network has appeared to be the most powerful group in the newly formed Taliban government. Unsurprisingly, four of the clan were nominated as cabinet members. Let’s have a look at the insides of this particular terror group.

The Haqqani Network gets its name from the leader of the group, Jalaluddin Haqqani. He first fought the Soviet Army in Afghanistan as a faithful ally of the CIA and the ISI. Eventually, he fought the US and NATO forces while defending North Waziristan, where Pakistan gave him and the entire group a hideout or safe haven.

Jalaluddin’s demise was announced as having occurred of natural causes in September 2018, although it was rumored that he had died years before. The power passed to his son Sirajuddin.

Sirajuddin Haqqani, son of Jalaluddin, is the new Interior Minister: a position that has raised eyebrows among the international community. He has been an UN-designated global terrorist since 2007, and the FBI has a prize of 10 million USD for information leading to his arrest. No recent photographs exist of him.

According to a report on the Haqqani Network released by the US-based think tank Institute for the Study of War in 2010, Sirajuddin’s mother is an Arab woman who was the second wife of Jalaluddin Haqqani. She is believed to be living in a Gulf country. 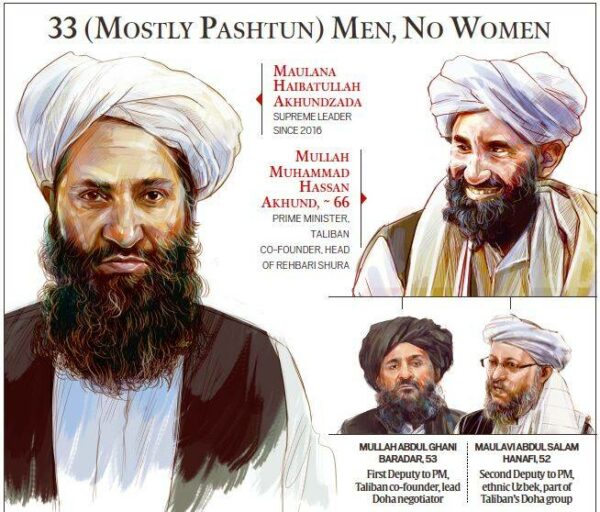 The UN listing of Sirajuddin mentions he “engaged in the financing, planning, facilitating, preparing, or executing of acts or activities by, in association with, under the name of, on behalf or in support of Taliban, al-Qaeda, and Jaish-i-Mohammed.”

It portrays him as “one of the most prominent, notorious, influential, charismatic and skilled leaders inside the Haqqani Network, and has continued to be one of the significant operational heads of the network since 2004. After the defeat of the Taliban in 2001, Sirajuddin Haqqani took control of the Haqqani Network and has since then led the millitant group into the vanguard of insurgent activities in Afghanistan”.

Sirajuddin derived much of his power and authority from his father, Jalaluddin Haqqani. Jalaluddin was also listed and described as “a linkage for al-Qaeda and the Taliban on both sides of the Afghanistan/Pakistan border.” Sirajuddin Haqqani was engaged in the suicide bombing attack on June 18, 2007, against a Police Academy bus in Kabul which allegedly killed 35 police officers.

Khalil-Ur-Rehman Haqqani: He is the uncle of Sirajuddin, who has been appointed the Minister for Refugees. Khalil was listed as a terrorist in 2011. The listing states he traveled to Gulf countries and South and Southeast Asia to raise funds for the Taliban and the Haqqani Network.

He is assumed to have been one of several people accountable for the detaining of prisoners taken by the Taliban and the Haqqani Network. The listing also associates him to al-Qaeda.

Sheikh Abdul Haqqani, an accomplice of Jalaluddin Haqqani and the new Minister for Higher Education, is the only Haqqani Network leader in the government not listed by the UN Security Council. Although, the European Union has sanctioned him.

Last month, n being designated as the shadow minister for education, he declared that while women could study, “All educational activities will take place according to Shariah.”

Role in Afghanistan and Pakistan

Jalaluddin Haqqani belonged to the Zadran tribe from the area known as Loya Paktia (Paktia, Paktika, and Khost) in eastern Afghanistan close to the border with Pakistan. He was a member of the anti-communist, anti-Soviet Hizb-e-Islami, and eventually became active as a mujahideen in the 1970s.

He passed out from the Dar-ul-ulum Madrassa, also considered as the factory producing jihadists, in the region of Akhora Khattak in Pakistan’s Khyber Pakhtunkhwa province.

As the frontier of the Cold War came to Pakistan‘s doors, he and several others trained in Pakistan for jihad. When the Soviet Army entered, he was among the CIA’s trusted ‘asset’ mujahideen. Then US Senator, Charlie Wilson, who gathered money and weapons for the war, has described him as “goodness personified.” During this time, he formed deep ties with the ISI. 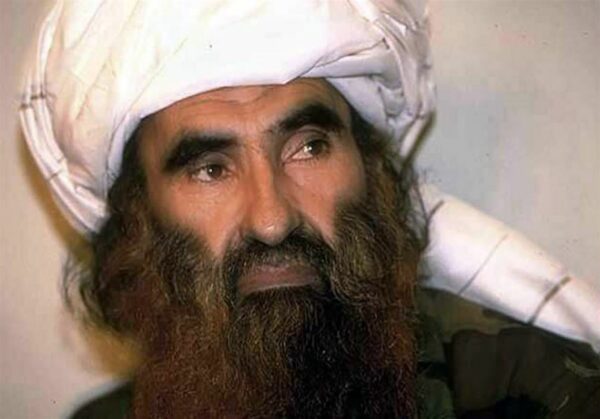 From a base in North Waziristan, Jalaluddin commanded a group of fighters for the jihad all through the 1980s. It is said that during this time, he met Osama bin Laden in Miramshah, the headquarters town of North Waziristan. He offered protection to Laden, who was fighting against the Soviet forces. While he received huge funds from the CIA and ISI, Haqqani is believed to have raised his own funds from the wealthy Sheikhs in the Gulf countries and during his annual Haj pilgrimage.

Eventually, Haqqani joined the Taliban in 1995, and he and his men fought alongside the Islamist movement against the various warring clans of the mujahideen.

When the Taliban seized Kabul in 1996, he was made the Border and Tribal Affairs Minister. The ties between him and Mullah Omar was one of the common interests. Still, it was hardly stable, with Haqqani resentful of Mullah Omar’s prominence to his inner circle from Kandahar.

After the US and allied forces’ expelled the Taliban regime in 2001, the Haqqani family escaped to Pakistan. They are reported to have taken refuge in their old hideout of Miramshah in North Waziristan. 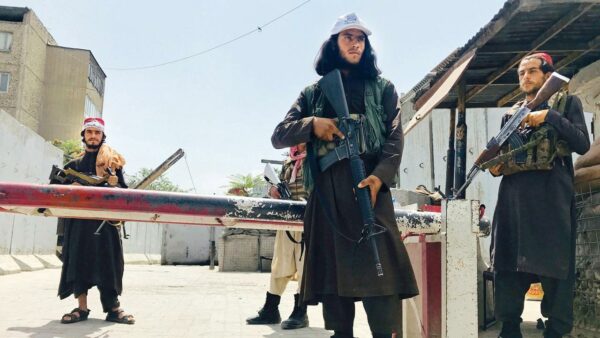 They were assumed to be running a parallel administration there, taxing people and obtaining money from construction contracts and real estate investments in the region. Another source of income was from fund-raising in the Gulf. As per reports, they smuggled timber from Afghanistan to Pakistan and kidnapped for ransom. These were some of the significant sources of money.

In 2003, when the Taliban began reforming, the Haqqani group was pivotal to their efforts. By then, Sirajuddin had almost taken over the operational functions of the Haqqani Network from his father, Jalaluddin.

According to the Institute for the Study of War summary, the Pakistani Army hesitated to launch a military operation in North Waziristan despite al-Qaeda’s senior leadership presence.

Even while coming directly to the Taliban Supreme Council, the Haqqani Network maintained its own distinct identity.

The operational capacity of the network and al-Qaeda, ISIS connections

As lately as May this year, a UN report outlined the Haqqani Network as “Taliban’s most combat-ready forces [with] a highly skilled core of members who specialize in complex attacks and provide technical skills, such as improvised explosive device and rocket construction….The Haqqani Network remains a hub for outreach and cooperation with regional foreign terrorist groups and is the primary liaison between the Taliban and Al-Qaida“.

The report, released by the Taliban Sanctions Monitoring Committee, also mentioned that one member state had steered a link between the Islamic State-Khorasan Province (ISIS-KP) and the Haqqani Network. Still, the Committee itself was inadequate to confirm this. The link centered on the head of the ISIS-KP, Shahab al-Muhajir, who “may also have been previously a mid-level commander in the Haqqani Network.”

A report of the Committee had declared that “one Member State has suggested that certain attacks can be denied by the Taliban and claimed by ISIL-K, (same as the ISIS-KP) with it being unclear whether these attacks were purely orchestrated by the Haqqani Network, or were joint ventures making use of ISIL-K operatives.”

India’s experience with the Haqqani Network

The 2008 horrible Indian Embassy bombing in which a senior diplomat and a military official posted at the Embassy were killed among dozens of others, primarily Afghan civilians, was accused by US and Afghan intelligence on the Haqqani Network.

The intelligence agency of the past Afghan government, the National Directorate of Security, had produced communication intercepts to Indian authorities that pointed to the Haqqani association, allegedly with ISI support. The CIA made a similar claim. Other reports directed to a Lashkar-e-Taiba involvement, with the backing from the Haqqani Network.

The Haqqani Network is also assumed to have been behind the attacks on Indian construction workers in Afghanistan from 2009-2012. According to security officials, the group’s long relationship with and loyalty to the ISI make it a priceless asset for Pakistan. There is significant anxiety in the Indian security establishment that Sirajuddin Haqqani is a member of the new government of Afghanistan.

Hey, this Sanjana. Am from Kolkata. Reading, writing and travelling have always attracted me. I am always ready to learn and look forward to opportunities that would enhance my career in Journalism. I spend my free time in clicking pictures with my Nikon DSLR and I find solace in poetry.
By Sanjana Simlai
Follow Us
Weather
New Delhi, IN
Mist
31 ℃
34º - 29º
74%
4.63 km/h
34℃
Sun
35℃
Mon
34℃
Tue
34℃
Wed
34℃
Thu
Recent Tech News
Facebook Twitter WhatsApp Telegram Viber
Back to top button
Close
Popular Posts
Most Commented
Recent Comments
We use cookies on our website to give you the most relevant experience by remembering your preferences and repeat visits. By clicking “Accept All”, you consent to the use of ALL the cookies. However, you may visit "Cookie Settings" to provide a controlled consent.
Cookie SettingsAccept All
Manage consent