Guinea Special Forces Sunday expelled President Alpha Conde, winning over the country in a coup. Soon after the coup, Lieutenant-Colonel Mamady Doumbouya, the special forces chief, appeared in a press conference with Guniea’s country flag on his shoulders and declared the government’s dismissal. The other institutions were called for rewriting the constitution, as reported by Reuters.

What is happening in Guinea?

According to several news reports, just a few hours before the military took control on September 5, heavy gunfire and explosions were heard near the country’s capital, Conakry, near the presidential palace. President Conde, who has been in command for just over a decade, has been imprisoned by the armed forces. In a specific video that went viral on social media, Conde was seen wearing jeans and an untidy shirt. 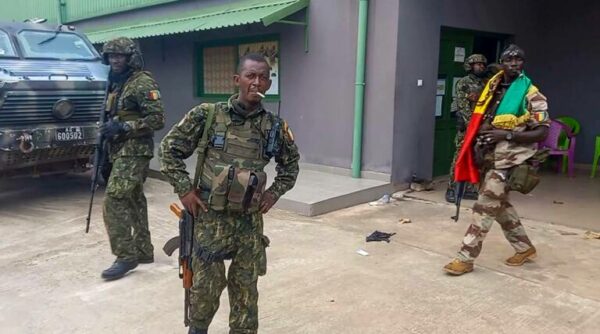 Military head Doumbouya, as reported by The New York Times, informed the press conference: “We are no longer going to entrust politics to one man, we are going to entrust it to the people. We come only for that.” He added that it was a soldier’s duty to save a country. The truth behind the statement is yet to be discovered.

Doumbouya, ensuring the formation of a new government, guaranteed that there would be no “witch hunt” of the former government officials. He also asked the former ministers and president security personnel to cooperate with the military; it was also declared that any defaulter would be viewed as a rebellion.

Mentioning reasons for the coup, Doumbouya stated mismanagement, corruption, and poor governance had persisted in Conde’s administration. According to him, the coup was necessary for the people. Speaking to France 24 on Monday, Doumbouya stated, “We are here to allow Guineans to live together and for all of us to enjoy the benefits of this country. That is our objective. We are not here to play games. We are here to learn from mistakes.” He also said the army was there to “help develop the country” and “end the agony of Guinean people.”

Doumbouya assured that Conde was in a safe place and had seen a doctor.

Mamady Doumbouya is a 41-year-old ex-French cavalier who graduated from the École de Guerre war college in Paris, France. Doumbouya belongs to Guinea’s Kankan region and is from the Malinke community, according to various news sources.

According to rfi.fr, a French news agency, Doumbouya has had a 15-year-long army career with the Foreign Legion and has also served in Cote d’Ivoire, Djibouti, the Central African Republic, Afghanistan, Israel, Senegal, Gabon, and Guinea. Conde recruited Doumbouya to return to Guinea in 2018 and command the then newly-established Special Forces Group (SFG), whose target was to fight terrorism and piracy.

How long has President Alpha Conde been commanding?

President Alpha Conde was Guinea’s first democratically elected president. He was elected in 2010 when democratic elections took place in the nation for the first time after Guinea gained independence from France in 1958. Authoritarian presidents ruled the country until Conde’s multi-party democracy win. Hence, Conde’s win was viewed as a savior for Guineans from rampant poverty. 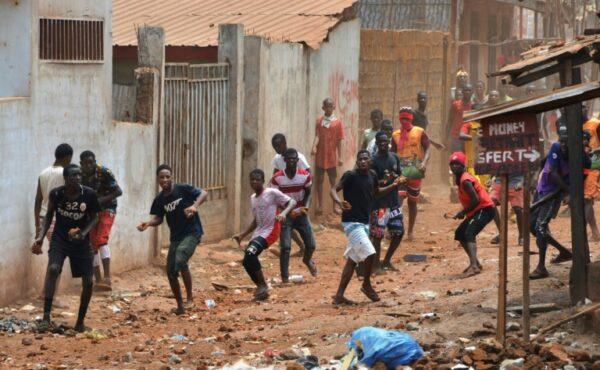 Conde had hardly escaped an assassination attack in 2011 when shooters opened fire on his house.

In 2015, Conde was re-elected with 58 percent out of 4 million votes. But opponent leader Cellou Dalein Diallo had refused to acknowledge the result and had declared that the election result was rigged.

In March 2020, Conde challenged the constitution, amended the two-time constitutional limit of a president being allowed for an election, and declared that he would stand for the third time. This move was criticized by many citizens and the opponent too. Conde’s third term led to a range of widespread protests in the country. Amnesty International had said at least 50 people had died, and 200 had been seriously injured in the clashes between protestors and the people.

How has the world reacted to the coup?

While many people in Guinea took to the streets to express their joy over the detention of the president, many also worried about a recurrence of the history of authoritarian rule.

The West African regional bloc, also known as ECOWAS, denouncing the act, has also petitioned the immediate release of the president and warned to impose sanctions.

United Nations Secretary-General Antonio Guterres tweeted on Sunday, “I am personally following the situation in Guinea very closely. I strongly condemn any takeover of the government by force of the gun and call for the immediate release of President Alpha Conde.”

The United States Department of State issued a statement, “Violence and any extra-constitutional measures will only erode Guinea’s prospects for peace, stability, and prosperity. These actions could limit the ability of the United States and Guinea’s other international partners to support the country as it navigates a path toward national unity and a brighter future for the Guinean people.

Urging to end the Violence and uphold the constitution by standing by the law, the statement added, “We reiterate our encouragement of a process of national dialogue to address concerns sustainably and transparently to enable a peaceful and democratic way forward for Guinea to realise its full potential.”

Diplomatic relations between Guinea and India have been welcoming and friendly. India kept an embassy in Conakry but shut it down after more than two decades of operation in 1988. Consequently, the Embassy of India in Abidjan, Cote d’Ivoire, was together accredited to Guinea. Guinea inaugurated its embassy in New Delhi in April 2012. India has kept an honorary consul in Guinea since 1989.

Guinean President Ahmed Sekou Toure took a four-day tour to India in March 1981 and held talks with Prime Minister Mrs Indira Gandhi. He visited the country again in March 1983 to attend the NAM Summit in Delhi. There have been regular visits to India by Guinean Ministers Minister of State for External Affairs, India, Preneet Kaur visited Guinea in January 2014. This was the first ministerial visit since the closure of Indian Embassy in Conakry in 1988. Kaur held bilateral talks with President, Prime Minister, and Foreign Minister. During the visit, the two nations signed an agreement to establish a Joint Commission between the Foreign Ministries of the two countries and an MoU to hold regular Foreign Office Consultations.

Only time will tell what the new government has in store for the people of Guinea.

Deecro: Your one stop destination for business digital requirements