On July 10, External Affairs Minister S Jaishankar handed over a portion of the relics of Queen Ketevan to the government of Georgia and its people at a touching ceremony. The ceremony witnessed some noteworthy presence of His Holiness and Beatitude Ilia, Catholicos-Patriarch of All Georgia, and the Prime Minister of Georgia Mr Irakli Garibashvili. The handing over event took place in Georgia’s capital, Tbilisi.

Who was Queen Ketevan? 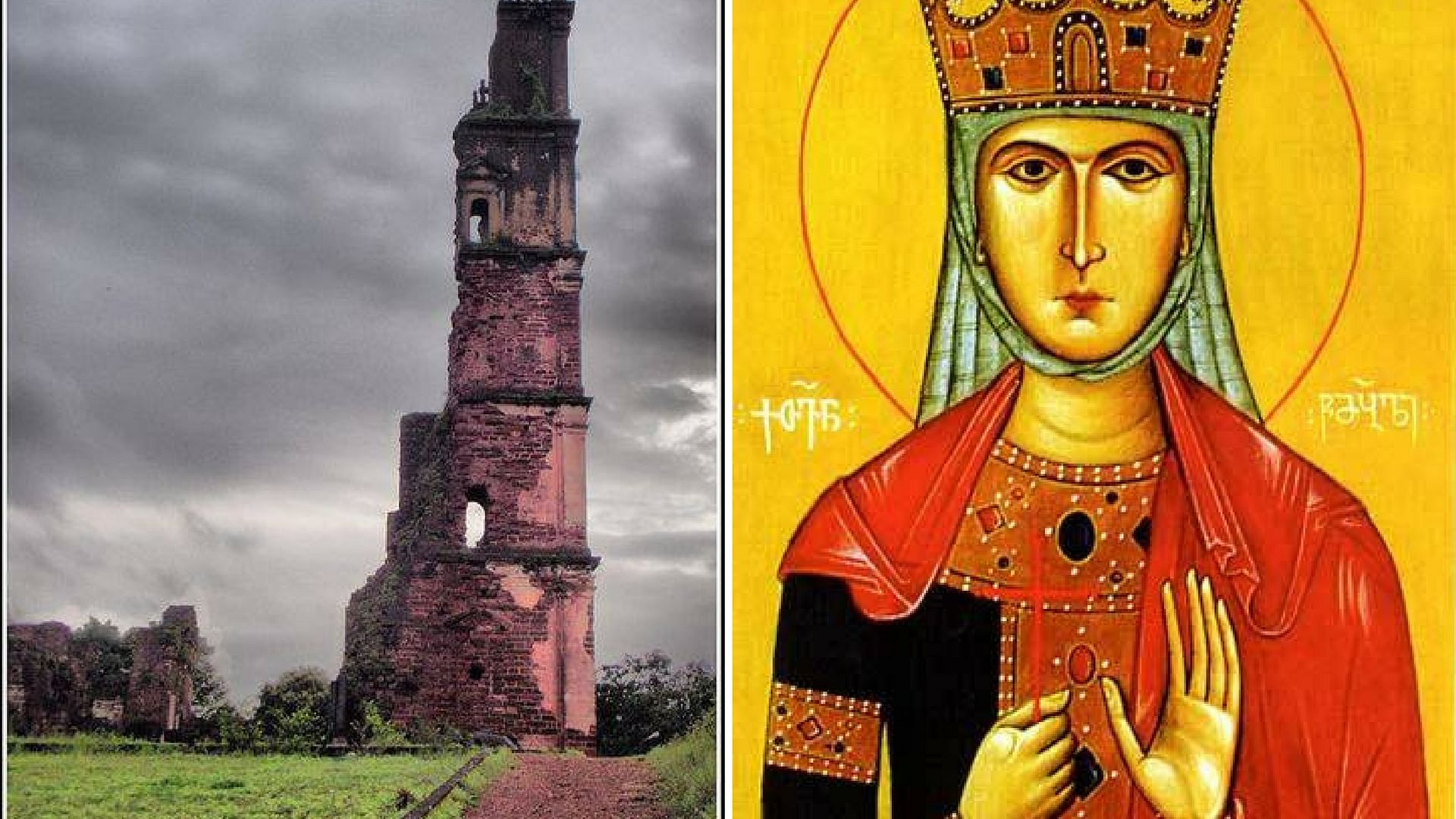 Born to Prince Ashotan of Mukhrani (Bagrationi), Ketevan was married to Prince David of Kakheti who later became the king of Kakheti (1601-1602). King David I died in 1602, leaving Kakheti to his father, Alexander II. After David’s death, Ketevan engaged herself in religious activities and charity. In 1605, Alexander II was dethroned and executed by his son Constantine I with support from the Safavid dynasty of Iran. Constantine was brought up in Persia where he converted his religion to Islam and hence became Constantine Khan.

Ketevan who was a devoted Christian united the Kakhetian nobles against Constantine and defeated his loyal army. The patricide died in the battle. According to historic pieces of evidence of the Safavid dynasty, Ketevan showed mercy to the usurper Constantine’s remaining supporters and his Persian officers. She instructed that the wounded enemy officials and soldiers be treated with compassion and also offered them to join in service if they wished. Ketevan compensated the Muslim merchants who endured huge losses in the war and set them free. She laid Constantine’s body in rest with full respect and sent it to Ardebil.

Soon after the battle, she negotiated with the suzerain over Georgia, Shah Abbas I of Iran to authenticate Teimuraz I (Ketevan’s underage son) as the rightful king of Kakheti, and her position as a regent. In 1614, Teimuraz sent his mother as a negotiator to Shah Abbas where things started going out of control. As an honorary hostage, Ketevan surrendered herself in a failed move to safeguard Khaketi from being charged by the Iranian soldiers.

Soon enough, Ketevan had to pay the price for the mutinous activities of her son Teimuraz. The Queen was held in Shiraz for several years until when as an act of revenge, Shah Abbas ordered Ketevan to give up Christianity and embrace Islam. Ketevan who was an ardent and devoted Christian refused the order. Her refusal was not accepted by Shah Abbas, he started torturing her with red hot pincers, which eventually killed her in 1624. The Queen who fought for her belief was canonized by the Patriarch Zachary of Georgia.

Parts of the Queen’s relics were secretly taken to Georgia by the St. Augustine Portuguese Catholic missioners who were the eyewitnesses of Ketevan’s martyrdom. Those portions were buried at the Alaverdi Monastery. In 1627, the rest of her remains were brought by the Portuguese to Goa, where they were buried under the St. Augustine Church. After many years of the expedition to Goa and research, in 2013 the remaining portions of the relic were believed to be discovered finally in Goa, under St. Augustine. 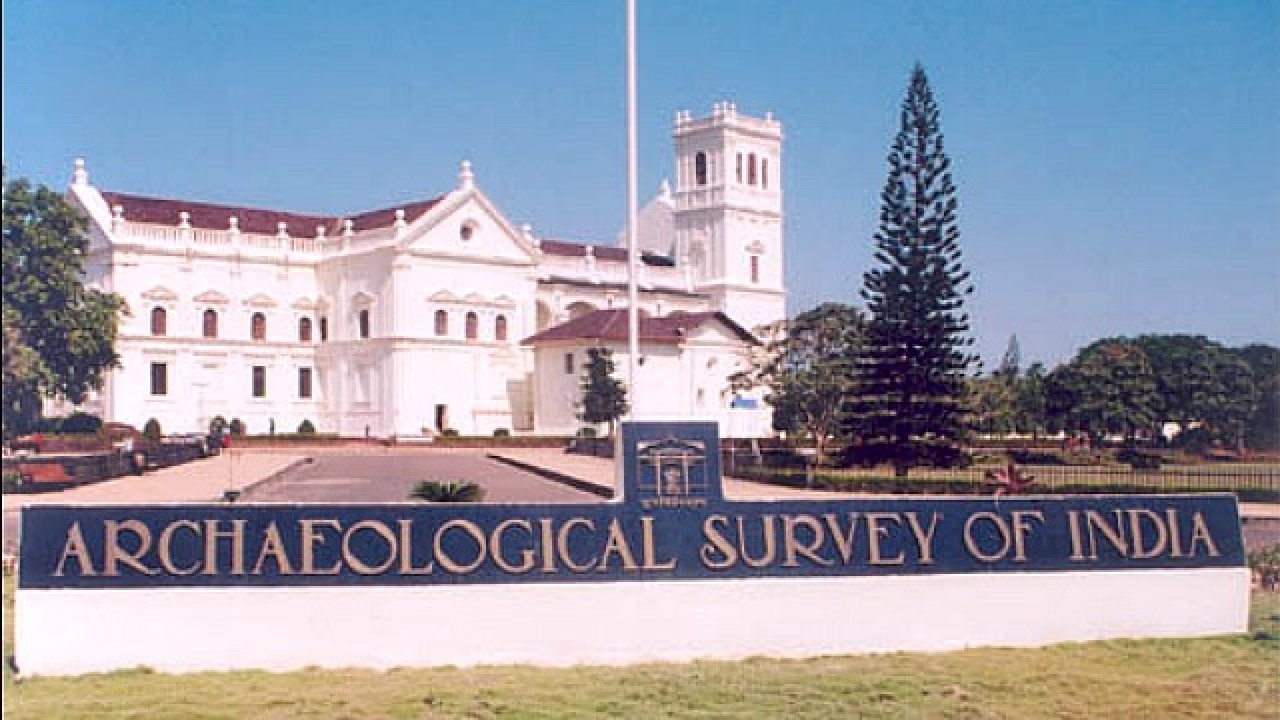 Queen Ketevan’s importance for the people of Georgia initiated the search for the relic in the last few decades, significantly in Goa. Since the late 1980s, several delegations from Georgia visiting India joined hands and worked unitedly with the Archeological Survey of India (ASI). Their attempt was to locate the Queen’s grave within the wreckage of St. Augustine at Old Goa. Their efforts were not yielding any positive results because the teams were unsuccessful at interpreting the Portuguese archives that supposedly mentioned the exact location of the Queen’s burial ground.

The Portuguese historical archives mentioned that Queen Ketevan’s palm and arm bone pieces were preserved inside a stone casket beneath a specific window situated inside the Chapter Chapel of the Augustinian Convent. During a collaboration work between Sidh Losa Mendiratta (Overseas Citizen of India) an architect, the Portuguese and the Archeological Survey of India, the Chapter Chapel and the window mentioned in the documents were finally located. However, the stone casket was missing and several fragments of bone were discovered close to the mentioned window.

It was the result of several years of diplomatic requests and vigorous work to construct the identity of Ketevan. Only in 2005, the hard works of archaeologists proved to be fruitful and the Queen’s relics were discovered. With the discovery of the bone fragments, the Archeological Survey of India ordered the CSIR-Centre for Cellular and Molecular Biology at Hyderabad to carry out DNA analysis.

The moment of satisfaction arrived when the CSIR confirmed its identity as Queen Ketevan’s authentic remains. In 2017. The Government of Georgia officially requested India to send the relics to the country for exhibition for six months. The Queen’s relics were personally welcomed by His Holiness and Beatitude Ilia II. The Georgian government further extended the time period for another six months. The relics were brought back to India in September 2018.

According to government officials, the Georgian government has persistently requested India for granting the permanent transfer of the Queen’s relics. The Indian government after taking into consideration the non-stop requests and the historical, spiritual and religious sentiments linked to Saint Ketevan, decided to present one part of the sacred relics to the Georgian people. The Indian Government’s decision was welcomed with gratitude by the people of Georgia.

According to a Government official, the larger portion of the relic still remains with the Archeological Survey of India in Goa and is expected soon to be displayed publicly for the first time. The smaller portion had been handed over to Georgia, where it is likely to be publicly displayed with the quotation “gift from people of India to people of Georgia.”

India’s first Prime Minister Jawaharlal Nehru visited Tbilisi in 1955. The tour was made during his tour of Russia and met with Aka Morchiladze, a Georgian Indologist and Sanskrit scholar. Indira Gandhi paid a visit to Tbilisi during her Soviet Union tour in 1976. Again in 1978, India’s then Foreign Minister Atal Bihari Vajpayee visited Georgia.

On December 26 1991, India was among the first few countries to recognize Georgia officially. Since 1992, diplomatic relations were constructed and in May 2000 Georgia’s Foreign Minister Irakli Menagarishvili paid a friendly visit to India. This event marked the first diplomatic visit amongst the two nations since Georgia earned its Independence. Menagarishvili engaged in bilateral discussions with his Indian counterpart, Mr Jaswant Singh. India, being a close friend of Russia, had to remain neutral during the Russo-Georgian War in August of 2008.

Bilateral trade between the two nations amounted to $ 107.04 million in 2015-16. India also has a considerable amount in Georgia’s Foreign Investments. The recent move by the Indian government is predicted to improve the relationship and enhance economic and cultural ties between the two countries.

Hey, this Sanjana. Am from Kolkata. Reading, writing and travelling have always attracted me. I am always ready to learn and look forward to opportunities that would enhance my career in Journalism. I spend my free time in clicking pictures with my Nikon DSLR and I find solace in poetry.
By Sanjana Simlai
Follow Us
Weather
New Delhi, IN
Mist
26 ℃
33º - 26º
100%
2.57 km/h
33℃
Sun
36℃
Mon
37℃
Tue
36℃
Wed
35℃
Thu
Recent Tech News
Facebook Twitter WhatsApp Telegram Viber
Back to top button
Close
Popular Posts
Most Commented
Recent Comments
We use cookies on our website to give you the most relevant experience by remembering your preferences and repeat visits. By clicking “Accept All”, you consent to the use of ALL the cookies. However, you may visit "Cookie Settings" to provide a controlled consent.
Cookie SettingsAccept All
Manage consent