After the news of Tesla officially setting foot in the Indian market, there have been several rumors running online about the partnership of Tesla and Tata Motors. To answer these rumors once and for all, the chairman of Tata Motors N Chandrasekaran explained that there has not been any communication between the company and Elon Musk, and there are no signs of any kind of partnership with Tesla. However, not to forget, the chairman of the company N Chandrasekaran mentioned the company’s plans with Jaguar Land Rover. He also mentioned that the company Tata Motors and Jaguar Land Rover are already doing great in the marketplace and that there is no need for any kind of outside partnership at this point. The rumors about Tesla being in partnership with Tata started when there was a tweet from Tata Motors EV about welcoming Tesla into the Indian market. Tata has already been successful in entering the Indian EV market and the best selling electric car in the Indian market being Nexon EV
See How Nexon EV Became A Huge Success
The Nexon EV by Tata Motors was introduced on the 28th of January, 2020. The model showed tremendous growth in sales without even the presence of an EV adoption segment, called the fleet, due to the pandemic. With the arrival of the COVID-19 pandemic, the EV industry was heavily impacted in terms of the development of charging infrastructure, fleet segment, mobility in the cities, and public transport. Despite all these barriers and the additional slowdown in the market that came with the pandemic and the nationwide lockdown in the country, Nexon EV managed to make a mark in the market. Tata has been working on the principle of making electric mobility affordable with the introduction of Nexon EV which has a range of about 312 km and the price starts with Rs. 13.99 lakh. While other companies offer electric SUVs, Tata’s affordable pricing of the cars has made their cars even more preferable. With Tesla entering the market, winning the competition with Tata is not promised with the kind of customer base that Tata already has and the affordability it provides while on the other side also considering how expensive the Tesla cars would be as their initial batch would be CBU imports.
Regardless of losing its foothold in the market in the first quarter due to the COVID-19 pandemic, the EV industry was able to sell about 2,959 units of electric cars during the April-November 2020 time span and not to forget all these sales without the fleet segment. The interesting thing to notice here is that of all the 2,959 units, about 2,086 units were of Nexon EV It will be difficult not to say that almost the entire growth in the sales of the electric car industry came from the Nexon EV. It is said that without the introduction of the Nexon EV, there would have been a decline in the growth of the industry by almost 15-20 percent. 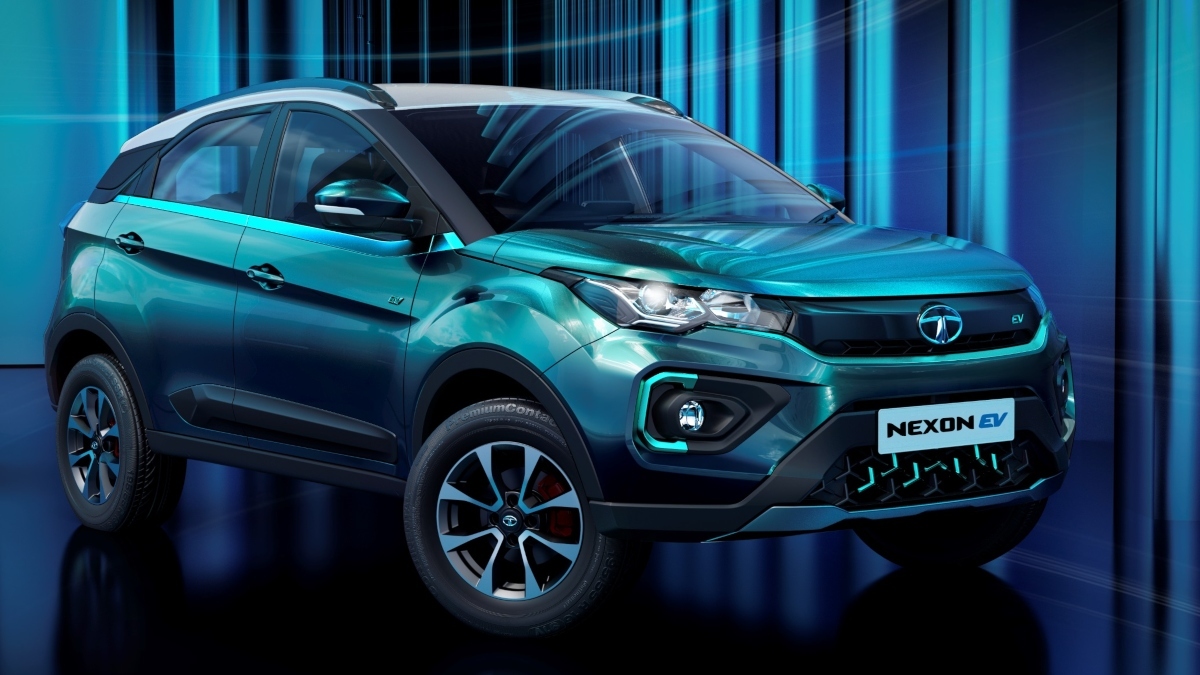 Jaguar On Becoming An All-Electric Brand
An announcement has been made by the Jaguar company declaring that it is likely to turn into an all-electric car brand in the next 5 years by 2025. The company has also announced t launch the I-Pace performance EV in the Indian market real soon and that they have already started accepting orders for the same. The announcement for the price of the EV will be done in the next few weeks. The Jaguar Land Rover group has also announced its global strategy ‘Reimagine’ recently. By 2026, Land Rover is likely to launch six variants of all-electric Discovery, Defender, and Range Rover. Jaguar has planned to have 100 percent sales of an electric car while at the same place, Land Rover has planned to have its 60% of sales come from the electric range by the year 2030.
There have been many reports saying that the Jaguar Land Rover group is likely to expand to the development of fuel-cell cars. However, the group is yet to announce in this regard. It is expected that in less than a year, the world’s first hydrogen-powered prototype will be released which is still under progress by the Zeus initiative. It is expected to e a variant of SUV-the Range Rover. Starting 2025, there is not going to be any Jaguar production that will be powered by an internal combustion engine.
Impact Of The Tata-Tesla Online Buzz
In January 2021, the shares of Tata Motors reached an all-time high of Rs. 278, up by 7 percent on the BSE on the intra-day trade. The stock of the company was trading at the highest level since September 2018. Now the reason for this can not solely be the rumors that were running around about the Tesla-Tata partnership but it is also important to not forget that at the same time the buzz was there, the stocks of the company rose immensely.

Telecom Spectrum Auctions 2021 - All you need to know

By snigdha
Follow Us
Weather
New Delhi, IN
Mist
31 ℃
33º - 29º
89%
3.6 km/h
33℃
Mon
29℃
Tue
28℃
Wed
31℃
Thu
34℃
Fri
Recent Tech News
Facebook Twitter WhatsApp Telegram Viber
Back to top button
Close
Popular Posts
Most Commented
Recent Comments
We use cookies on our website to give you the most relevant experience by remembering your preferences and repeat visits. By clicking “Accept All”, you consent to the use of ALL the cookies. However, you may visit "Cookie Settings" to provide a controlled consent.
Cookie SettingsAccept All
Manage consent