Moscow claims it could produce doses in September. The Gamaleya prototype is about to start phase III, but its results have not yet been published.

Russia wants to become the first country to produce a COVID-19 vaccine. Authorities are stepping on the gas and hope to record one of the two immunisations their scientists are working on before August 14 and start producing it in September. However, the speed of the tests raises doubts among different experts, who believe that the preparation period is too short for the drug to be effective and safe.

Unlike other advanced-stage vaccines, Russia has not published the results of its trials. Something that fuels uncertainty, and more after the United Kingdom, Canada and the United States accused spies linked with Moscow to hack international institutions to steal information on immunisation. The Kremlin has angrily denied all the allegations and Russia is sticking to its schedule. In March President Vladimir Putin agreed that they would have a vaccine in September; Russian institutions work at full speed to meet those expectations.

About the Russian vaccine 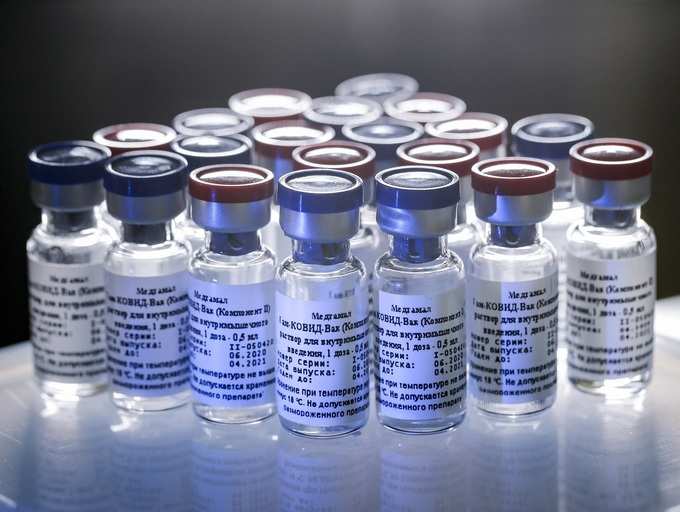 Developed at the Gamaleya Institute of Epidemiology and Microbiology and funded by the Russian Direct Investment Fund (RDIF) – Russia’s sovereign wealth fund, with a reserved capital of about $10 billion – the vaccine that the Russian authorities phase two is considered more promising. It has been tested on military “volunteers” and on two groups of civilian “paid volunteers”; also, in some of the scientists who work in the program, something that has generated a resounding ethical debate. Official sources assure that no adverse effects have been detected in the people who were given the drug, beyond symptoms of the cold and redness at the injection site.

The next step now is for the Ministry of Health to register Gamaleya’s vaccine – a step that is equivalent to giving its approval – and immediately after that phase three begins, in which it will be tested with thousands of people in Russia, Saudi Arabia and the United Arab Emirates; then a voluntary program for health workers could begin, said Deputy Prime Minister Tatiana Golikova, who is in charge of the anti-coronavirus device, explained this week. The second vaccine, developed by the Novosibirsk Vektor Research Center (one of its strategic laboratories and like Gamaleya, public), will traverse a similar path and authorities hope it will be ready in October.

Russia, with 145 million inhabitants, has registered 835,000 coronavirus cases and more than 13,800 deaths, according to official figures that analysts and independent experts believe, however, an underestimation. It is the fourth country in the world with more cases behind the United States, Brazil and India.

Like other projects, Russia is developing its vaccine using the backbone of an already developed one (in its case one to fight Ebola) and modifying it. And that, say the scientists working on the project, has accelerated the work. Gamaleya immunisation uses an adenovirus as a vector to deliver the genetic material of SARS-CoV-2 to patients and once in the person’s body, parts of the coronavirus pathogen within adenoviruses stimulate an immune response in the host. against SARS-CoV-2. The Gamaleya vaccine is made up of one and a booster dose.

Gamaleya’s project is included in the WHO registry that lists the 25 candidate immunisations under clinical evaluation. But in the race to be the first team to unravel the code that makes coronavirus vulnerable and achieve an effective vaccine, it competes against other countries, including the United States and China – the two largest economies in the world – and alliances between States and large private pharmaceutical laboratories.

Moderna, for example, developed by an American company of the same name, has already been tested on 30,000 volunteers and the results published so far are considered promising. Also, that of the University of Oxford together with the AstraZeneca laboratory or the Chinese vaccine CanSino have published results in The Lancet. But none has yet proven to be safe or effective, and many experts believe that until the end of the year there will be no immunisation; and that at the earliest.

Vitaly Zvérev, director of the Institute for studies of vaccines and sera Méchnikov (public) believes that the deadlines handled by the Gamaleya vaccine are too short. “If we talk about a proven effective drug, safe and ready for a massive application, it is impossible,” ditch by phone. “This rush scares me. Vaccines used in the general population are not made in such a short time. Its efficacy and safety are not being thoroughly studied ”, he warns. “And who is going to produce it in such large quantities? A very serious technological base is required ”, adds Zvérev, who believes that there will not be an adequate vaccine before the end of the year.

Like others, the expert at the Méchnikov centre believes that one of the fundamental factors in Russia’s haste is more related to prestige than to the expansion of the COVID-19 cases. For years, one of President Putin’s goals has been to return Russian science, once among the most innovative in the world, to the front row. In recent years, not too many Russian scientific works have been published in top-level scientific journals, and increasing that number of publications with good research is precisely one of the Russian leader’s priority objectives, expressly included in his so-called ‘National Programs’, the main lines of his mandate.

A part of the clinical trials has also raised doubts for the experts, who believe that an ethical line may have been crossed when the researchers themselves self-administered it. The procedure is not correct, explains Ludmila Lapa of the Moscow Immunological Correction Center (private). “The tests must be done with the double-blind method: the person receiving the immunisation does not know what was injected and nobody knows who received the vaccine and who received the placebo. If those who receive the vaccine are going to be the same in analysing the results, the process will be corrupted, ” he warns. The Gamaleya Institute declined to comment.

Meanwhile, the Russian authorities assure that they are preparing their data and that they will soon be available for academic peer review. “Our confidence in the vaccine should be absolute,” President Vladimir Putin said Wednesday in a televised meeting with members of the government on the health system.

Kirill Dmitriev, director of the Russian Direct Investment Fund, which finances the Gamaleya project, says that 30 million doses could be produced this year in Russia and 170 million abroad and that they are in advanced talks with a handful of countries in the world. Latin America, Africa, Asia and the Middle East to transfer the vaccine technology so that it can be replicated elsewhere. The RDIF director has rejected questions about the safety and efficacy of immunisation and ensures that the testing and approval procedures are very strict. “I am so confident in the vaccine that I injected it myself,” he told CNN a few days ago.

Dmitriev’s words swelled the controversy sparked by reports that some members of the Russian elite had already been immunised with the test vaccine. They are data published by Bloomberg, with different solvent sources, but which the Kremlin has denied.

“It is good to want to win,” says the expert Ludmila Lapa, “it is what moves science, but you have to be very careful because health does not return.”

Google Has Finally Unveiled its Latest Line-up of Pixel Smartphones. Google will be Launched its Pixel 4A in India Soon! Here all You need to know about Specification of Google Pixel 4a!