The parties flout the 30% quota reserved for women, which is around 15% in the federal Congress, state parliaments, mayors and councils. Several initiatives form candidates for the municipality in Brazil.The Senate of Brazil took advantage of a Christmas break to do a small work of historical significance. When the workers finished, the plenary finally had a toilet for the senators. It was nothing, in 2016. The twelve women senators of that legislature, like all their predecessors, were forced until then to use the bathroom of the restaurant next door.

After years of demands, the representatives of the popular sovereignty managed to divide the men’s service in two. The long struggle to achieve this cleanliness in Brasilia – designed by the great Oscar Niemeyer as a symbol of modernity – better reflects the presence of elected women in Brazilian institutions than having a female president. How is it possible that a country with quotas of 30% for women for 25 years has only 15% of congresswomen?

Yes, Dilma Rousseff made history. The first Brazilian women at the head of the State. But that achievement was not a reflection of a significant female presence in the lower echelons of power. She got there thanks to the popular vote and Lula da Silva, who put her on the starting line. Her presidency also did not translate into a significant increase in women in politics.

Now, with a president who was convicted of telling a deputy that she was so ugly that “she did not deserve to be raped”, the conditions are more adverse. It is not that Dilma Rousseff’s Cabinets were equal, but Jair Bolsonaro only has two female ministers. That is, they are five times less than the male ministers. Furthermore, the President considers gender equality to be a “dangerous communist ideology”.

But underneath that facade, there is a structural problem. Dilma was largely a mirage because Brazil follows the world’s tail in deputies, senators, governors, mayors and councillors. Some civil society initiatives are forming candidates with their sights set on the municipal elections next November.

“It is a shameful situation that places Brazil among the worst countries in the world concerning political participation of women and the defence of their rights” Aurea Carolina de Freitas Silva, 36, a federal deputy of the leftist PSOL since that year, sentenced by phone. past and candidate for mayor of Belo Horizonte. “Having quotas is not enough”, affirms this black woman who is a true rarity in a Congress that has little to do with the diversity that characterises Brazil. White men are the overwhelming majority. 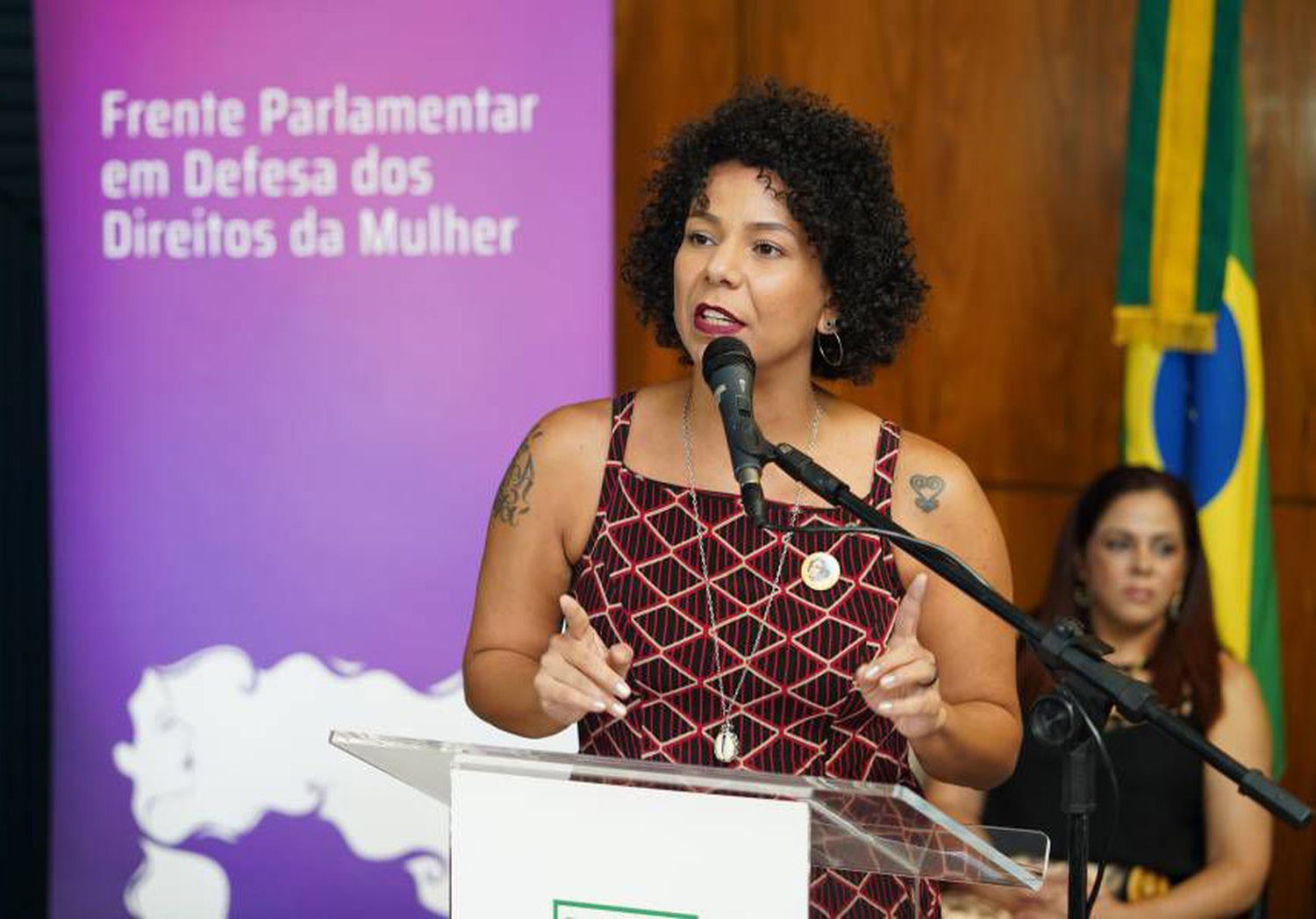 They gain political presence and power at a snail’s pace even though for 25 years, there have been legal quotas to encourage their entry into politics. And although 15% of female deputies is a small number if compared to the rest of the world, the truth is that it is a record: there have never been so many in the lower house. Where is the catch?

The brief explanation is that the resistance of the parties – of all, although somewhat more from the right than from the left – has been fierce during these years. The white men who dominate the formations do not want to give up their power. “The parties have used every loophole they have found to dribble the quotas”, emphasises Hannah Marucci Aflalo, a researcher at the University of São Paulo specialising in female political representation. “At first they used the semantic argument, then they created fraudulent candidacies”, says the academic, whose detailed explanation is summarised as follows: the parties, with their entrenched sexist structures, began by arguing that the norm only forced them to reserve 30% of lists for women, not for them to fill them. They said they were looking for applicants but could not find them.

When the rule was reformed to force them to have a third of female candidates, fraudulent candidacies proliferated. They put any feminine name and it didn’t matter if they got a vote, they complied with the letter of the law. A third of female deputy candidacies in the last elections were false, according to a study. Moreover, almost all the parties had a candidate who did not get a single vote. If they voted, it was for another.

In a perverse twist, the parties obtained taxpayer money to support women, but they still did not gain power. This is how explains Marucci Aflalo, the 2018 reform was achieved, whereby 30% of public electoral funds go to the campaigns of the candidates. For the specialist, it is a positive change because now it’s about financing”. The parties are not going to want to throw money away,” he says.

Once again, some parties interpreted it in their way to minimise the changes. Instead of feminizing their lists, they invested in only one and suddenly in the last elections the female vice-candidates multiplied, like vice presidents and vice governors.

The Brazilians won the right to vote in 1932, and Dilma Rousseff ruled in 2011-2016, but right now there is only one woman among the 27 governors – from the Workers’ Party, Lula da Silva and the former president. But that’s not the worst. In the Legislative Assembly of one of the states, Mato Grosso do Sul, there are no women. Not even one. The 24 state deputies are male.

Brazilian politics is so masculine that it is rare on Sunday that the selection of phrases of the week that appears on the most read newspaper are pronounced by a woman. An absence that contrasts with the striking presence of female analysts in the press and on television or in charge of police investigations.

A Bolsonaro deputy has just presented a bill to eliminate the 30% quotas because he says, it represents an “ideological burden”. There is another bill that demands, instead, that half of the seats – seats, not placed on the lists – be reserved for women, including 27% for blacks. Because although black women make up 27% of the population, they are a paltry 2% of the deputies.

“We had to build exceptional trajectories to be here,” says Freitas Silva deputy about herself or to party colleagues such as the murdered Marielle Franco, a Rio councillor, or the also deputy Talíria Petrone. Black women (and feminists) who, before coming to the forefront of politics, forged solid careers in social movements or academia.

In the year and a half that she has been in Congress, she has had to put up with discriminatory attitudes and comments. But you don’t want to focus on that. She prefers to highlight her work so that the needs, demands and desires of women and blacks, of course, but also of LGBT Brazilians, with disabilities or indigenous people, are heard in the spaces of power.

This leftist deputy explains that sometimes, even in this polarised Brazil, there are moments of the sorority, of complicity between the deputies despite how much it separates them. “They are specific moments. I remember the day that a PSDB deputy was leading the plenary session and a deputy made a macho comment. We all sympathise with the victim”.

If getting there is difficult, holding firm in the office is too. That Bolsonaro is famous for his vile, misogynist comments did not stop him from winning among the female electorate. And although the prosecution is investigating him for misogyny, his popularity breaks records. That gives a measure of the environment. Pornographic messages, sexist defamatory campaigns, sexist jokes, threats or criticisms of appearance are constant for Brazilian politics. Many defenders of the former president see misogynistic elements in the campaign that culminated in her impeachment. Apart from “whore”, she often heard “Dilma, go home!” “Dilma, go scrub.” The battle cry now is “Out with Bolsonaro”. Nobody sends him home or to wash.

Hiring in India picks up pace during April to June: LinkedIn