The Indian rupee, the most valuable asset on the Asian forefront over the past few years. In March, the Indian rupee was Asia’s best-performing currency surging ahead to new highs before the pandemic. How woes could worsen within a daydream! The currency, which was yielding high returns to its investors, goes straight back to the levels last seen in the depths of the pandemic meltdown.

According to Parul Mittal Sinha at Standard Chartered Plc, the economic valuation of the Indian rupee has been a significant contributor in the South Asian financial markets. The situation was extorted due to the discretionary tactics imposed by the government of India. The profound impact of the degradation of the Indian rupee will hurt the markets staggeringly, and the economics would get disrupted even more.

What will presumably unfold for the Indian rupee in the Fiscal year 2021-22.

The Indian currency turned the global stage into a range fire, where it overshadowed all the other currencies across the world. But the heads butted against the wall, and we will be back where we belong. The currency will drop toward 76.5 to a dollar. The estimation would be 4% weaker than the current levels. The head of macro trading suggested that until 2022 there would be no upheaving of the Indian rupee. And the woes could worsen even more if inflation persists in the Indian economy.

Surprisingly, when the Indian forecasters were gauging their profits, a streamlined breakdown throttled their way. It is the most bearish forecast seen among analysts and runs counter to expectations for staying strong. The crumbling sectors would get even more angulated due to the constraint pressure of the RBI. Economic rebounds would go down the peril, and the Indian rupee valuation would be struggling again. The positioning of the Trade Deficit will increase to greater heights which could be a worrying context in the grand scheme of exports and imports businesses in India. 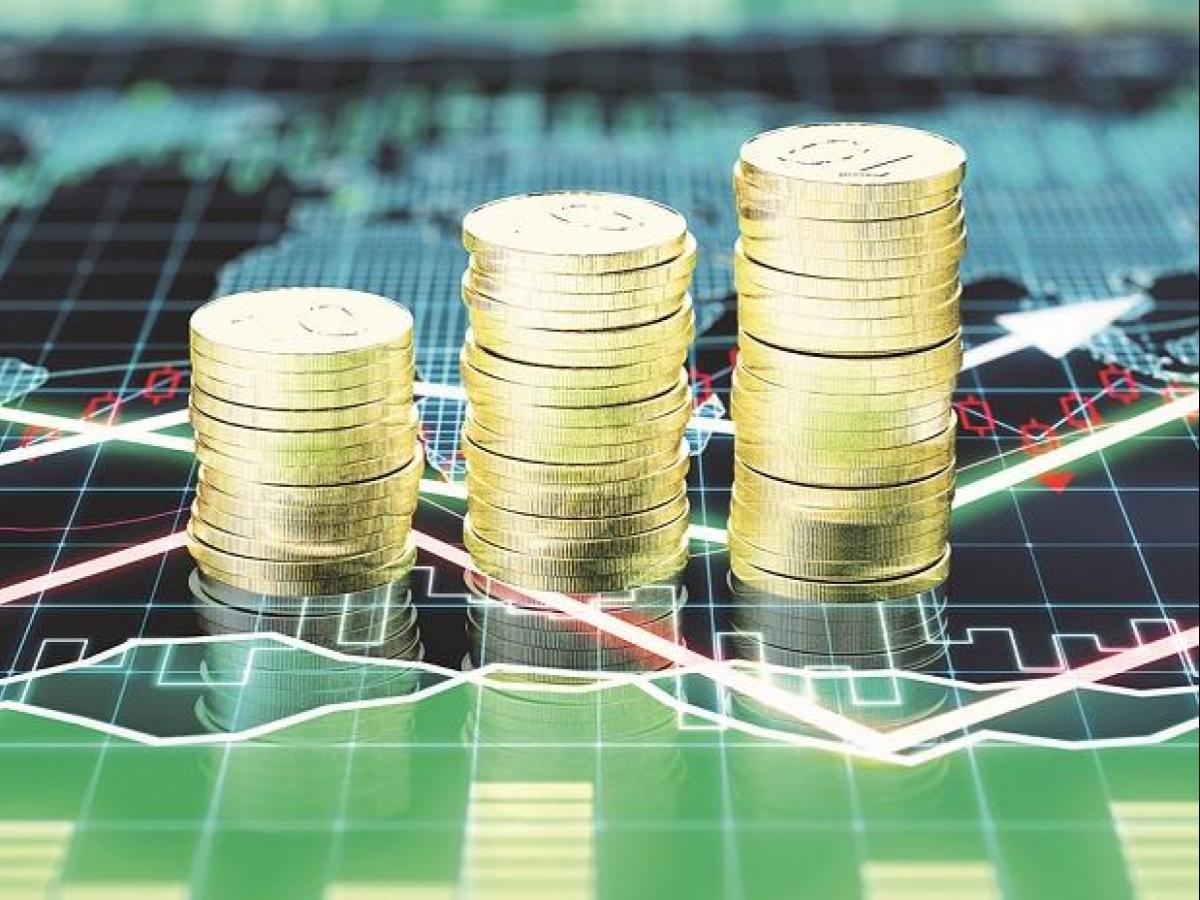 How Did the Indian currency seize such a gigantic surplus?

The rupee out of all the prolific gainers has turned out to be a surprise winner in Asia this year. Expectations of the recovery have had its thumping on making it more valuable to the US currency. A rare occurrence of surplus in the current account has prospered its shielding from the whacking of the rising US yields.

It has outperformed the Chinese Yuan and the tech-reliant currencies of the Taiwan dollar and the Korean Won. All these currencies were forecast to gain prolific revenues as the global economy rebounds. Despite the troublesome moments, the Indian rupee outsourced vengeance by giving higher yields. The increasing inflation seemed to have no consequential impact on its valuation.

Hopes falling back in disarray, or there is a slight chance of a comeback.

While the Indian rupee yields surged, economists around the world wondered out the revelation of sorts as to how it gains such extravagant numbers? Considering the threat of Coronavirus along with higher inflation rates, were the figures manipulated or just a chance of miscalculations? Going back through the surveys, an index report stated that the specified trades were presumably lower than what got mentioned in the report by the RBI.

“We expect the rupee to weaken in FY22 amid higher commodity prices, normalizing imports, increasing inflation, and continued bank intervention,” said Sinha, who has spent over a decade in analyzing the trends of currencies. He also trades currencies in London, Singapore, and India.

Sinha along with other economists feels that the Indian rupee will be losing some of its advantages going ahead. Hardening times are surfacing along the bay of the Indian economy with the coupling of the Indian rupee and low GDP growth. The current account will probably swirl towards a deficit in the fiscal year starting April.

Contrarily, the claims of the Indian traders have upended constructive criticism around the circulation of the Indian rupee in the markets. They feel that the Indian rupee will appreciate towards pre-pandemic levels. The deficit will arise as imports gain. From the position of holding firm aspirations to steeping down dramatically, is the storyline India didn’t want to have.

Adding to the misery, higher prices will cause great depression trends in the Indian rupee which eventually would hit the markets soon. However, Sinha advents that the currency has some hidden behind it. It looks overhauled at the current levels, as never in history has the Indian rupee been supremacy in Asia. The futility grows more as the higher tax rates would mean less penetration of money in the markets, and hence the demand would reduce, creating a depression in the prices. 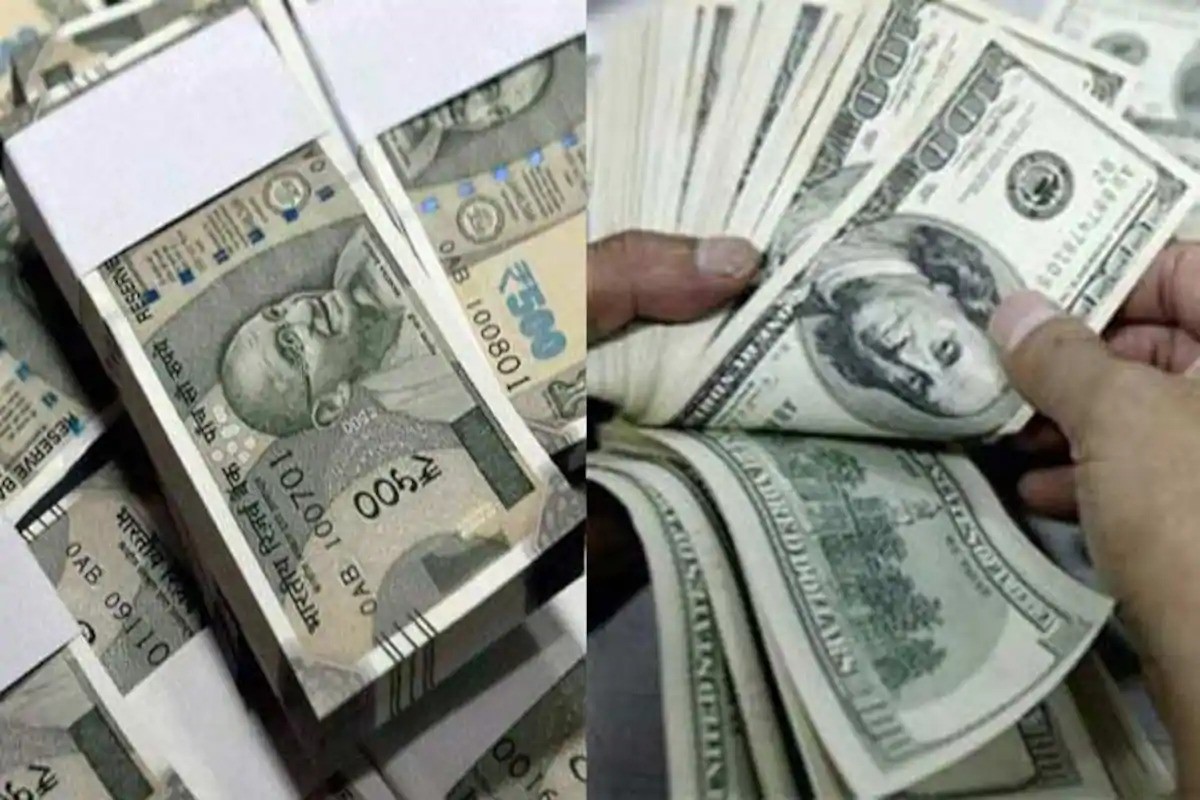 How does the depreciation of the Indian rupee affect the economy?

The Surreal year of 2020 has gone smooth in one aspect, the Indian rupee. Despite the contraction in the economy, it did not suffer the valuation of the Indiàn rupee. Don’t know how? Let me explain:
When the economy gets curbed and the contraction instills in the country more people unveil a severe shortage of resources, which enhances the demand for money within the Economy. Despite the US yields increasing, the road to recovery helped in not affecting the Indian rupee enormously. While the Indian rupee is rock bottom, the exporters postpone the exports to get more profits in the future which affects the trade cycle.

The ever concerning Current Account Deficit will creep in and thus the traders will prefer to export goods rather than selling in the domestic markets. As a result of the entire schema, inflation occurs in the framework. When inflation is high, sales will be dropped, effectively causing deep concerns for the Indian economy.

Inflationary tactical nausea would incur fewer savings for the public as a whole. The investments that gobbled up initially would creep in the shadows of rising inflation. The depletion of resources would cause emulsifying harshen in the industrial sectors. Weak and fluctuations in the Indian rupee would discourage Foreign investors, and they might sell off their holdings in India. It will be an overhauling ramification which the economy had contoured for so long.

How did the accumulation of foreign exchange reserves propel the Indian currency?

The rupee has advanced about 0.1% percent in March to 73.38 to a dollar. On Tuesday, the rupee suffered a slide of 1.2% which pared the month’s gains. The retraction happened due to the urge of state banks to buy dollars ahead of the fiscal year’s end. Over the past year, all that seemed moving forward came crashing down in a single slip. One of the vital aspects of losses amounting to just 2.5% in 2020, was a relentless accumulation in the foreign exchange reserves by the RBI. The step is confined to appreciate the value of the Indian rupee in the global markets.

RBI bought a net $88 billion of forex in the spot market last year, central data revealed the inside story. The pace will face brazenness in the next fiscal year. In March 2020, the Indian rupee was the region’s worst performer. Valuation of the held-up assets is deteriorating, and the outcome could reinforce tensions in the domestic markets. Is the situation going to change in the forthcoming report of the RBI?

Likewise, we have seen the prices of rupees to a dollar fluctuate frequently in favor of the US currency. As the US dollar is used worldwide as a token of business, its valuation would be stakes high even in times of recession. In turn, the FDIs not getting sufficient returns from the Indian rupee will prime their focus on other currencies. 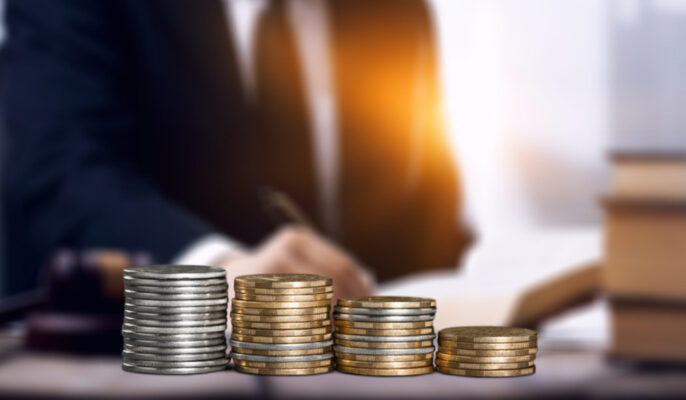 The RBI rather than looking for alternative or speculative growth should focus on administering the Indian rupee in the markets. Although no one could control the extent of external factors, steps should be taken to appreciate the valuation of the domestic markets. Longstanding battles of rescinding the depreciation have led The currency to fall into more depths it ever has.

Steps should be taken regarding promoting the currency in the international markets so that the FDIs get attracted. This is the right time to enforce the vision of Atma Nirbhar Bharat in the Indian economy which is redundant and dependable on imports for its activities. The government should enact policies to gain attraction from the external forces to investment rather than just embedding facades on the ailing economy.

A crucial aspect that could prosper the Indian rupee could be an optimistic approach towards the development of energy renewable resources in India. The higher crude oil prices have given more frictions to the economy than its unemployment scenario. We are not condescending one below the other, it is just in the context of the problem. Reduction in crude oil imports would decrease the prices of the renewable energy sources, and thus the appreciation of the Indian rupee would thump the economy.

Degradation of its resources has been a sustaining jinx by the Reserve Bank of India. Nothing could happen until the authorities step in to develop the country’s depleting sectors, which would enhance the current norms of the domestic markets. Let us encourage our efforts towards finding solutions on how to uplift the economic stagnation rather than holding a grudge against the government. The efforts could prosper only if the industries combine to change the behavioral pattern of conducting activities in India.

Tanish seeks new opportunities as a professional content writer and writes on several fundamental topics like businesses and economics. The focal point remains on expressing opinions on critical aspects concerning the economy.
By Tanish Sachdev
Follow Us
Weather
New Delhi, IN
Mist
28 ℃
33º - 28º
94%
2.57 km/h
33℃
Sun
36℃
Mon
37℃
Tue
36℃
Wed
35℃
Thu
Recent Tech News
Facebook Twitter WhatsApp Telegram Viber
Back to top button
Close
Popular Posts
Most Commented
Recent Comments
We use cookies on our website to give you the most relevant experience by remembering your preferences and repeat visits. By clicking “Accept All”, you consent to the use of ALL the cookies. However, you may visit "Cookie Settings" to provide a controlled consent.
Cookie SettingsAccept All
Manage consent