India’s Covid-19 situation has had different viewpoints since the embarking of the pandemic in the nation. While some of the critiques have got deluded, the others have proclaimed to be highly concerning. The dent of the second wave has sent India reeling under the threat of Covid-19, succumbed to fear of survival. Despite other contingents across the world presuming the pre-pandemic levels by the end of the year, India has crafted its nemesis and drowned in the deep loophole of the government’s failure on addressing the prioritizing issues.

WHO chief Tedros Adhanom Ghebreyesus, on Friday through a press conference, propounded significant caveats that the Covid-19 pandemic’s second year will be “far from deadly,” than the rest of the world.

Ghebreyesus claimed that the World Health Organization is concurring the grim situation in India’s Covid-19 surge and has been responding to the stipulations of the contingent by shipping thousands of oxygen concentrators, tents for mobile field hospitals masks, and other medical stockpiles. His proclamation has adhered to the notion that the pandemic second wave has brought teetering shockwaves in various parts of the world.

India’s dire state has been prevalent for weeks, and it is the sole squadron in this fight against the Covid-19 global pandemic. The moods have worsened in Japan, where the alarming state of affairs reiterated its way back in three regions. The snobbish factor in the catch-22 is that the deadly wave surging just ten weeks before the Olympics has sent the country into perplexity. Lately, the campaigners have sanctioned a petition with more than 350,000 signatures calling the Games to get redlined.

Following the turbulence of spiking infections, Hiroshima, Okayama, and northern Hokkaido, which will be hosting the Olympics marathon, have got shoved under emergency orders until the end of May. The doubts have crept in, and it remains to be seen whether the supercilious sporting event continues amid the unprecedented situation of Covid-19 or not. The prioritizing rivet towards emergency orders has raised different perspectives from public opinion, and the vast majority of them conjecture to the idea of opposing to holding the Games.

The bewilderment has not only demotivated the citizens, but alongside, it has had a detrimental effect on the athlete’s consciousness. Renowned Tennis Champion Player Roger Federer claimed his agitation over the delay regarding the Olympics and said, “What the athletes require is a conclusion: is it happening or it isn’t?” He has expressed his awareness of the obstacle and also; not having the power to derive resolution amid the throbbing times. Roger Federer showed his uprightness in claiming that he will be the first to understand if the Olympics does not get ahead as planned. 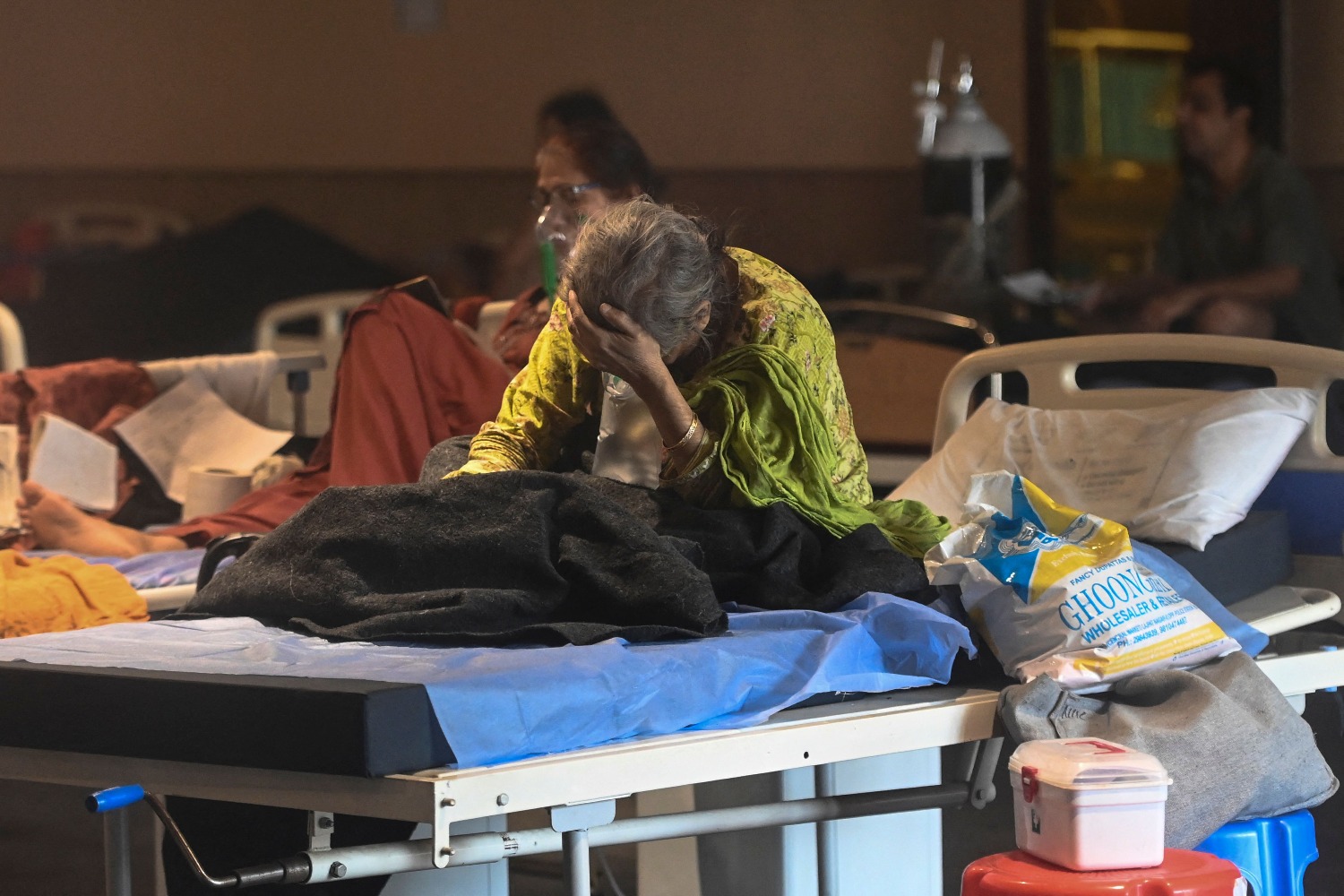 Riveting our focal point to India, the WHO Chief has issued worrying times ahead for the country’s fight against Covid-19. At the daily media briefing, he claimed that India’s whereabouts remain fragile amid several states reporting record numbers of infections, hospitalizations, and deaths.

India has overseen the world’s disastrous torments of the pandemic and has attained a helping hand from various countries in need of the hour. It has been overwhelming to observe such a unification of efforts. The WHO Director-General said,” On behalf of India, we thank all the stakeholders for staying supportive to the state of affairs during the calamitic circumstances.”

India stands on the verge of exhaustion of resources amid facing the deadliest wave of Covid-19 pandemic. The cases haven’t snagged off, and the government’s incompetence to subsidize the overflowing rates of medicines, hospital beds and oxygen concentrators has left citizens stranded. Is the precis prolonging because of exhaustion of facilities, or is there any other significant factor hindering India’s fight? It is kosher that manipulating official data has its bearings and delineated cracks within our healthcare system.

When was the last time the underlying reality got veraciously portrayed to the citizens? We have to process our thinking back to Manmohan Singh‘s regime as, since 2014, we have been living in a world created of fallacies. Contemplated the current synopsis in mind, the apprehension is that the cracks of the unidentifiable deaths might be a conflicting loophole within our system’s validation. What’s your pick out?

India’s Covid-19 Purgatory in A Nutshell

On Friday, India recorded a nauseating 3,43,144 infections taking the country’s caseload to 2,40,46,809. The world’s stance has improved over the past few months as other federal governments enhanced strict policies and penalized the people for not comprehending the Covid-19 protocols. When the second wave was vigilant across India, the government waived off its tremors and preliminary elevated risk by claiming that the healthcare system gets a handful of support from the central government and is well-versed in the burgeoning predicament, claiming that everything is under control.

The official data only depicts the unpreparedness, which contradicts the politician’s hubris to stand solidified on their bearings. In line with a refurbished report as of might, India’s Covid-19 tally surpassed the 10 million benchmark in December, and since that point, the figures have doubled, around touching the astonishing twenty million mark. It has transpired within such a short span that the analysts haven’t able to reflect on the parameters of severity and hidden cases.

Despite that, rumors have swirled around that the reported infections are far fewer than what the predetermined figures showcase to us. During the first wave also, the infections got fetched underground by the government. It was all masterminded in an attempt to coincide with India’s victory against the Covid-19 pandemic. Who knew that it had been an appalling situation since the beginning of the strangling, and the government has cut itself some slack, taking millions of lives away due to its egotism.

However, we can’t rivet back to the past experiences as the future holds acrimony of miseries on the cards on the international vanguard, as claimed by the WHO chief. Ghebreyesus pointed out that the alarming exigency wasn’t restricted to India. “Nepal, Srilanka, Vietnam, Cambodia, and many other Asian regions are just some of the international countries that are tackling the unexpected vulnerabilities of cases and hospitalizations,” he said.

The pandemic’s commotion is far from over, despite though the Biden Administration has conveyed the orders for fully vaccinated people for resumption of their pre-pandemic lives; the threat gets sparsed to some of the countries. The declaration got interfaced after Americas accounted for 40 percent of deaths last week. The vigilance towards prioritizing the vaccine administering grows across various countries, as they continue to be at heightened risk from the pandemic’s stall.

Concluding my statement, the second year of the pandemic will bring in more hastening than the first, so the advisable course of action for the Indian government would be to replicate the model of the United States, or any other proliferation, which has surpassed maximum torments of the Covid-19 pandemic. Look at the delineation of the United States a year back; it was worse than our current scenario. But in our case, the government’s complacency has cost us.

Despairing Future And The Agonized Families: How The COVID-19 Pandemic Is Impacting Economically Vulnerable Households And The Family Dynamics In India

Tanish seeks new opportunities as a professional content writer and writes on several fundamental topics like businesses and economics. The focal point remains on expressing opinions on critical aspects concerning the economy.
By Tanish Sachdev
Follow Us
Weather
New Delhi, IN
Mist
29 ℃
33º - 29º
89%
2.57 km/h
33℃
Sun
36℃
Mon
37℃
Tue
35℃
Wed
35℃
Thu
Recent Tech News
Facebook Twitter WhatsApp Telegram Viber
Back to top button
Close
Popular Posts
Most Commented
Recent Comments
We use cookies on our website to give you the most relevant experience by remembering your preferences and repeat visits. By clicking “Accept All”, you consent to the use of ALL the cookies. However, you may visit "Cookie Settings" to provide a controlled consent.
Cookie SettingsAccept All
Manage consent