According to Niti Aayog‘s 2020 SDG Index, the significant refinement got discerned in fields like clean energy, urban development, and health. India’s sustainable development goals plagued the expectations, and lack of stability across the markets was an eminent factor. However, despite the pandemic, some sectors outshined as they divulged an optimistic periodic improvement.

While the pandemic insinuated some sectors, it had the majority in its grip. The dwindling was hawk-eyed in crucial growth areas of industry, infrastructure, and innovation. Over the years, top-notch and proactive states like Kerala and Himachal Pradesh have seized the zeal for sustainable development goals, and the case is not much different yet.

In retrospect, before we head on Niti Aayog’s 2021 SDI Index report, it is inevitable to know that why such has been paramount in computing growth evaluation and other aspects. A long way back, a collaboration was established between the UN and India in which the SDG index got incorporated. The index gauges the headway in the national and the sub-national level in India’s foretelling to fulfill its worldwide goals and expectations. Momentarily, it leverages the impact of India’s approach as it enacts as an advocacy tool to propagate the notion of sustainability, resilience, and partnerships.

States and Union Territories Progress has got measured on several parameters, but nothing serves justice against the SDG Index. The nation’s progress is sedated on the social and economic criterions, and most recently added to the setup is the environmental effects. The detrimental effects of lacking the prowess in any of the three will pin down the state to lower rankings. Natural calamities get triggered by environmental degradation, and the synopsis often gets ignored by state officials. Let’s conceptualize the idea by studying the statistics of the report released.

SDG 2021 Index revealed that Kerala seized the top spot in the rankings, while Bihar stands underneath the lowest levels. The estimations of the level scores undergo various foregrounds, some of them covering clear water and sanitation, affordable and clean energy, and so on. In this year’s regard, the states were accustomed to being judged on 16 sustainable development goals on a scale of zero to 100. Kerala, Tamil Nadu, and Himachal Pradesh unleashed extraordinary graphs, topping the charts with scores of 75 and 74, respectively.

In terms of improvement from the last year’s figures, Mizoram, Haryana, and Uttarakhand were redeemed as the ultimate gainers. They recorded a giant shift in points from 2019, with an increase of 12, 10, and 8 points, respectively. The staggering growth in country-wide performance got assimilated by gaining momentum in the basic aspirations decided. India’s overall sustainable development goals index ameliorated by six points, recording 66 points for 2020-21.

However, as much as the high numbers exhilarated the SDG index, some declining numbers also prevailed. Bihar, Jharkhand, and Assam were the worst-performing states in the sustainable development goals index. The three states recorded 52, 56, and 57 points, respectively. Barring this, around 22 states contributed to boosting India’s global goals and included the likes of Uttarakhand, Gujarat, and Maharashtra, among many others. In 2019-20, only ten states and Union Territories fulfilled the category of front runners( ranging from 65-99).

On the eve of announcing the third rendition of India’s SDG Index, Niti Aayog’s Vice Chairman Rajiv Kumar exclaimed the improvements through a statement. He asserted that India’s monitoring of the SDG Index and Dashboard continues to be highly praised and lauded across the world. The data-driven initiative to procure insights on the country-wide performance unveils tiring efforts but is efficient in computing scores to various states and UTs. 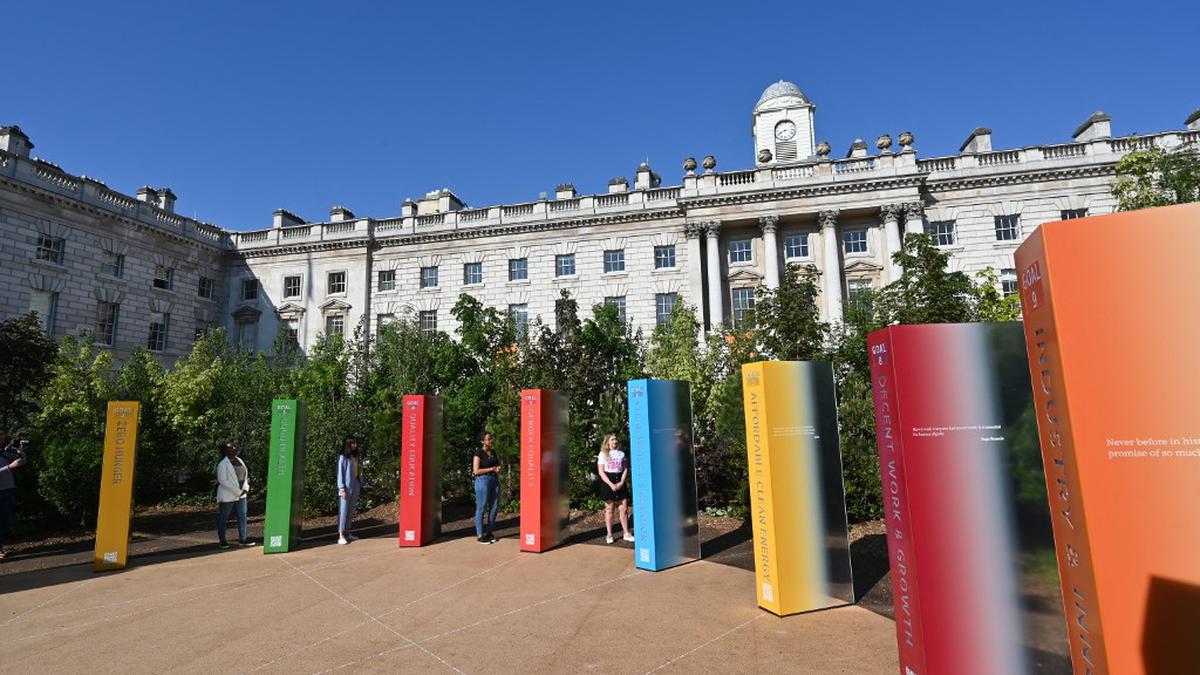 Niti Aayog’s CEO Amitabh Kant reflected on the recent developments. He claimed that the current synopsis shows that how emphatically better results could get driven through collaborative efforts. The reforms have been centered towards building partnerships, which has delivered some significant impact.

The partnership theme is centric to goal 17, and its resilience was highlighted by Niti Aayog Health Member, VK Paul. “It’s kosher that by working together, we will develop and form resilient and sustainable aspirations where nobody is left behind,” he said.

Why is the SDG Index so Inevitable in fostering States and UTs Performance on Global Forefronts?

Initially, when the index got induced in December 2018, the preliminary motive of the Centre was to increase ferociousness and create a competitive environment. Sustainable Development goals progress was measures regarding the index, which has unleashed states potential to looking after their surroundings. By enabling such a valiant policy, it imminently ranked the states and UTs on the global goals. For example, if any state meets fewer indicators, then the score would be placed below the category of front runners.

The expansion in covering goals and indicators has enhanced ever since 2018-19. Today, the SDG’s index covers a compilation of 17 goals, 70 targets, and 115 indicators. It is higher than the first coverage, which comprised 13 goals, 39 targets, and 62 indicators. Does this mean that India has recouped into accomplishing its journey targets? Well, momentarily, the figures look impressive. It disseminates the message of building partnerships and maintaining balance.

Over the turn of the decade, the world leaders aim to achieve unprecedented spiking progress in SDGs by covering 17 goals and 169 targets. By 2030, India’s commitment towards these goals should get embraced by the world, and it could be one of the front runners in global indexes. SDGs have to get nurture through turmoils along the lines of enriching a global recognition while also giving a subdued assessment on increasing consistency over the years.

Sales Of Covaxin In Canada: Bharat Biotech Collabs With US Firm Ocugen - fight against covid-19

The future of AI and ML in India shines bright. Here's a list of the Top 10 India-based AI startups.