Smriti Irani’s tenure: The reshuffling overhaul of the Modi Cabinet has become the hot topic of debates access politicians. As the speculation and dissection perpetuated, the reshuffle intensified the menace of politicians and observers. What consequences did it have in the context of the ins and outs?

The question on foresight was why assumingly the revamp might have occurred and whether there was any conspiracy confiscating behind the scenes in the Delhi durbar of politicians. During the first year of the first term of Narendra Modi’s directive, the criticism was the shocking appointment of Smriti Irani as HRD minister, as the opposition proclaimed their stance on her absence of a qualified university degree. 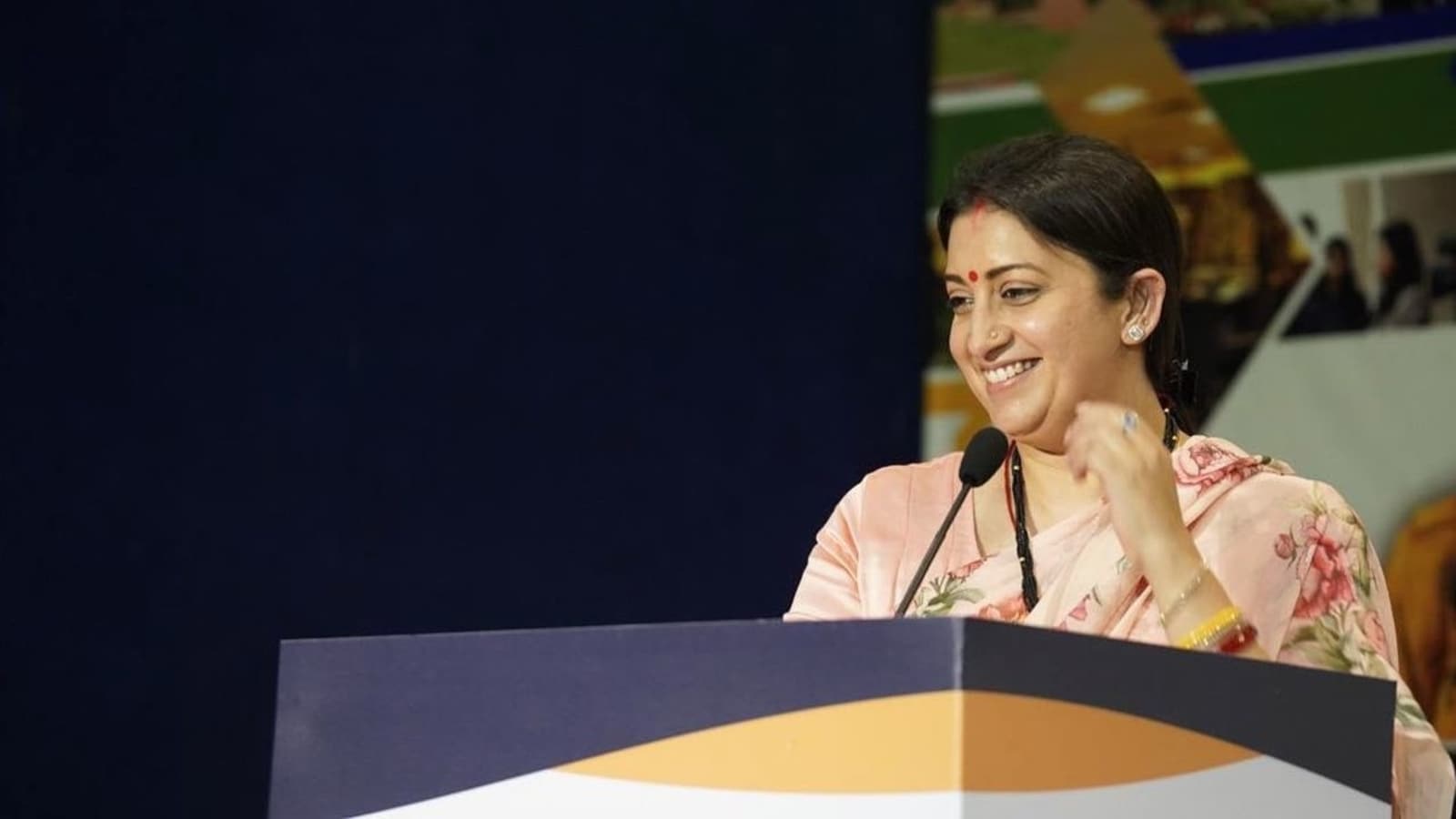 Does having expert ministers endeavoured India with better policy outcomes in the past? Precisely, the notion that experts ministers have a staggering impact intimately sound emphatic but hasn’t left its whereabouts in the data. When we analyze the prospects of the cabinet systems with insights from various countries, the controlling of hardcore matters have been appalling.

How Did Smriti Irani’s Portfolio Discern A Plaguing Shift?

While the Cooperative Ministry has procured the extensive hype, the relatively-less argument synopsis accentuated Smriti Irani’s portfolio withdrawal. The BJP government headed a one-month long review meeting before deciding the fate of the Union Cabinet. According to reports, the meetings were held amidst the devastating handling of the pandemic.

The pertinent transformation of the administrative body indicates the possible wrongs of the Modi Government’s human resource management. On the contrary, Smriti Irani has previously been designated as the most disliked Cabinet minister. Her trajectory apparently showcased meltdowns before receiving the appraisal for her commendable efforts as the Human Resource Development Minister till July 2016.

Smriti Irani, who belonged from Amethi, has taken giant strides in upheaving the stakes of the Modi government in the 2019 Lok Sabha Elections, expected to be awarded plum portfolios. During the first Modi tenure, the substantial emerging power corridor wasn’t handled immaculately and dragged her Cabinet’s graph to a standstill. The current scenario has abrogated her as the main culprit and several ministers of the government’s failure to prevent the nation’s virulence. Nevertheless, her dismal run explicitly explains her current portfolio being less meaty, according to the policymakers.

She was India’s first woman holding the posts of Union Minister of Human Resource Development and Union Minister of Textiles. She might not have been in the best frame of mind regarding development for the past two years, but the loophole has incurred across the cabinet ministers, hasn’t it? There hasn’t been a remnant of the path-breaking work, the Modi regime had significantly desired its ministers, and the blame has to be corroborated. 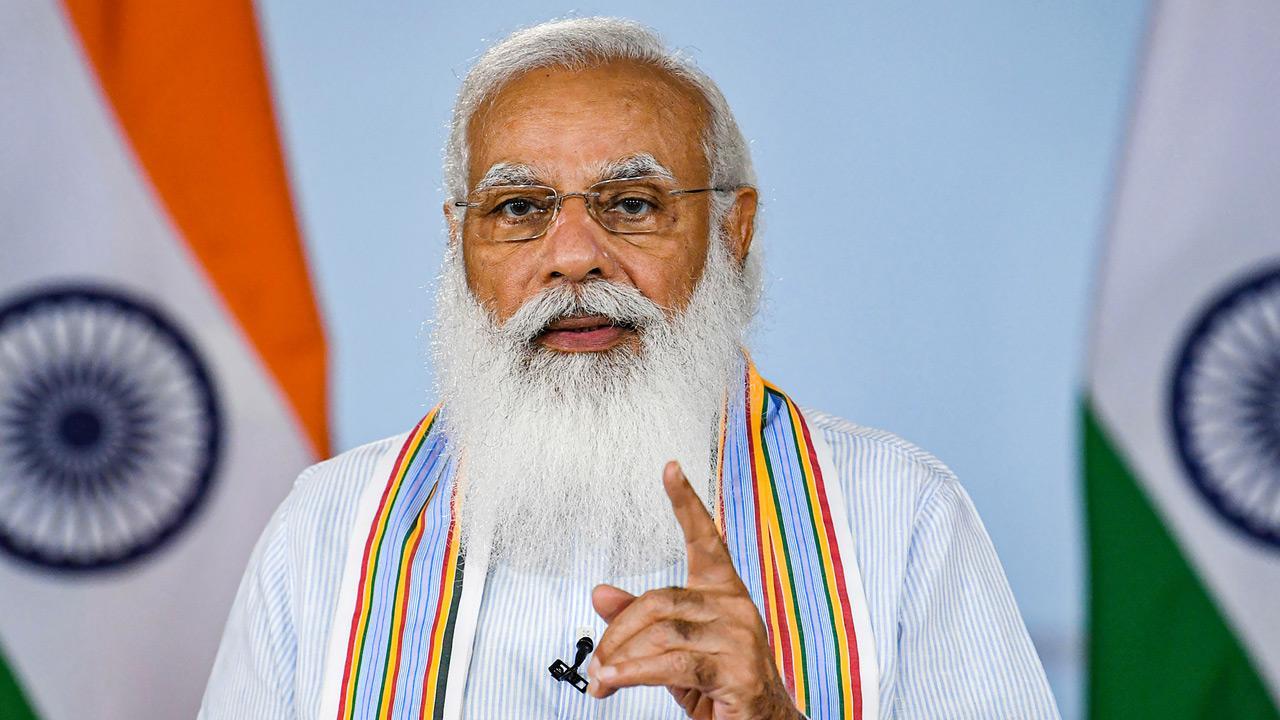 In 2002, Smriti Irani’s presence on the Godha riots exclaimed to a public baiter of Narendra Modi as she abrogated remarks on the latter, holding him responsible for BJP’s failure in the elections. If that wasn’t enough, he adhered to fasting unto death that year until Modi resigns from his Chief Minister post in Gujarat. The relations vented a turmoil, and it seemed that it had reached the irrecuperable stage. However, as they say, politics is unpredictable and could change instinctively.

Equations cooperated, and Irani prospered as one of Modi’s trusted lieutenants. She climbed giant steps when she enthralled the grit of taking on against the Gandhis in the 2014 Lok Sabha Election. Unfortunately, she lost the raging tussle, but her camaraderie relations with the Modi government landed Irani the plum post of HRD Minister.

The Decline of Irani’s Power-

The sudden rise had to pertinent with an astounding fall, as has been the case with several reforming politicians across India. Smriti’s five-year stint as the Union Minister can at best be delineated as tumultuous and perplexing. The allegations promulgated across the Cabinet against the Modi government as they awarded the crucial rule of HRD ministry to Irani. She inflicted a steeping rise in her political power, becoming the National President of BJP’s women wing.

Her emerging success route was soon overblown, and she was considered the most controversial, disliked, hard-headed minister in recent times. Nothing presumably worked in her favour leading to the furore fabricated by her fake degree or her delegatory comments on the Yale situation.

She was solely responsible for pushing the HRD ministry into controversies, not because of viable policy decisions but her perplexing activities. Irani was soon rumoured to incompetent for handling the peer pressure of the post. Her thickening in the news commenced, but it was for all the wrong reasons. She claimed Sanskrit mandatory in the Kendriya Vidalays, following instructing the schools to institute December 25 as the Good Governance Day. 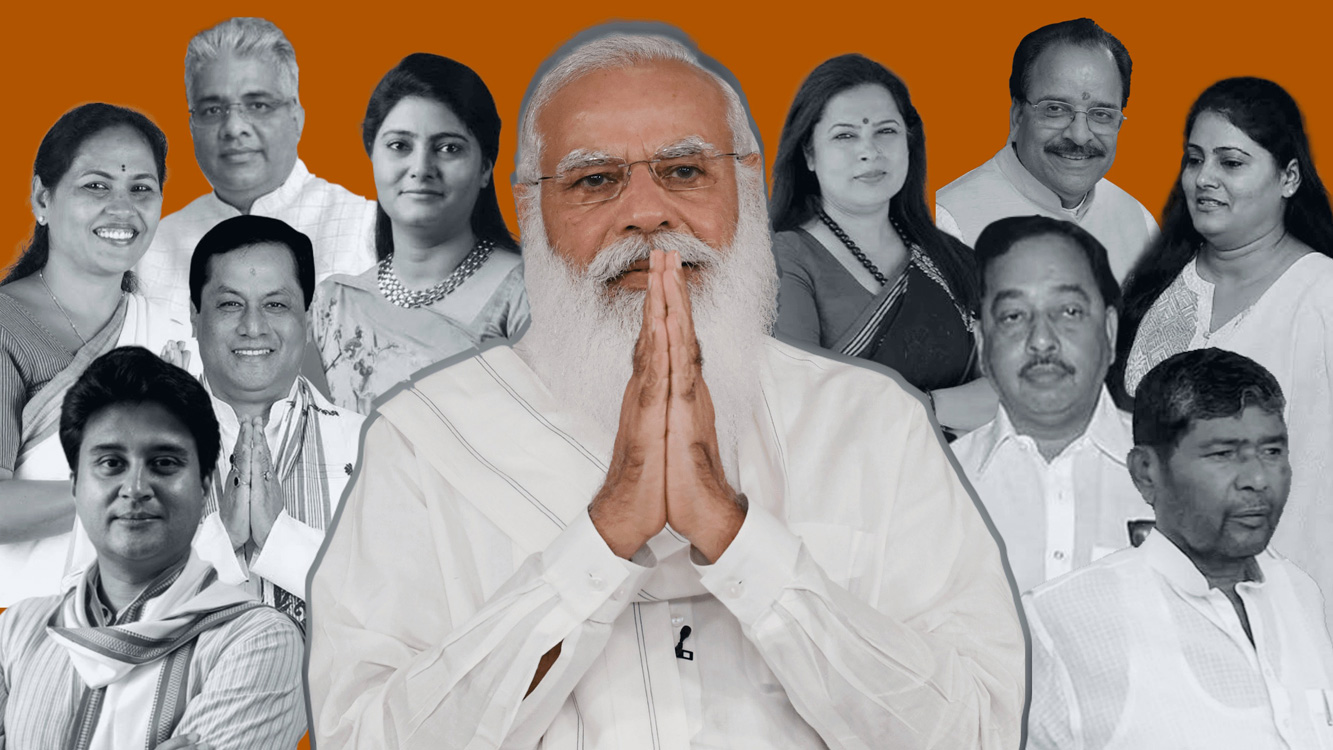 The Hidden Deal Behind the Cabinet Reshuffle-

After Smriti’s big win over Rahul Gandhi in 2019, an overhaul of critical matters was thought to get dispensed to her side. The magnitude of the elections win was intensively higher than other regions assimilated by the government. In Modi 2.0, she almost stuck to her devising plan, avoiding burgeoning controversies. She worked prudently and tirelessly without welcoming attention when most ministers failed to deliver during the timeline.

This win reiterated the BJP to its fiery and slaying asset, and it would have been devastating if Irani was hard-done for such a mind-blowing turnaround. All ministries are paramount for the nation’s prosperity, but there is no denial in the fact that some positions are prestigious and designated as promotions.

In the midst of promoting 11 Women cabinet ministers via the reshuffle, the highest in 17 years, Smriti is discarded of her portfolio, incepting a jarring enigma. Something is hidden within the deep lines, and it seems unclear as to what it might be. Apart from finance, women are deprived of confiscating the battle for vital portfolios within the economy, predominantly enlightened by Irani’s case.

Comments on qualifications should apply to all the ministers involved in dragging down India’s position during the pandemic. The Modi Government has treated one of its chivalrous members like a blooping hole in the pin. Dr Harsh Vardhan’s inadequate measures have taken us nowhere and reflect that qualifications do not always redeem good governance. Politics is about standing firm on the grounds of backing the party’s people and entrusting them with their roles.

An unexpected blip in affairs is engrossing, but leveraging the key role of civil aviation ministry to a Congress import in Jyotiraditya Scindia had afflicted hypocrite behaviour of the government. The privatization of Air India is topping the priority list, and entrusting a leader on the administrative capabilities of his earlier stints is somewhat bizarre. Undoubtedly, the far-fetched and outcasted Amethi MP deserved yet another chance.

After 400 years, the Queen finally makes her way back home

Tanish seeks new opportunities as a professional content writer and writes on several fundamental topics like businesses and economics. The focal point remains on expressing opinions on critical aspects concerning the economy.
By Tanish Sachdev
Follow Us
Weather
New Delhi, IN
Mist
26 ℃
33º - 26º
100%
2.57 km/h
33℃
Sun
36℃
Mon
37℃
Tue
36℃
Wed
35℃
Thu
Recent Tech News
Facebook Twitter WhatsApp Telegram Viber
Back to top button
Close
Popular Posts
Most Commented
Recent Comments
We use cookies on our website to give you the most relevant experience by remembering your preferences and repeat visits. By clicking “Accept All”, you consent to the use of ALL the cookies. However, you may visit "Cookie Settings" to provide a controlled consent.
Cookie SettingsAccept All
Manage consent