Like a nightmare pulled straight from HBO’s “Westworld,” the first major glitch from the huge new Western-themed game “Red Dead Redemption 2” involves the mass death of computerized horses.
It’s one particular dirt path near the game’s town of Rhodes that appears to be the culprit: Nearly anything that passes through seemingly bursts into flames. That includes horses, people, and carriages; one minute a carriage is riding on a dirt path, the next it’s engulfed in flames.
As many videos attest, the area quickly becomes a horrific graveyard of charred horses and riders after just a few minutes of hanging around. The game’s world of computer people on horseback and in carriages keeps feeding more and more fuel into the undying invisible flames.
With a game the size of “Red Dead Redemption 2,” glitches are bound to slip through during development.
Often, these glitches are far more mundane – your character walks through something that should be solid, or a mission fails to recognize you’ve completed its objective, or whatever else. But every now and again something hilarious and horrifying comes along that becomes instantly memorable.
In the case of one particular “Assassin’s Creed” game a few years ago, it was a bizarre glitch that made faces disappear:

But in the case of “Red Dead Redemption 2,” the most widespread, repeatable glitch we’ve seen thus far is this path of invisible flames. Rockstar Games didn’t respond to a request for comment on the glitch or a forthcoming update, but consider it more than likely that the company behind “Red Dead Redemption 2” will address it.
Check out the video below for a better idea of where the road is and how to avoid it (beware that it’s quite graphic, like the game itself):
Source: Business Insider
To Read Our Daily News Updates, Please Visit Inventiva Or Subscribe Our Newsletter & Push.

Palm phone review: an idea whose time may never come 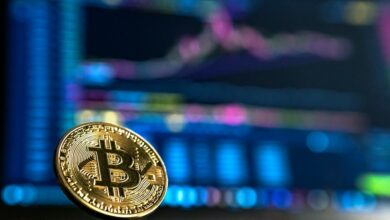