Investors are betting on the automation of human resources management in China. We reported last year that Moka, one of the key players in the space, secured roughly $27 million for its Series B led by Hillhouse Capital. This week, the startup announced closing a Series B+ at over 100 million yuan ($14.4 million), lifting its total raise for the B round to 300 million yuan ($43.2 million).

The startup declined to disclose its investors in the latest round, saying the proceeds will go towards recruitment, product innovation and business expansion. GGV Capital invested in its Series A round.
Chinese investors have in recent years shifted more attention to enterprise-facing products as the consumer tech market becomes crammed. Moka makes software to aid HR managers’ day-to-day operations, from posting job openings, discovering potential candidates, to managing current staff. For instance, Moka will alert the HR manager when employees update their resumes, a sign that they could be sniffing out new opportunities.

As the new round closed, Moka also appointed its co-founder Li Guoxing as its new chief executive officer. The five-year-old Beijing-based startup was founded by Li, a Facebook veteran, and Zhao Oulun, who was previously the CEO of the company. Zhao worked at the car-sharing service Turo in San Francisco before returning to China.
The new CEO claimed that Moka acquires users at two-third of the industry average cost, with subscription renewal rate for its software-as-a-service hovering above 100%. “The future of business competition definitely lies in the fight for talent,” he said. “So hiring will surely become a company strategy in the future.”
As of June, Moka had accumulated over 700 paid clients, from tech giants like Xiaomi, Didi, Arm China, Shopee, Alibaba, to fast-food giants Burger King and McDonald’s. Its team of 300 staff operates out of five major cities in China.

Microsoft back in the smartphone business with its new Duo 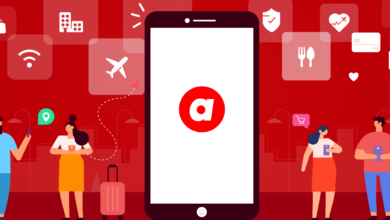 By Anukriti
Follow Us
Weather
New Delhi, IN
Drizzle
26 ℃
30º - 25º
94%
2.57 km/h
29℃
Thu
30℃
Fri
34℃
Sat
34℃
Sun
35℃
Mon
Recent Tech News
Facebook Twitter WhatsApp Telegram Viber
Back to top button
Close
Popular Posts
Most Commented
Recent Comments
We use cookies on our website to give you the most relevant experience by remembering your preferences and repeat visits. By clicking “Accept All”, you consent to the use of ALL the cookies. However, you may visit "Cookie Settings" to provide a controlled consent.
Cookie SettingsAccept All
Manage consent