Figma, the design platform that lets folks work collaboratively and in the cloud, has today announced the close of a $50 million Series D financing. The round was led by Andreessen Horowitz, with partner Peter Levine and cofounding partner Marc Andreessen managing the deal for the firm. New angel investors, including Henry Ellenbogen from Durable Capital, also participated in the round alongside existing investors Index, Greylock, KPCB, Sequoia and Founders Fund.

Forbes reports that the latest funding round values Figma at $2 billion.
Figma launched in 2015 after nearly six years of development in stealth. The premise was to create a collaborative, cloud-based design tool that would be the Google Docs of design.

Since, Figma has built out the platform to expand access and usability for individual designers, small firms and giant enterprise companies alike. For example, the company launched plug-ins in 2019, allowing developers to build in their own tools to the app, such as a plug-in for designers to automatically rename and organize their layers as they work (Rename.it) and one that gives users the ability to add placeholder text that they can automatically find and replace later (Content Buddy).
The company also launched an educational platform called Community, which gives designers the ability to share their work and let other users ‘remix’ that design, or simply check out how it was built, layer by layer.
A spokesperson told TechCrunch that this deal was “opportunistic,” and that the company was in a strong cash position pre-financing. The new funding expands Figma’s runway during these uncertain times, with coronavirus halting a lot of enterprise purchasing and ultimately slowing growth of some rising enterprise players.
Figma says that one interesting change they’ve seen in the COVID era is a significant jump in user engagement from teams to collaborate more in Figma. The firm has also seen an uptick in whiteboarding, note taking, slide deck creation and diagramming, as companies start using Figma as a collaborative tool across an entire organization rather than just within a team of designers.
Source: TechCrunch

Has Coronavirus Affected Reliance Industry So Much That Mukesh Ambani Will Cut 15-20% In Employees Salary. Can’t Asia’s Richest Person Sustain His Employees For A Month? 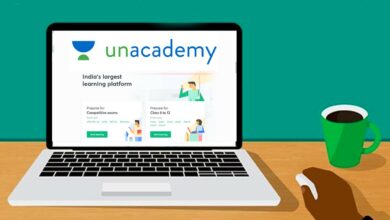 By inventiva
Follow Us
Weather
New Delhi, IN
Mist
28 ℃
36º - 28º
94%
2.57 km/h
36℃
Wed
36℃
Thu
38℃
Fri
36℃
Sat
37℃
Sun
Recent Tech News
Facebook Twitter WhatsApp Telegram Viber
Back to top button
Close
Popular Posts
Most Commented
Recent Comments
We use cookies on our website to give you the most relevant experience by remembering your preferences and repeat visits. By clicking “Accept All”, you consent to the use of ALL the cookies. However, you may visit "Cookie Settings" to provide a controlled consent.
Cookie SettingsAccept All
Manage consent