It is said that the number of deaths because of the virus in Delhi is increasing but due to data fudging, Delhi is not portraying a correct picture.

There is a lot of similarity in the total number of infections that are recorded in Delhi and Tamil Nadu. In both areas the number of virus cases grew rapidly. Both regions have a low mortality rate. But at the same time, it is also said that Delhi might be undercounting the COVID-19 death.

It is said that only four deaths are being reported in a hospital due to COVID-19 while the real figure is more than a hundred.

Surprisingly the hospital which has reported four deaths is All India Institute of Medical Sciences, as per leading news channels. At the same time, various leading researchers have said that the number is much higher than the one that is been told to us.

The doctors have said that the new figure that has come out includes the cases of deaths that happened because the patients had existing health conditions. These health conditions include diabetes, hypertension, heart ailments, and kidney diseases. The major reason for under-reporting came up after the cremation ground under the Delhi Municipal Corporation sent a list of more than 400 Corona positive deaths to the state government. This list had data till mid of may. Now after receiving this list, the state government is following up with the hospitals.

Prior to this, the hospital did not include comorbidity deaths in the report. With a large number of cases being reported in the last two days, it is still said that the growth rate in the capital is below the national average. The growth rate in Delhi is 4.89 while in India it is 5.02.

Other states are growing at a much faster pace than the national average. These states include Bihar, Assam, and Maharashtra. The state of Kerala is also amongst this.

The same issue came up in Bengal where it is said that the number of infections and the death rate has been accounted at a very low rate. This data fudging has become a major problem in today’s time. The government fails to understand that till the time a correct image is not portrayed to the people, how will the people actually understand the importance of the situation.

India was under-reporting the tuberculosis cases that were being reported. This led to a massive spread of tuberculosis in India and WHO pointed it out various times. The government needs to understand the importance of portraying a correct image to the people. Till the time we are not told that a large number of people are dying, people will not be scared and will continue to move out. Fear is what will put them inside their houses.

Meanwhile later said that Amit Shah is meeting up with the Prime Minister today to discuss the exit strategy for this lockdown. The government of Goa has appealed to the Centre to extend the lockdown for another 15 days. All the chief ministers give feedback to the central government and your views about the extension of the lockdown or removal of the lockdown.

What is happening in Mumbai

Mumbai is the city of dreams for many but at the time it is the city of infection. Mumbai accounts for the most number of coronavirus cases in India and there seems to be no stop to this.

Proper governance and proper data will help us to overcome this infection. Researchers and government all across the country must join their hands together and work for the betterment of the nation. This is the time when people can use their strength and knowledge for the development of the country. 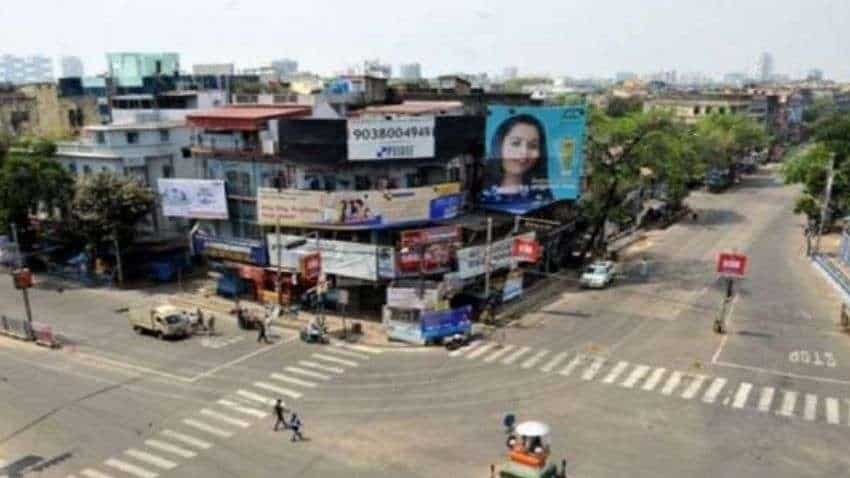 With the flight operations being started and the trains moving from one end to another to transfer people from one place to another, the cases will not decrease they will only increase.

Till the time the cases will increase, people need to stay indoors. If the people are staying indoors, productivity per person might reduce because every business cannot be operated from home. Consumer demand will change. The income of people will change. There will be a very huge change in market demand in the future.

People will stop buying high-level goods till the time they do not recover the losses they have faced in the lockdown. The supply chain is also broken completely because the borders of some states are still closed and restrictions are being imposed.

This pandemic has opened our eyes to what is the worst-case scenario that can happen in today’s time and has made us all believe that we need a better system of governance.

The pandemic is looming over everyone’s head but India is the only country where these difficulties are being faced. The trains are not going to their destination, people do not have food to eat and are dying inside the trains. Data fudging is not prevalent in any other country and no other country is taking donations from its people for the pandemic. It’s high time we questioned your oratory is about their viability and their transparency.

By nandini
Follow Us
Weather
New Delhi, IN
Thunderstorm
26 ℃
28º - 26º
94%
4.12 km/h
28℃
Thu
34℃
Fri
35℃
Sat
32℃
Sun
32℃
Mon
Recent Tech News
Facebook Twitter WhatsApp Telegram Viber
Back to top button
Close
Popular Posts
Most Commented
Recent Comments
We use cookies on our website to give you the most relevant experience by remembering your preferences and repeat visits. By clicking “Accept All”, you consent to the use of ALL the cookies. However, you may visit "Cookie Settings" to provide a controlled consent.
Cookie SettingsAccept All
Manage consent