The stimulus led economic growth in the US is driving on its back the burden of global demand for quite some time now, with the battalion being passed on from China. However, looks like demand is not the only thing pent up by the United States for the global economy, with inflation following closely behind. The world is right now in a labyrinth of economics and the economists are tired of trying to find out one way out after another. I mean, look at the trade deficit in the United States and the growing dollar, all at once?

As a result of this puzzling situation, countries around the globe are being forced to increase their interest rates because the United States led to high inflation, despite economic slump and dropped growth prospects owing to still increasing cases. As is known, a country choosing to act on reducing inflation is trading off some of its growth prospects, a major reason as to why economists believe the Reserve Bank of India would not alter any policy decisions to counter the high inflation at this point.

However, the world economies are now desperately looking up to the United States Federal Bank, in hopes of credible action to save them from getting caught up in the States’ boom. 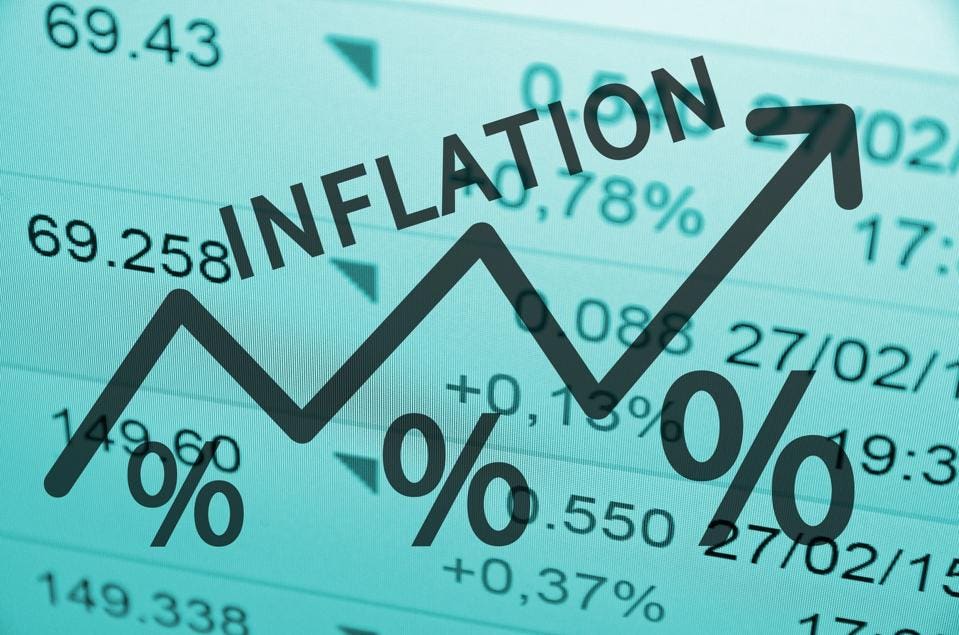 Reasons for this global inflation-

Before we talk about how the situation would be handled, let’s talk about why the conundrum has occurred in the first place. Allow me to take you back to the discussion of the United States holding the steering wheel as the driver of global demand with its stimulus led growth. And because the United States’ economy is a big-time importer of goods and exporter of services, the demand all around the world has picked pace.

However, this pace hasn’t been quite met by the meek supply owing to the still ardent presence of the virus in countries and their weak vaccination drives. As a result, this balance has stirred up prices not only in the United States but in the world economy as well, with nations like India witnessing both high unemployment and high inflation in the realm of economic damage.

What is going to be the repercussions of it?

As can be inferred from the data released by official sources, this hike in prices around the globe has resulted in increased commodity prices, borrowing costs, and a strengthened dollar.

Well, the next step requires an accurate assessment of the situation at hand and, well, when things are as convoluted, it’s only essential to take it one step at a time. Let me take you through this maze. To begin with, the situation is unevenly impactful. What this means is that for the emerging market economies that have increased their share of borrowings in dollars due to the financial requirements of the pandemic, the rising dollar prices would further aggravate the weak position they’re in. However, as for East Asian economies involved in exports and commodity transfers, this would aid economic recovery, even though being fuelled by inflation simultaneously.

What are the experts planning then?

Is it okay if I tell you economists are just as conflicted in their decision-making as we are right now? The primary reason for this flux is that this inflation period would be a temporary phenomenon, if, however, not met my expectations of high inflation by the people. To make the cycle easier for you, think of it from the point of view of a worker, who, if expects higher inflation in the coming period, would demand higher wages from employers to meet the apparent loss in the real wage. This, in turn, would bring up the infamous wage-price circle of the economy, leading to actual inflation in the coming period.

So, the correct question to ask here is, how likely is it for the consumers to expect high inflation in the coming period?

While some economists think that the likeliness is low, others are expecting a surprise with the long endurance of inflation. If the latter turns out to be the case, leading economies would risk a rise in their currencies if they choose not to increase their interest rates, leading to a rise in their currencies and hampering economic recovery. If inflation does turn out longer than expected, a series of interest rate rises would be seen around the world, fuelling only the uneven recovery gap even further. A rather quick shift from macroeconomics to international trade, no? Well, with a conundrum like this, deal with it.

How are agents around the world responding?

Remember the 2013 taper tantrum, where the emerging economies were at the time forced to take action hurriedly because of the sudden withdrawal of foreign investment after the Fed announced a reduction in the stimulus? Well, the United States central bank says the situation would not be like this, this time around, because they’re going to be more open, communicative, and transparent about their actions well in advance.

The announcement of not increasing interest rates till 2023 comes on the same lines. However, the Central Banks around the globe have been forced to act differently because of the high inflation situation tampering with their handling.

Case in point, Brazil, who had to increase its interest rates a third time in a row in an answer to the prevailing 8 percent inflation in the economy. In the same tune, the Bank of Russia has also risen its benchmark rate to a record of 5.5 percent after increasing for the third time this year and further going up as per the announcements of the bank.