New Delhi, 29 May 2019: Buzzoka, India’s most disruptive influencer marketing company has announced its ‘Nano Influencer Program’ with an aim to onboard millions of social content creators that can be leveraged for brand endorsement. Buzzoka becomes the first agency in South-East Asia to leverage on commoners or Nano Influencers. This disruptive move will enable the essence of real word of mouth marketing in the ecosystem through ordinary digital citizens. Buzzoka has a vision to onboard over 20 Million content creators through this program in the next 2-3 years.

Buzzoka which works with over 150+ top tier brands sees the inclusion of commoners as one of the most important milestones in the influencer marketing journey. The step will strengthen brands and agencies to leverage real word-of-mouth through common people. Interestingly, commoners or Nano influencers come onboard with authentic and trustworthy opinions that are followed by a smaller set of people but with higher authority. Also, the cost per Nano influencer engagement is much lesser than any other set of influencers and they have the potential to reap maximum ROI.

With the rise in internet penetration and mass internet consumption, India is seeing massive digital growth and millions of content creators are being added as a beneficiary to it. Buzzoka’s core objective is to identify and onboard such creators for a larger vision.

Commenting on the same, Mr. Ashutosh Harbola, CEO & Co-founder, Buzzoka, says, “We are constantly trying to bridge the gap of trustworthiness between brands and their target consumers. Connecting to the audience through nano influencers is a more direct and personal approach. Currently, in Asia, these influencers do not have a lot of traction because they are not considered as commercially feasible. But we have a fresh view of influencer marketing as we see a surplus potential in common people connected to social media websites. It’s a logical progression!”

Founded in July 2017, Buzzoka (www.buzzoka.com) is India’s 1st Integrated Influencer marketing platform. Having the largest database of Influencers, Celebrities and Commoners, it has successfully added around 100,000 influencers to its network. Buzzoka is the 1st Influencer Marketing Company in India, which is betting the future on common people in the gambit of Influencer Marketing, and is aggressively working to onboard commoners to its portfolio. 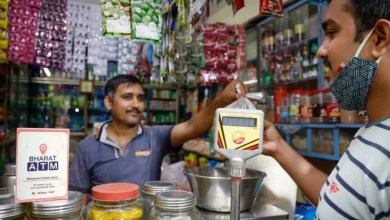