YC-backed Namibian startup JABU gets $3.2M for its B2B e-commerce and retail play

Namibian business-to-business e-commerce startup JABU confirmed to TechCrunch that it has closed a $3.2 million financing round.

As a last-mile distribution e-commerce company, JABU joins a list of startups across the continent that help small retailers order and stock their products and, at the same time, provide data-driven services to suppliers and manufacturers.

Its platform connects over 6,000 retailers to local and multinational suppliers — such as Namibia Breweries Limited, ABInBev, Bokomo, Coca-Cola, Namibmills — and digitizes orders, payments and logistics. 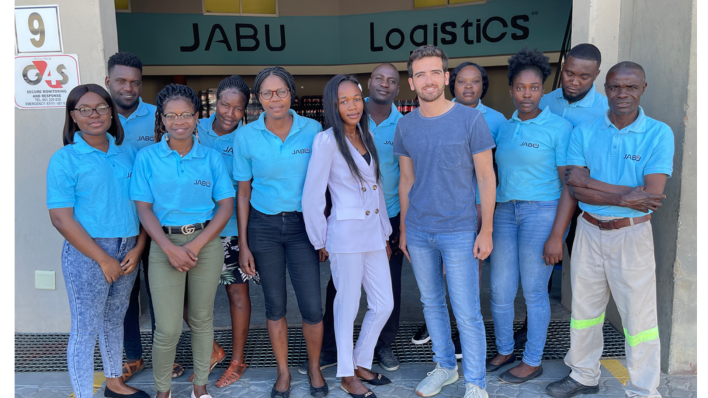 The Namibian startup has its fleet of vehicles along with eight distribution centers. Suppliers using the platform have dashboards to see where their products are being delivered, check key performance indicators and book merchandising. They can also make advertising and marketing campaigns at shops, perform product giveaways and tap into merchandising revenue.

JABU operated in stealth mode for much of last year. It got into Y Combinator during the accelerator’s summer batch in 2021, the first time for a Namibian startup.

The startup doesn’t appear in our curated list because it deferred its Demo Day until this year’s winter batch, where up to 15 African startups have been selected by Y Combinator, according to some sources.

Last year saw venture capital firms and institutional investors scramble to back newly formed and existing business-to-business e-commerce retail startups. One of the earliest in the space, Nigerian B2B e-commerce platform TradeDepot, raised a combined $110 million in debt and equity. Startups from other parts of Africa that raised investments include Morocco’s Chari, Egypt’s Capiter and MaxAB, and Kenya’s Twiga and MarketForce.

JABU shines a light on the Southern Africa region. The company operates in three cities in Namibia and recently expanded into two Zambian cities. Its monthly GMV has grown 25x and the average growth of delivered SKUs stands at nearly 53% since March. The company said that revenue has also seen a 35x growth within the same time frame.

As with most African countries, Namibia is heavily reliant on cash. And JABU — profiting from owning its supply chain — is making efforts to digitize its physical cash collection processes via wallets. 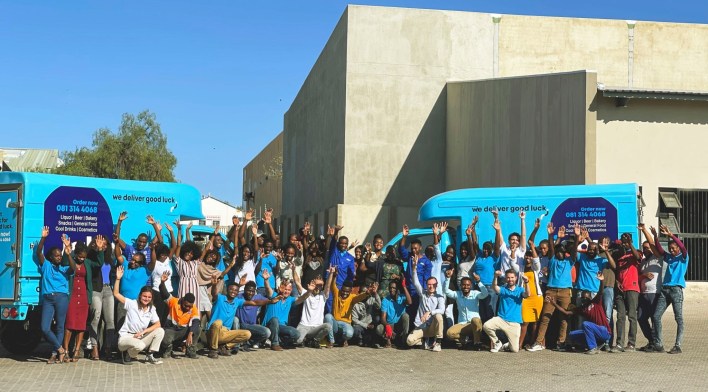 When the money from retailers arrives at JABU distribution centers, it typically takes 48 hours to settle into the banks. Instead of going through this mundane process, JABU’s wallets will allow merchants to deposit and withdraw money immediately in sync with these centers.

“Our volumes growth grew so much and we’ve picked up so much money in physical currency, the banks and others have sat down and said, ‘How can we fix this?’ I mean, we went from having a couple R100,000 (rands) a week to having millions of Namibian dollars. And we realized there’s something better and bigger than we originally tapped into,” Akinin said about why the company is creating wallets for its merchants.

Akinin said the next stage of JABU’s wallet system would see merchants offering other services to consumers on top of their digitized cash.

“The only way to do that is by partnering with the merchants, and they go through a [know your customer] process, we make sure the merchants have the right space and the right account to back their float. And then they transact with their customers. So we’re entering the B2B2C space through the merchants that we work with,” he said.

JABU’s revenue largely comes from distribution it carries out itself or via third-party fleets. Merchandising and targeted marketing and advertising also bring in bucks for the company. It will take commissions from transactions performed on merchants’ wallets in the future.

Akinin, who had a stint at Google as a sales and goods analyst, also spent parts of his professional career as an investment banker at Credit Suisse. He would later make a series of visits to top African cities like Johannesburg, Lagos and Addis Ababa, but it was in Windhoek that he found the spark to try something new.

Namibia had huge housing demand at the time. Akinin launched a startup to offer digital mortgages but pivoted to a construction company with a presence in Namibia, Zambia and Cameroon.

Due to the pandemic, Akinin’s construction company embarked on a COVID relief program to donate food supplies in Namibia. Then, he stumbled on the country’s B2B e-commerce retail opportunity.

“We went into the informal sector and realized that the city had shut down every single informal retailer. And when they did that, we had this software we had developed to like digitize housing demand,” he said, describing how JABU started. 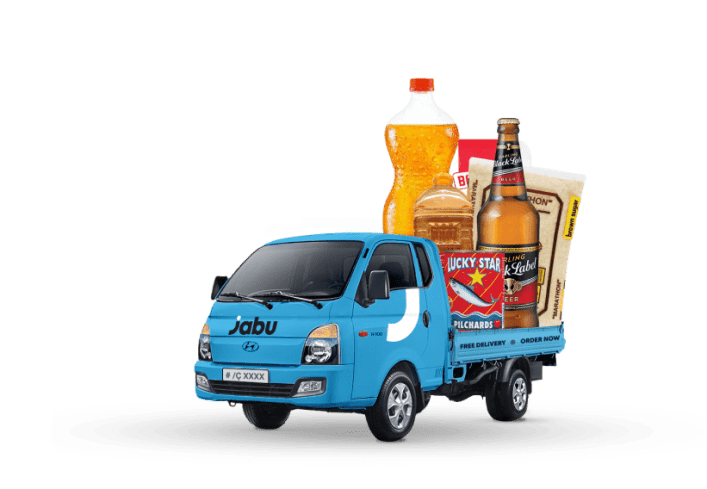 “We hired 40 people from the community and in about one or two weeks, we registered 1,000 shops that had been affected by this shutdown. We realized that there’s a huge opportunity here to not only help them reopen but understand something very key here that they have no supply chain and also no way of sourcing their products at an affordable rate.”

Informal retail is still king in Africa. A study by PwC reported that informal channels such as kiosks and mom-and-pop stores account for 90% of sales in Africa’s major economies. The opportunity is so large that some startups, such as Nigerian B2B retail platform Sabi (a Rensource spinoff), said it was processing almost $12 million monthly GMV, TechCrunch learned in an interview with its founders in November.

JABU, with more than 200 employees, is gearing for a Series A fundraising this quarter, Akinin told TechCrunch. The startup will use the seed round and subsequent growth round to expand into Botswana and South Africa, grow its tech and operations team, and train its field agents.

How publishers beat Covid blues in 2021