Crypto Banking: What is money? If somebody asked this question a few years ago, we all would think of the currency notes and banks at first. However, things have changed quite a lot since the world took a further step towards the process of digitalisation– which was the widespread acceptance of cryptocurrencies.

These digital currencies have gained so much popularity in the last few years that now everybody is buying them. It started as a source of investment and speculation, but with the growing digitalisation, it is now being used as a mode of transaction, replacing the traditionally used money. In this article, we will be discussing about the crypto industry and what is currently happening to it.

The development of the most popular crypto – Bitcoin along with all other countries a decade ago are now considered one of the best development in the path of modernisation. These cryptocurrencies have literally changed the definition of money and have opened the gates to many new financial services.

The cryptocurrencies first started as a mere mode of investment, then speculation and now they are being used as a mode of exchange. It is safe to say that they are replacing money. These new gates of financial services that the growth of cryptocurrencies have opened provide the cryptocurrencies to move into the traditional banking territory.

What are the banking services that these cryptos offer?

The first and foremost service which the newly grown crypto sector provides is the basic function of borrowing and lending. This function defines the basic functioning of banks. Moreover, the interest earned on the digital currency held by the investors is great and is far better than the interest provided by the banks which is a major for the shift to cryptocurrencies.

Moreover, crypto can be used as collateral to back up on loans. Crypto loans do not generally involve any credit checks as the transactions are backed up by digital assets. 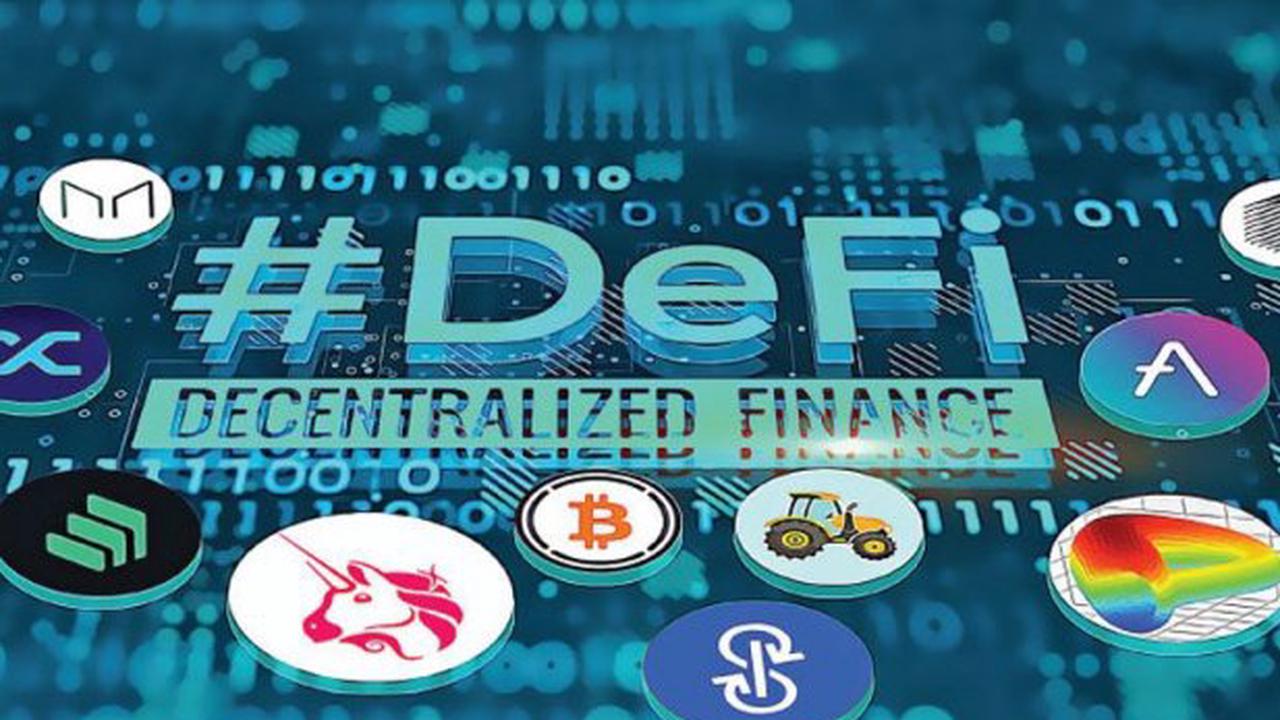 Who’s playing a major role in this sector?

This market is quickly being flooded by businesses from vaguely familiar to science-fiction like entities. They majorly run the gamut from BlockFi which provides the services of interest-bearing accounts like what a bank does.

Further, the Kraken Bank which is expected to soon take retail deposits too. To conclude, a decentralised, automated borrowing and lending system started to grow in the year 2018 and now it has almost more than USD 18 billion in asset bearing interests.

You might be wondering how do they offer such high yields? Well, we have the answer. Just like the traditional banking approach, which is that they lend out the deposits of their customers and pay a bit of these earnings to their clients as interest, the crypto outfits use a similar approach.

They pool the deposits in order to offer loans and give interest to the investors. The different thing is that, unlike banks, they are not required by the law to keep reserves. On the other hand, banks have to keep a fixed percentage of their deposits as reserves, which helps them to avoid chaos during unprecedented situations. Therefore, these crypto outfits can lend more and therefore can offer a high yield.

However, there is one thing that is hampering the growth of the cryptocurrency across the globe and that is the very high volatility of these cryptocurrencies. The cryptocurrencies are highly volatile and their value keeps on changing every single day, making it difficult for people to accept them as a mode of payment.

However, does this mean that there is no future for the decentralisation of currency? Well, the answer is no. This is where the main player comes from- Stablecoin.

What is a stablecoin?

Cryptocurrencies are very volatile, and therefore to avoid this, stablecoins are backed up with stable assets. The most common stable asset that they are pegged with is the dollar. The sole purpose of stablecoin is to provide the steady value of government-issued money in digital form for blockchain transactions.

The most popular token which is tied up with the dollar is Tether and USD coins. The stablecoin has recently been gaining much popularity and therefore the number of stablecoins in circulation across the globe has jumped from $29 billion in January to a huge $117 billion as of September. This huge growth of stablecoins clearly shows the widespread acceptance of it across the globe.

Just like the central bankers ensure a managed supply and demand of a currency in order to keep its value stable and avoid volatility, the stablecoins issuers are similarly required to hold and monitor reserves in order to keep the value of these coins stable. However, many reports claim that there is no guarantee that they hold one-to-one dollar backing which they claim to maintain.

Moreover, one study suggested that a sudden surge in withdrawals could lead to a collapse of the asset, and therefore will put all the consumers, financial companies and the economy at risk.

Whether in cryptocurrencies or in stablecoins, the people are not completely able to trust as they are not backed up by the central banks and carry a lot of risk with them. This creates the need for central bank digital currency. Central bankers across the globe are examining the potential of issuing a government-owned cryptocurrency. How will it be beneficial for the people?

This cryptocurrency will offer both the things, the benefit of convenience of crypto and the reliability of money controlled by the central bank. Therefore, this will reduce the risk associated with the cryptocurrencies by a huge amount. Many big countries, including the United States, are considering developing a central bank digital currency.

However, the stablecoins investors on the other hand claim that it will take a lot of time for the government to develop this and by that time, stablecoins will be widely used. People across the globe are now moving towards decentralisation and therefore the stablecoins and cryptocurrencies are growing.

The Decentralised Finance or popularly known as DeFi is growing, that too at a very high pace. The decentralised finance is nothing but an ecosystem of finance where people transfer, trade, borrow and lend only cryptocurrencies.

This would be independent of the traditionally running financial institutions and the regulatory structure. Moreover, this would help people become independent from the middlemen and would also help them to remove the trust issues that they traditionally have to face. T

he world is growing, every single day and therefore the need to shift to decentralisation also arises, as it is much faster and futuristic and would definitely facilitate the much needed digital growth of our economy too. New methods have to be accepted with time and this digital era is the era of cryptocurrencies.

Fall of Panjshir: Drowning of the last hope of the Afghans.

Why US government is staring at a partial shutdown? Have they run out of funds? – huge social costs for the country

Jio’s Network Down for Many Users, including Data and Mobile Services