Uncertainty is something that prevails in the foreign market in India. Businesses love certainty, but government changing laws sometimes makes uncertainty an always lingering phenomenon in the market. Under recent speculation and scrutinization, multinationals have come under the taxman’s lenses in India, which is effectively contemplating higher GST to be levied on the multinational in India.

It is to be noted that this is the royalty income that is effectively taxed by the Indian tax department. Initially, various multinationals paid-up to12 percent in the goods and services tax. But given the recent scrutinization by the department, the tax department is seeking to effectively levy 18% GST.

See also  Coronavirus Alerts: 9 Days To For The End Of Lockdown 4.0: Community Transmission and HCQ.

This begs a pertinent question that why is there a discrepancy in the value of tax to be levied? It is to be noted that GST payments against the “right to use” and “transfer of right to use” are different. The former category attracts 12 percent GST but the latter effectively attract 18 percent GST. Given the sensitivity of the issue, multinationals emphatically have claimed that they are not transferring their brand name. In addition, they have also stated that neither are they allowing the Indian entity to entirely use their brand name for perpetuity, which effectively does not lead to the imposition of the tax of 18 percent.

It is to be noted that at various points of time, there has been an intense dispute or discrepancy between the issue of ‘right to use and ‘transfer of right to issue’. This is effectively due to the fact that both categories attract different GST rates. Indian authorities in its pursuit to rightly monitor and regulate the multinationals have been asking for higher GST rates.

It is to be noted that different franchisee models in India are used for operations. This practice too is leading the tax department to scrutinize the multinationals operating in India.

It is to be noted that under various models, most multinational fast-food chains actually tend to allow geography-based exclusivity to seep in. It effectively means that the multinationals allow more than one franchisee to operate in a similar geographical location. Such a model is also adopted by many mobile and tech companies that allow various similar franchisee models to operate either their app stores or exclusive stores in a particular area. Sometimes the period of partnership or agreement between the multinational and the franchise is for 99 years which tax officials consider multinationals’ strategy to save taxes in the market.

It is to be noted that the use of such taxes can hinder foreign investments in India which are quite crucial at this hour. It is no news that the economy is recuperating and FDI take an upper stand when government and private investments are at an all-time low. the issue can lead to discrepancy as brands are usually quite touchy on the issue of applicability of taxes for multinationals or large Indian conglomerates.

However, this is not the first time that the multinationals have been scrutinized and asked questions about effectively allowing their subsidiaries to use their brand name which effectively comes under the ambit of “transfer of rights”.

Such questions were also asked to preserve the rights of the Indian entities and to scrutinize that whether they had been paid their dues or not.

In a series of attempts to levy higher rates, the indirect tax department has earlier also asked the multinationals to put a valuation on their brand names or logos. They had also recommended charging fees from their subsidiaries but to effectively pay 18 percent GST on their royalty income.

For a long time, many multinationals have been under the Indian tax department’s radar. What earlier saved them was the onset of the pandemic which had effectively delayed the workings of the department. But with a resumption in activities, the tax department is ready to continue with its sleuthing and impose higher GST on such multinationals.

Economy grows by record 20.1% in June quarter after the covid slump 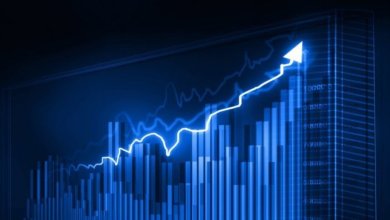