During the time the whole world was battling with the novel coronavirus scare, India’s Prime Minister Modi was perhaps involved in the more important stuff. 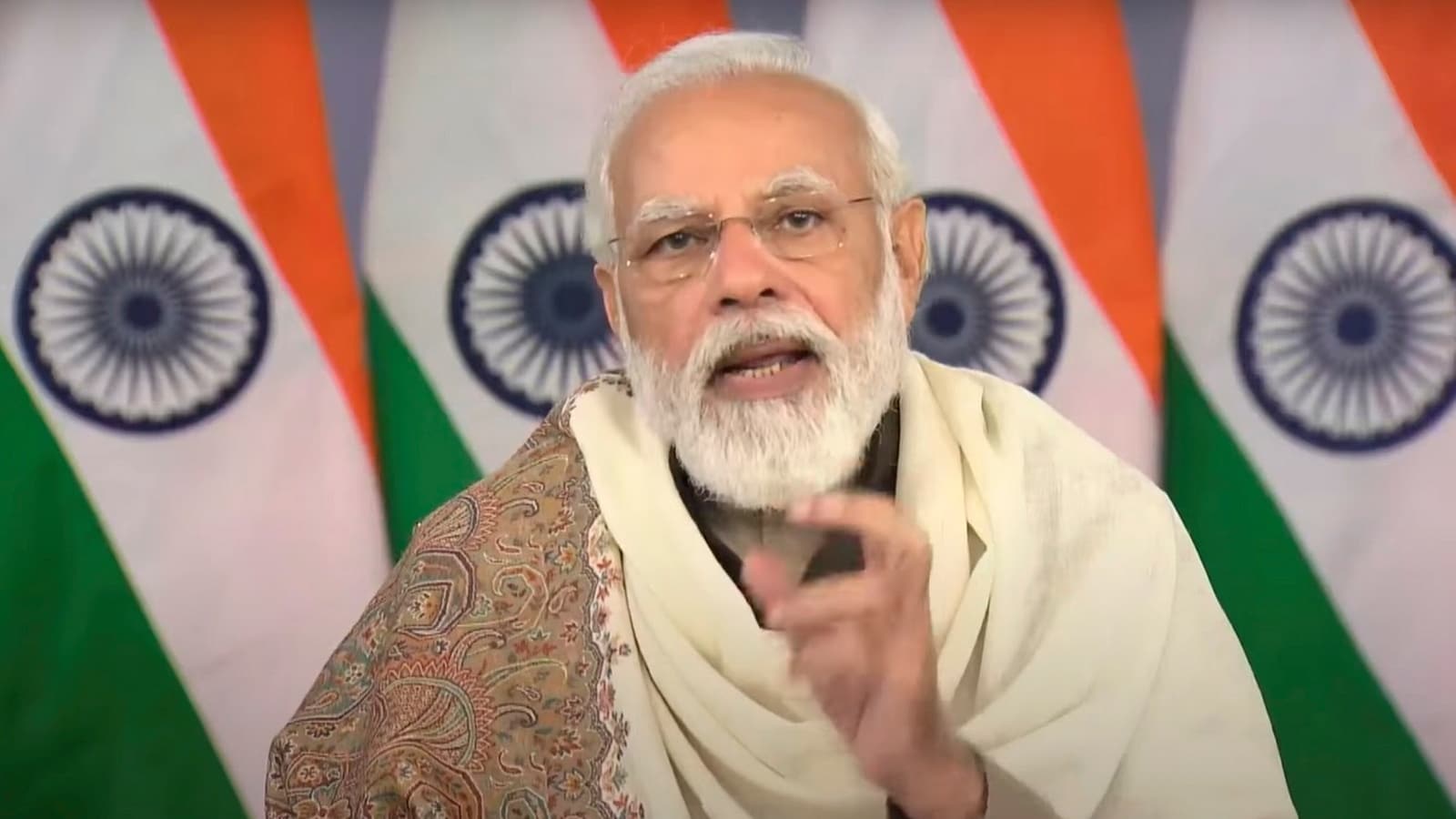 All the five speeches delivered by our honourable Prime Minister Narendra Modi throughout the pandemic season were all centred around sharing his ‘Mann ki Baat‘ rather than actually deliberating and discussing the real wide problem the country was and is still facing- COVID-19. Mann ki Baat is also the name of his radio show based the same format of one-way communication or monologues.

Not even once, he has been seen inviting the public for a two-way conversation, giving the public or media to raise questions, clarify doubts or even make a conversation out of all the matters, especially the ones triggering public outrage.

And with this, the government has constantly been blaming the policy recipients of not actually being able to understand or comprehend the new policies or amendments brought in by the centre. During demonetisation, the public was blamed for not rightly being cognizant of the terms; during the implementation of the goods and service tax or GST, the traders were being blamed for not being able to figure out their benefits in the act.

During the citizenship amendment act, the protestors were being held liable for not evaluating the pros and cons of CAA rightly; and now, the farmers are being condemned for not being able to evaluate the New Farm Laws.

So, basically, our democratically elected prime minister can suddenly declare a decision to demonetise currency and surprise the people of the country by addressing the nation at 8 pm, but he cannot bother to answer any questions raised by the same public at him.

The only question I have here is that when you do not certainly address the targeted people at the right time, how would you expect them to understand or comprehend what change are you willing to bring in their lives? It is a natural human tendency to be scared of change and to resist the new dynamics let alone the fact they are beneficial or not. The only thing that can generate public support for new policies and changes is effective communication, which clearly seems to be shedding off from the books of our Prime Minister Narendra Modi. Why can we not have wide publicities about the new government bills and policies just like we have mass public demonstrations during elections when these politicians rally across the states to gather support?

One might as well ask what is new about this because Pm Modi has always been working out with this style — preachy soliloquies. He has rarely been seen to be involved in or to have an intention whatsoever to ensure a two-sided engagement.
But this time, it is different.

How is the COVID pandemic different? And how have the other world leaders reacted to this situation?
The pandemic has somewhat been a war-like situation. A war in which the enemy is one common little virus for all the people which has left the governments equally challenged and People scared, worried and unsure.

And during this situation of crisis, the best and worst of leaders in democracies around the world have been putting all their efforts in allaying their fears, clarify concerns of the worries and ensure that the government is accessible to all. The difference lies in the fact that this is a crisis of unprecedented proportion in which the top leaders across multiple democracies in the world are proactively addressing their people and engaging with them by answering questions and allowing exchange. All the highly influential global leaders from US President Donald Trump to United Kingdom’s Boris Johnson and from the prime minister of New Zealand, Jacinda Ardern to the Irish prime minister Leo Varadkar. While, on the contrary.

India’s prime minister Narendra Modi resolutely refused to answer questions of his voters, press, and sometimes even his own party workers.

Irish Prime Minister, Leo Varadkar has been a fascinating leader in dealing with the pandemic panic in a couple of ways. He was a doctor before stepping into the field of politics and he’s gone back to work doing phone consultations. The speech that was given by him on the St. Patrick Day also attracted the natives of his country as well as others around the world simply because he connected his family to the crisis and was able to paraphrase Churchill to sort of seeming more human and personable to people.

Even though the President of the United States Donald Trump has taken the most disappointing pathways to deal with the virus initially by mocking it and playing it down, he slowly and gradually understood the gravity of the situation and since that realization, he has been holding a brief meeting every single day with his Covid-19 taskforce while answering questions from an aggressive media.

Prime Minister of the United Kingdom Boris Johnson had also been actively involved in interacting with his countrymen until he himself had tested positive for the virus himself while Italy’s Prime Minister Giuseppe Conte, has also been giving regular interviews to the media.

A pandemic like situation is one where the voters and countrymen look up to their elected representative and leader (in democracies) for clarity and support.

Needless to say, all the interviews and conversation were not very smooth for the leaders and there were times when all these leaders were chided and potshots were taken at times. But even after all this criticism, for the most important part of it was that it offered clarity and gave appropriate answers on what the governments are thinking. And with all this, India, however, continues to be an exception with Mr Modi keeping the core conversations diverted by asking people to come out on their balconies to clang plates and light candles and diyas.

I am not saying all this was not appreciated, it was. But that is not the main concern here. All these steps are to trigger the emotional instinct of people (which by the way BJP has been doing all this while), but where is the practical part? Where are the answers to economic, social, and political uncertainties?

The efforts and creative ideas put in by the centre about trying to bring hope to a despairing situation and rally people together through the means of such acts of togetherness and entertainment are highly appreciated by the masses, but this does give the democratically elected Prime Minister of a country as diverse and complex as India a clean chit to escape all the public queries and press questions.

It is not hidden that India has done a reasonably praiseworthy job in managing this unexpected situation of crisis. But then again, this does not mean that Mr Modi can refuse to take queries and show such disdain towards the media and his people.

Prime Minister Narendra Modi’s trademark style-monologues in his “Mann ki Baat”
The popular style of giving all these monologues by Prime Minister Narendra Modi is not quite new for the Indian public actually. Even in his last tenure, Narendra Modi has always believed engaging with the public more and more only via this style and putting across his points conveniently and compulsively. He has extensively made use of his monthly radio show “Mann ki Baat” for publicizing his campaign speeches.

Other one-way communication mediums used by him are his tweets and other social media messages along with multiple addresses to the nation. But, press conferences seem nowhere in his to-do list.

Most of his past interviews are from the election season and have been painfully curated and carefully monitored.

Ever since Mr Narendra Modi took charge of the country as its Prime Minister, he has faced incessant criticism from the Opposition as well as the public that for not addressing an open press conference where journalists could ask him questions, unlike his predecessor Manmohan Singh.

In fact, in his two terms consecutive as prime minister (the second one is still going on), Modi addressed his first press conference in May 2019 by avoiding answering any question and diverting all of them to the then Bharatiya Janata Party (BJP) president Amit Shah, who was seated next to him during the conference organised at the BJP headquarters in New Delhi.

Thus, even in the rare circumstances when Modi attended a press conference, all the questions were tossed towards Amit Shah who then had to answer them.

It was quite evident that even Trump didn’t like the idea of media interactions, but he still engaged with them realizing the no leader in today’s world can escape questioning, especially when the whole point of politics is to engage with everyone irrespective of preference. And, obviously, Modi’s politics is certainly better than Trump’s politics.

And thus, this novel coronavirus crisis has become a phase of historic significance in further shaping the expectations people have from their elected representatives, judiciary and the government in general.

This gives space and scope to Modi to reorient himself and his political strategies because we as his voters and his people need him to rise above being just an electoral politician to being a genuine leader who is unafraid to face his public and answer all the questions raised by them in a true democratic spirit.