The shocking news of the hour came from the City of Joy, West Bengal. Mamta Banerjee, the founder of the All India Trinamool Congress party in 1998, was attacked by four or five people at a time when there was no police officer around her;

The Indian politician has been in the news for all the wrong reasons as she has been the central figure when it comes to controversies happening between her party and the BJP. She broke out the news on Wednesday through a post on Twitter, saying that she was intentionally attacked by the BJP volunteers during her visit to Nandigram.

In visuals received from various media outlets, Mamta Banerjee could be seen holding her ankle while seating on the front seat of the car. Whether it was a full-fledged attack on the Congress regiment is still unknown, as we will get to know more about the story in further detail.

Mamta Banerjee visited the town of Nandigram for her election campaign as she looks forward to winning the elections by even a bigger margin than last time out.

IS THE CONDEMNATION OF THE ATTACK JUSTIFIED?

Political leaders have drafted their strong opinion in various journals, and condemn the incidents that happened in the outskirts of Nandigram.

Rashtriya Janta Dal Leader Tejaswani Singh exhibited his anger and frustration via a tweet where he slated the actions of the alleged BJP volunteers as:
“I unequivocally condemn the cowardly & despicable attack on @MamataOfficial Ji by goons. PS-WB police are now controlled by EC which is directed by BJP. The nation knows that people who have no belief in a democracy can stoop to any level to vent their frustration of fighting a lost battle. I wish @MamataOfficial Ji a speedy recovery! Those behind this attack must not be spared!”

The condemnation rose a lot of anger and frustration within the political parties as tension boils over the state of West Bengal as the election campaigns seek closer. With the elections fast approaching, the violent attacks between Congress and the BJP volunteers are surging their way through into political matters.

Congress politicians have allegedly reported the case to the police as they see this as a cowardly act of the BJP regime to pressurize Mamta Banerjee to step down from the position of Chief Minister of West Bengal.

The frustration of the Congress leaders could be justified in the sense that the opposition party is once again showing its manipulative tactics to merely win the election campaign. In the hindsight, the elections should be all based on campaigns and public welfare, but with the ever-growing tussle, it has moreover become a state of war between the political leaders.

WHAT WAS THE RESPONSE FROM THE OPPOSITION?

The opposition came out bewildered, as they accused the Chief Minister of West Bengal of misinterpreting the incident to the public for gaining sympathy ahead of the election. The BJP leaders alleged Ms. Banerjee for turning a simple incident into a conspiracy, and also demanding a CBI investigation against the leaders who appointed volunteers to implement this violent attack. “Is it Taliban that her convoy was attacked? A huge police force accompanies her. Who can get near her? 4 IPS officers are her security in-charge and must be suspended. Attackers don’t appear out of anywhere, they’ve to be arrested. She did drama for sympathy,” Bengal BJP vice president Arjun Singh told the news outlets.

WHY DOES INTOLERANCE ARISE DURING THE ELECTION CAMPAIGNS? 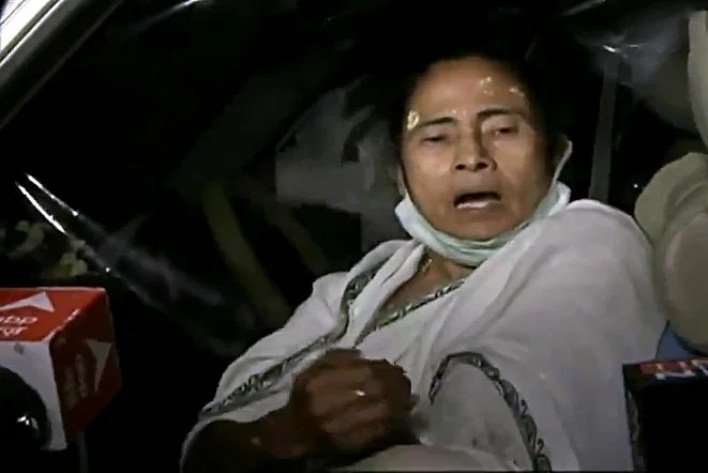 Murderous physical attacks on political rivals or clashes between protesters and the police are as bad as it gets. So much so, that a list of, say, the worst incidents of political violence becomes lost in a haze of plenty.

In West Bengal, the grounds for confrontation have strictly been political; The clashes are not disguising caste or communal tensions, rather, it has been because of the political differences between the leaders of Congress and BJP.

The land acquisition proposal in 2006 revived blurred memories of the turbulent years West Bengal has had fighting over conflicting issues with the industry. The revolt in 1971 goes down memory lane to be one of the strongest revolts The Trimoonal Congress has ever had in its history.

The series of violent confrontations between the CPI (M) and the Trinamool Congress over land acquisition for the Tata Motors Nano car factory in Singur. Endemic as violence is generally a measure of competitiveness in West Bengal, and all the political parties revolve around the single hypothesis of winning the elections by any means.

IS THERE A WAY TO GET RID OF THE PROBLEM FROM ALL SORTS?

According to the various theories that I have studied, the consideration of the election campaign should be done by restricting the violent attacks. Creating an ambush every time an election campaign comes near should not be the solution as it can affect plenty of innocent lives.

See also  The Casino Games that Can Offer Good Odds

Busting through the barriers of peace and harmony should not be tolerated in the rule of any government, as it lays to consequences that may be threatening to the life and property of a concerned area.

Restrictions and prohibitions need to set out in the way of the volunteers willing to sacrifice everything just for the sake of demeaning the opposition, and a boundary line needs to be drawn as to what could be considered tolerable and what could not be. 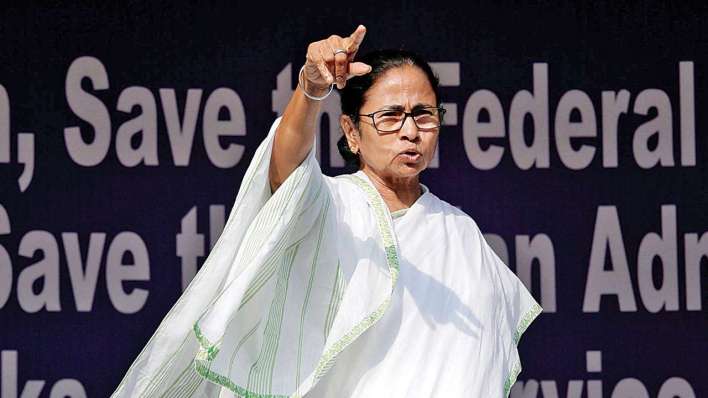 WHAT COULD BE THE TRENDS OF VOTES IN THE BENGAL REGION THIS TIME ROUND?

It would be intriguing to gaze whether Mamta Banerjee is elected the Chief Minister of West Bengal for the ninth time or somebody else break through the lines to shock the political fraternity.

Mamta Banerjee is pitted in Nandigram against her former side Suvendu Adhikari, who switched over to the BJP before the election dates got released.

Ms. Banerjee’s Trinamool Congress faces tough competition from the BJP this time, with the rival party setting their sights on coming victorious in the election poll. Recently, there has been an elation in the confidence of the BJP leaders due to the disruptions within the political party of Mamta Banerjee. Conflicting opinions have risen within the state as there is uncertainty regarding the results this time.

The rival party would look to deploy its full might of top leaders including Prime Minister Narendra Modi in their Bengal Campaign. The election period has been stretched longer due to the ongoing Coronavirus pandemic and will take place over eight rounds and 33 days.

Doesn’t the election campaign seem to be a marathon schedule rather than a fastening one? Reportedly, the election schedule was announced on the directives of Prime Minister Narendra and top BJP leaders, as Trinamool Congress alleges their opposition for deterioration of the flow that generally follows in the campaign.

The perception around the people is evolving as they have regained their trust in the Congress for a while now, and are expecting more desired results If the government of Mamta Banerjee is elected to force action in the city of Joy, West Bengal.

WHAT DEVELOPMENTS CAN BE EXPECTED AFTER THE UNFOLDING OF THE CURRENT ELECTION CAMPAIGN IN WEST BENGAL?

See also  BJP Might Announce Lockdown in India only after the Elections Are Over, Else It will be a loss of money invested in elections and rallies. Elections Results & Forming Government Is More Important & Valuable Than Few Lives.

West Bengal is among the six states that generate half of India’s economic production. West Bengal is one of the most densely populated states in India, produces 5.7 percent of the gross state domestic product.

Although West Bengal lacks volatility in many key areas of measurement, it still shows signs of improvement every quarter.

The per capita income of West Bengal in 2019-20 stood at Rs. 67,300, which is quite below standard when compared to the economic performances of other states. The economic growth in West Bengal gets affected massively due to the constant political violations. It is a bad indicator for the growth of any sector in the State, and we can expect an evolutionary change in the working process of various sectors after the elections.

We can expect the next ruling Government to restrict violent attacks and put more emphasis on increasing the per capita income, which has become the motive of every concerned area in India.

In the last five years, West Bengal has prioritized spending on rural development and education( 10.8% and 17% respectively) which was much higher than the other states. Even though the splurge was immense, it lacked provide awareness to people on how to avail the facilities for their own benefits. 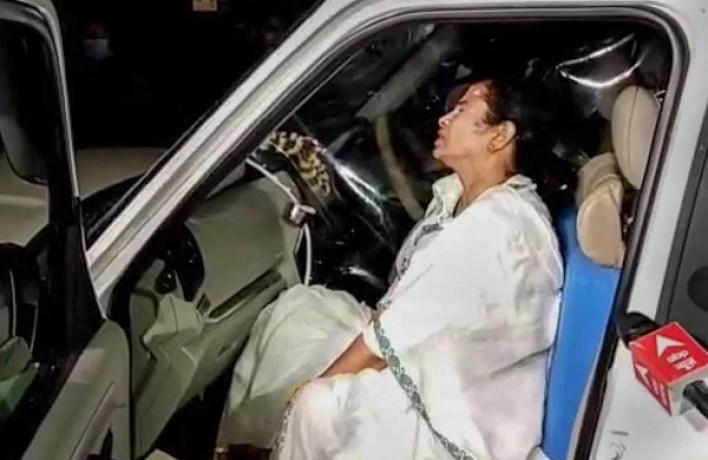 Another key aspect that the government should look forward to is declining the unemployment rate by giving the House-in sectors the procurement of funds to inaugurate their scale of business for attaining greater profits. It would enhance their way of living and thus helps in reducing the political as well as economic disparity.
The present scenario resembles the situation back in 2011 when Buddhadeb Bhattacharya was defeated by the Trinamool Congress-led United Progressive Alliance (UPA).

All said and done. The nation looks forward to conducting the elections that could unfold to be a shock for many if the tables turn this time around. Whomsoever candidate gets appointed as the Chief Minister of West Bengal, their prime responsibility is to ensure a congenial business atmosphere for the industries so that they can carry out their activities in a systematic manner.

While the nation moves towards the next decade, we all hope that these next few years place India in a strong position in the global economy.

Delhi Government succeed in Its Approach - Target 2047: Reaching the Same level of Per Capita Income in India to that of the Developed Nations