Farmers in hundreds descend at Delhi-UP border on protest anniversary

Hundreds of farmers in tractors started arriving at Ghazipur on the Delhi-Uttar Pradesh border as Friday marked one year of the ongoing farmers’ protest against the central laws. Many of them brought along vegetables, sacks of flour and lentils, spices and cooking oil on their tractor-trollies, saying they have come prepared for a long haul.

Bhartiya Kisan Union (BKU), an influential farmers’ union from western Uttar Pradesh, has been leading the charge at the Ghazipur border since November last year.

The BKU is part of the Samyukta Kisan Morcha (SKM), a farmers’ collective, which is spearheading the protest for withdrawal of three contentious farm laws and for legal guarantee on minimum support price (MSP) of crops. 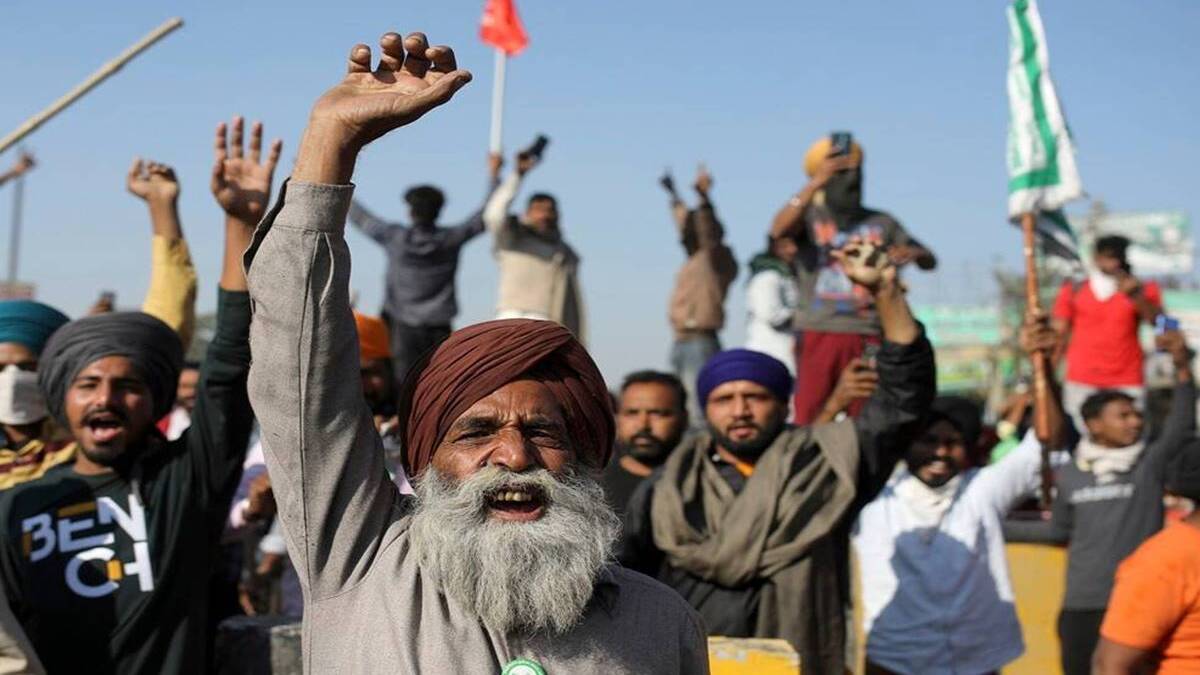 It has been a year of unmatched struggle mixed with happiness and sadness. We are fighting and winning. We will fight and win. MSP law is farmers’ right, BKU national spokesperson Rakesh Tikait tweeted in Hindi.

The outfit’s office-bearers claimed the police have been strengthening the barricading at Ghazipur border – both on the Delhi-Meerut elevated highway patch and at the UP Gate down below it — since Thursday, even as they said the crowd would swell at the protest site by evening Friday We have a meeting of the SKM on Saturday and the future course of our action will be decided only after that.

We have planned a march towards Delhi on November 29, but SKM will take a call about it on Saturday, BKU spokesperson Saurabh Upadhyay said.

He said, Supporters in large numbers started reaching the border early Friday morning and by evening we are expecting over 50,000 people at Ghazipur alone.

A BKU supporter who reached Ghazipur in the morning from Muzaffarnagar on a tractor in a group said they have come to the protest with arrangements for food and accommodation. It has been a year, the farmers can continue the protest for their rights for several years, the villager, draped in a shawl and a muffler, said.

Hundreds of farmers have been encamped at Delhi’s Ghazipur, Tikri and Singhu borders since November 26, 2020, with a demand that the Farmers’ Produce Trade and Commerce (Promotion and Facilitation) Act, 2020, Farmers’ (Empowerment and Protection) Agreement on Price Assurance and Farm Services Act, 2020 and the Essential Commodities (Amendment) Act, 2020 be rolled back and a new law made to guarantee MSP for crops.