With MacOS’s Big Sur last year, Apple’s Mac operating system received its most extensive, most significant update. Compared to 2020’s behemoth, MacOS Monterey is more of an update in this year’s release. Even though Apple prefers MacOS 12 over MacOS 11.1, it is more refined than revolution. What can you expect in the fall if you sign up for the public beta?

For a start, expect a lot of bugs. After the second developer beta, Apple released the public beta. With such a quick turnaround, some features seem a little clunky. What about MacOS Monterey itself? Does it work well? What are the practical implications of these new features? As part of our review of the new public beta, we were allowed to take it for a spin.

It incorporated new-looking buttons, sidebars, menus, and much more for a complete overhaul of MacOS’ visual style. A vast improvement that helped bring MacOS into the modern age. The changes in MacOS Monterey are far more restrained than in the last iteration. The rest of the changes are primarily cosmetic. Users’ profiles have been spruced up, and app icons are now displayed next to their alert messages in notifications.

The visual overhaul of Safari is one of the most significant ever. With the top bar stripped down, it can be tricky to navigate at first because almost everything has been streamlined to fit Apple’s minimalist aesthetic. Safari is getting a bit prettier, but Apple seems to be getting carried away and implementing changes no one asked for. There is more to design than just how it looks. There may be a problem in this case. 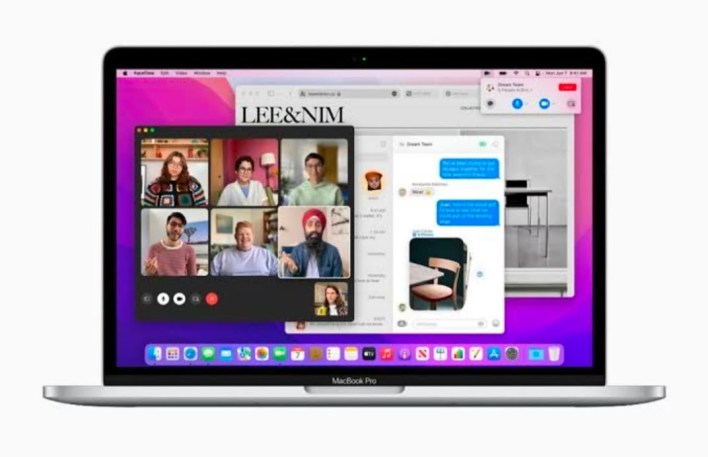 The URL bar and tab bar are now combined in place of two separate rows sitting one above the other. Having multiple tabs open, the active tab now takes up most screen space. This is where the search bar is hidden – click inside it and start typing. The top bar is colored based on the color of the websites in the active tab. It looks good and chooses an appropriate color quite nicely.

Tab Groups are a great way to manage all those tabs you have open at once if you’re like me. Apple’s approach differs from Google Chrome’s. To organize tabs, you can group them and name them. The tabs that are contained within a group are visible only when it is opened. Managing these groups at the moment is challenging, and the command you need can be difficult to locate. However, it is a beginning.

MacOS Monterey contains plenty of new features highlighted at Apple’s WWDC show. There were several issues with macOS Monterey that weren’t working correctly at the time of writing. The beta release should fix some of those issues. Items sent to you in Messages surfaced inappropriate apps after receiving them in Messages. A message containing a news story will appear in the News app. Those are the theoretical ramifications, at least.

We could not find a working Shared With You section in many tried apps. Photos and Podcasts lack Shared With You areas, as do the News app and Safari on the start page. It organizes all the images, links, and files that have been sent to your contacts similarly to Messages. Because it works in only a few apps, Shared With You gathers only the files it can play or open instead of every file.

While Quick Note is a welcomed addition to MacOS, it is a minor one. Besides SharePlay, Monterey also has a new sharing feature called SharePlay. You can share your screen (or the content) during FaceTime calls with others. Being together in a pandemic is complex, and Apple can easily understand why. Since it is limited to Apple’s Music and TV apps, it is a relatively essential feature.

SharePlay does not work with Podcasts or Photos, Apple’s other content consumption apps. While Apple says it will open up its SharePlay API to third parties, I hope it doesn’t forget its apps. The use of SharePlay at the moment is pretty fiddly. Take the case of a facetime call on an iPhone with a track playing in Music.

In iOS, there is a slight alert stating, “SharePlay Music,” but it hasn’t started yet. To share your screen, you must tap the alert and the unlabeled, unnamed icon beneath the Leave button. There is a lot of ambiguity and unclear information here. The first time you use SharePlay on Music or TV, it’s not great, but you can let it automatically enable SharePlay. 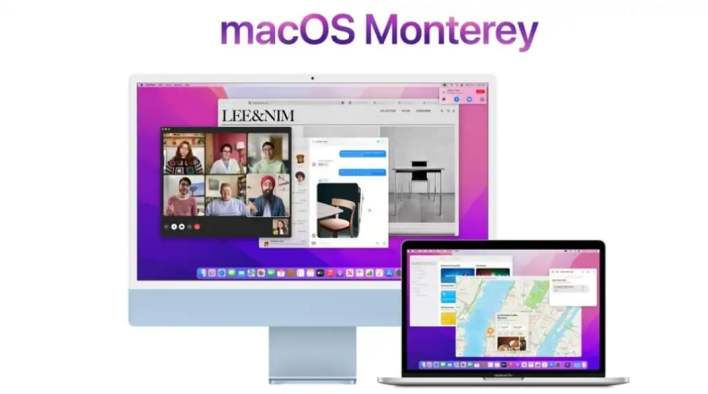 Despite this, the results are good, and there is a lot of potential for sharing movie-watching experiences. If SharePlay is to take off, Apple must make it far more intuitive. FaceTime has a variety of tools. A new Portrait Mode filter is available in the latest MacOS Monterey beta to blur the background. When you can enable it, it looks good. Even though FaceTime is still in beta, the Portrait Mode button frequently disappears randomly.

FaceTime still has a few things to work on. Messages are incompatible with FaceTime, and AirDrop links are extremely hit-and-miss, but you can send invite links for FaceTime calls (finally! ). You cannot change your camera to landscape or portrait when you join a call via a link. It’s the opposite when a call is made without a link, and the grid view won’t appear. The broad spectrum and the voice isolation microphone modes are not available.

Integrating cross-platform platforms is a focus of macOS Monterey. In the WWDC unveiling of Monterey, the company showcased Universal Control, a feature that lets you control iPads and Macs (or both) with the same mouse and keyboard. What does it do in real life? How does it work in the WWDC demo? The answer to that question is unfortunately not yet available.

With AirPlay, we can say we’ve been waiting a long time for this. When you have a large screen, AirPlay thrives. Users of Apple TVs can send video to Apple TVs with an iPhone or iPad as a remote, but Macs are mysteriously excluded. Now you can use your phone’s content – like videos captured with an iPhone – on the big screen.

To use AirPlay, open a video, tap Share, and select AirPlay from the menu. Despite its small size, MacOS has undergone a significant change. Cross-platform goodness is also available in Notes, although the focus is more on collaboration than device support. To organize notes, you can add tags to categorize them and see colleagues’ edits in shared notes. The steps add up, even if they are small. 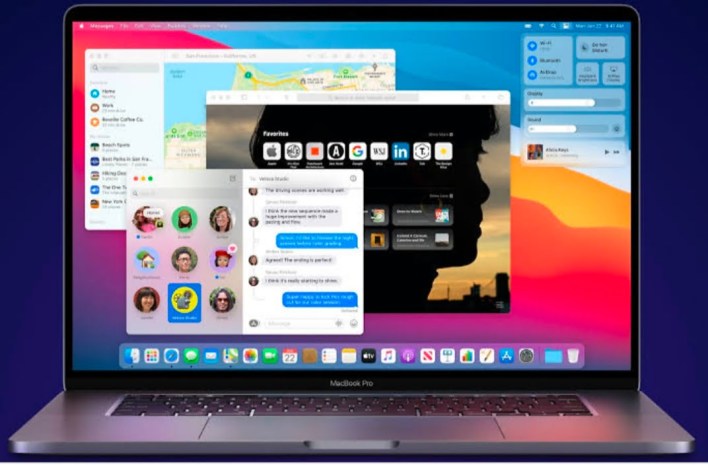 MacOS Monterey also comes with Quick Notes, which Apple showed off in iOS 15. A Quick Note can be created by selecting an image or text on a web page, for example, right-clicking it and adding it. You’ll see whatever you wrote down in the bottom-right of your screen next time you’re on a web page.

See also  5 Car Features you must look for before buying

Integrated with Hot Corners, Quick Note is one of my favorite features. Move the cursor to one corner of the screen to trigger these shortcuts. Now you can create a new note with just a swipe from the Hot Corner in the bottom-right corner. While that’s great, like many of Monterey’s innovations, it’s not groundbreaking.

With Shortcuts, you can automate tasks with a simple trigger so that you can create a powerful native iOS app. The Mac platform is better suited to it than the iPhone now. The Mac version has a right-hand sidebar where actions can be dragged and dropped, creating an intuitive visual flowchart, similar to the iPad version. MacOS Shortcuts is a potent addition to the arsenal of Mac users if a long overdue one also.

Furthermore, Apple Maps offers many new features and a more detailed view. You can now see the entire globe with a 3D model of the Earth, and public transit directions are more helpful and accurate. The maps provide more information about traffic conditions and hazards as well. On Google Maps, you can now specify a time to start or end a trip by car and public transportation. 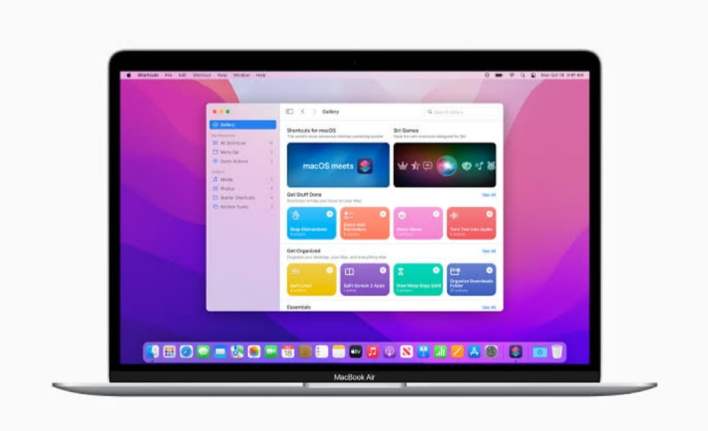 Though years behind Google Maps, that feature is finally here on Mac. You can disable notifications and distractions if things get a bit overwhelming. In addition, it offers different Focus modes, each with different rules for different situations. Among the Do Not Disturb modes available on Focus are Driving, Sleep, and Do Not Disturb.

For example, in the iOS Health App, you can integrate the sleep schedule with your sleep schedule. Yours can be added easily. The Focus mode activates automatically when you enter a particular location or time. You can focus on pumping iron without distractions by setting up location-based automation for the gym.

It’s also clear that apps can be triggered by triggering Focus mode, but not whether they can be used by allowing apps to activate Focus mode. In this case, Apple’s Screen Time tool should cover blocked apps, but Apple hasn’t specified how. Focus isn’t quite ready for prime time, like so much in MacOS Monterey beta. Apple will continue to update the macOS Monterey public beta as we test everything.

RBI urges the government to ban cryptocurrencies but Is An Indian Ban On Crypto Plausible?