The Modi government is all talk and no show.

While big promises are made about the free vaccine, free ration, free treatment – nothing is free. Systems have to be constructed so that policies granting free stuff can reach people in need. Lauding the Supreme Court for its strong decision making and insights is not enough. Instead of applauding, the government should focus on turning decisions into reality. Instead of running away from responsibilities like denying deaths due to lack of oxygen, the government should focus on creating infrastructure. Every single citizen of the country, be it a formal or an informal worker, is an equal taxpayer.

So why welfare policies do not reach everyone equally?

Supreme Court judge Justice Ashok Bhushan reprimanded the government for tall claims, apathy and lackadaisical attitude regarding migrant workers. The June 29 judgement for migrants workers of the Supreme Court is a milestone in history that will try to end human suffering in the wake of the COVID-19 pandemic. During Covid 19 pandemic, the migrant workers were forced to return home on foot, travelling thousands of kilometres in the scorching sun or stay in their work cities and starve. The June 29 order recognises the important contribution of migrant workers to the economy.

Although the enormous contribution migrant workers are employed in precarious jobs, having low wages and cannot dream of insurance from employers. The workers in the unorganised sector, which constitutes 93% of the workforce, need access to welfare schemes. There are schemes in existence but what prevents the migrants from accessing such schemes is the absence of a national database Of the Ministry of labour and employment. A problem cannot be solved unless it is acknowledged. 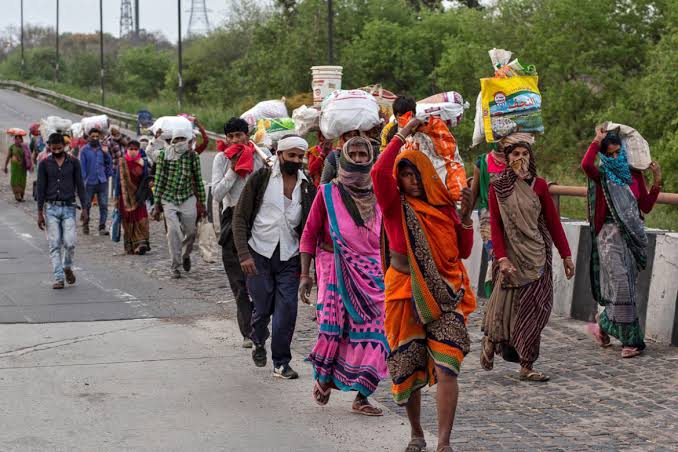 For its acknowledgement, extensive surveys and research needs to be conducted so that the dynamics of a problem or understood. The Supreme Court had issued an order in August 2018 for registering workers, but the government paid no heed to the order. The government only made tall claims regarding schemes that were introduced to help the migrant workers. But no work has been done on the ground because it’s impossible unless we know the totality of migrant workers.

The court ordered to revamp the existing three acts for the welfare of migrants, namely the 1979 Interstate Migrant Workmen Act, Building and Other Construction Workers Act 1996 and 2008 Unorganised Sector Social Security act. It also issued pleas to intermediaries and contractors who employ migrant workers to register them. The government has to understand that all talk and no show do not fill the stomachs of people.

Data collection is a crucial tool in policy-making which cannot be substituted.

A person cannot hit the target unless it knows where the target is and what are its features. The government dared not to follow the 2018 order of the Supreme Court. The Supreme Court is tired of waiting for the government to do some actual groundwork because it has released three previous orders to address the plight of the migrants. The orders issued in May declared that authorities would not ask for any ID card of migrant workers and, except self-determination, to access welfare programmes.

This order is nothing but revolutionary because our country depends on paperwork and data to determine citizenship, beneficiaries and access to state resources. The Supreme Court, by doing away with paperwork, wants to make a statement that in the name of paperwork, the state cannot run from its responsibilities, especially during dire times like pandemics. Pandemic, war, drought etc., are extraordinary circumstances that require extraordinary measures. 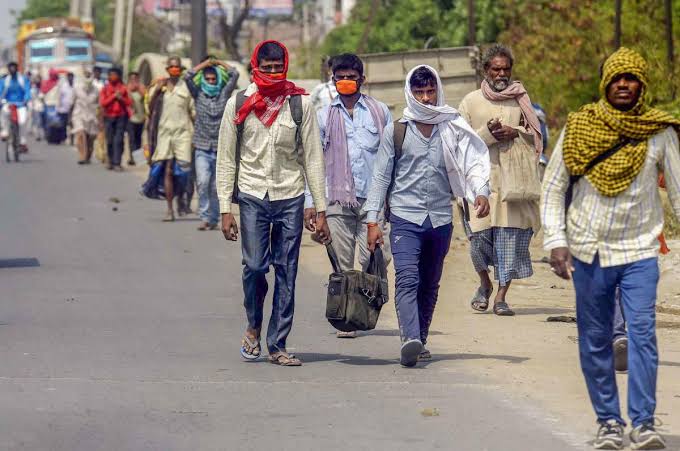 The state cannot merely watch the show while others suffer because of the existing rules and regulations, and paperwork does not allow migrants to access welfare schemes. Although it is a long-term goal to get all the migrant workers registered, given the existing situation, it seems utopian. The court’s socialist verdicts are a breath of fresh air when neoliberal policies have downgraded the importance of welfare and focus on profit. In his recent Mann ki Baat address, Prime Minister Narendra Modi said that the government would privatise all loss bearing public sector units PSUs.

He believes that the government has no business to be in business. There is no guarantee that these privatised public sector units will work for the welfare of the country. Supreme Court, in its June 29 verdict, ordered the Ministry of consumer affairs, food and public distribution to allocate additional food grains to the state for disbursement to migrant workers under the one nation one ration card ONORC scheme. The ONORC scheme is also a step further in providing welfare facilities to migrants. The ONORC scheme no longer includes food grain to migrants in their workplace only.

A migrant registered under the ONORC scheme has to produce a ration card, and he will be allotted his fair share of food grain from any public distribution shops across the country. Since migrant workers are primarily illiterate, they faced many problems like digital illiteracy, corruption, bureaucratic inefficiency and they were asked to produce multiple documents. Only an Aadhaar card is required for registration. For ease of doing business, lax rules and regulations are required. But growth and profit should not be registered at the cost of the welfare of the unorganised sector.

Employers and contractors keep migrant workers on an uncertain basis to avoid losses from Covid shocks. The labour department needs a revamp, so that inner discrepancy is addressed. The labour department needs guidelines on procedures related to registration, standard operating procedures on delays in uploading data submitted in hardcopy on the portal, et cetera. Jan Sahas, an organisation working with socially excluded groups, also reported that the labour department has irregular and inadequate staff. Hence verdict of the Supreme Court will not manifest into reality because there are not enough people to work on it. 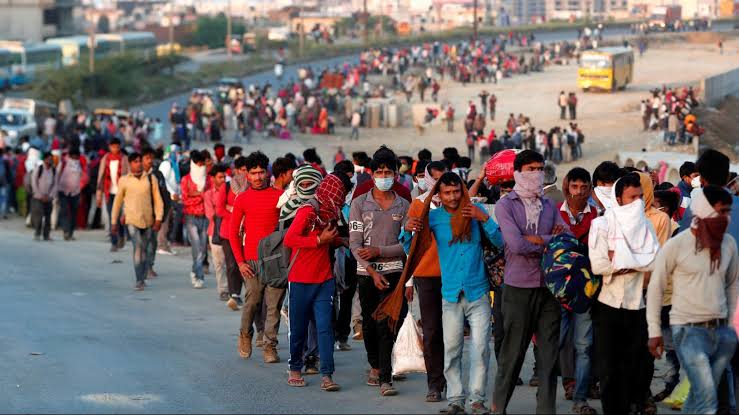 Migrants are essential spokes of the wheel of the economy, which cannot be ignored. If migrant workers are given their rightful due, the efficiency of work will increase. The big dream of Atmanirbhar Bharat, increasing the economic output and being a global leader, will only be achieved when every section of the society works efficiently. For a society to work efficiently, its workers have to be provided with security of food and employment, proper housing, water and sanitation facilities, healthcare services, education for the children, skilling etc.

The government should also focus on absorbing the migrants in their native areas to avoid crowding metro cities.

Optimum employment opportunities should be created so that workers aren’t forced to travel to other cities for job prospects. Industrial development or innovation in secondary sectors should be spread across the country equally so that there are no more slums like Dharavi and Chembur. Apart from opening industries and factories in areas other than Mumbai and Pune, the government must invest in skilling initiatives across the nation so that unskilled workers can move a step forward in employment.

The human resource ministry has another set of problems that need to be addressed on a priority basis. The government should also take lessons from the Chinese model of skilling where local governments participate in the syllabus making of primary and secondary schools. Local governments know the requirement of skills which suits their area. If a child has a skill set that is sufficient for the place he lives and will never dream of migration. The new education policy has been made, but its implementation still lacks speed. There is no point in making policies if it is not manifested into a reality. These are all long-term goals that require continuous work.

But addressing and changing rules and regulations of ministries and departments is not a long-term goal. If the government wishes, it can be done within a snap of fingers.

Planning to invest in Government securities? Here’s everything that you need to consider before investing. 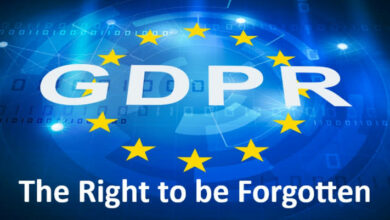 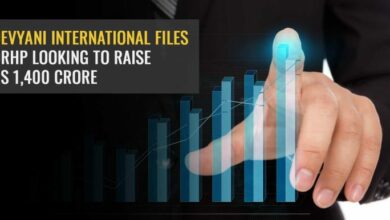 Investor Alert: 30 IPOs to come out in the next six months; Devyani International, largest franchise operator of global restaurant chains, all set to float IPO as it gets SEBI’s go-ahead. 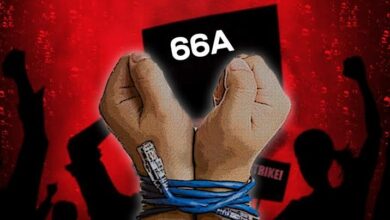 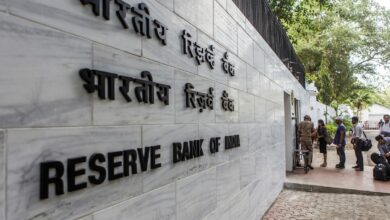 By Aishwarya Ingle
Follow Us
Weather
New Delhi, IN
Mist
31 ℃
34º - 31º
79%
1.54 km/h
34℃
Sat
39℃
Sun
31℃
Mon
29℃
Tue
28℃
Wed
Recent Tech News
Facebook Twitter WhatsApp Telegram Viber
Back to top button
Close
Popular Posts
Most Commented
Recent Comments
We use cookies on our website to give you the most relevant experience by remembering your preferences and repeat visits. By clicking “Accept All”, you consent to the use of ALL the cookies. However, you may visit "Cookie Settings" to provide a controlled consent.
Cookie SettingsAccept All
Manage consent