On Wednesday, the Union Health Secretary, Rajesh Bhushan, said that the slow pace of COVID-19 vaccine by private centers in some States was a “cause of significant worry,.” He directed the States to review the process and condition of vaccine purchase by these centers every day. After a meeting with the Health Secretaries and senior immunization officers of fifteen States and Union Territories, Mr. Bhushan noted that several Private COVID Vaccination Centres (PCVCs) had not placed any indent for the earmarked quantum of vaccines. He had directed the States to ensure that notches for the earmarked quantum were quickly identified with the vaccine makers.

Senior health officers of  Madhya Pradesh, Punjab, Rajasthan, Odisha, Telangana, West Bengal, Karnataka, Kerala, Tamil Nadu, Maharashtra, Gujarat, Delhi, and Haryana participated in the meeting through videoconference. The State governments and  PCVCs were suggested to ensure the gap between the planned amount of vaccines and payment towards their acquisition was reduced to zero. In some states, the amount purchased vaccines had not been physically raised by the States or PCVCs. The Health Secretary stressed that these cities need to make sure the lifting of the sent doses quickly.

Is there a shortage of vaccines? 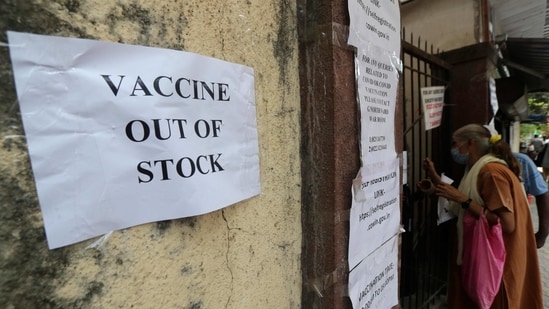 The States and PCVCs were suggested to review this and ensure that the balance of unutilized vaccine doses was quickly administered. The Health Ministry said that 39.59 crores (39,59,21,220) doses are provided to the States and UTs to date through all sources, and 30,250 doses were within the pipeline. Out of this, the overall consumption, together with wastages, is 38,07,68,770 doses. 1.51 Cr (1,51,52,450) balance and unutilized COVID vaccinum doses are still on the market with the States and UTs and private hospitals to be administered.

Union Health Minister Mansukh Mandaviya has rubbished allegations by State governments of vaccine shortage as the Central government is not making any confident adequate provides. He said that 11.46 crores of vaccines were completed and delivered to the States Governments this month. Thus, the vaccination problem should be lessened by now, both in public and private organizations and hospitals. The States knew the number of doses they require. They are sometimes provided with an extra number so that there is no shortage. Then how does every time the people complain about the lack of vaccines?

Useless statements are being created to create panic among the individuals. Mr. Mandaviya tweeted that the Central government had enlightened the states regarding the total number of vaccine doses made in July. Batch-wise data is given before the states and UTs.

Mismanagement of the vaccine

Mansukh Mandaviya discovered that if the Centre is already given the data right at the beginning of the month, there must be misdirection and mismanagement of vaccines.  The leaders are creating false statements about the vaccine shortage that are still confusing.  This may be one way to trigger and blame the Indian government. Vaccine drive must develop pace by a minimum of sixfold. The country has vaccinated over 86,700 individuals within the five days since the Covid-19 vaccination drive was displayed for people aged more than 45. Even though the numbers are significantly less, considering that there are 2-2.5 million people aged 45+ in the country.

With 33,287 doses, Delhi saw the best administration of vaccinations. Yet, the slow pace of the drive has specialists, and therefore the government disquieted. With a mean of 12,612 vaccines for 60+ people receiving the shot daily, health specialists say it would take five months to administer the first dose of the vaccine to the rest of the state. The government has no concrete estimation of the total number of people aged 45+ living in the country.  Two doses have to be given after six weeks apart for each vaccine. The next vaccine in line is Russia’s Sputnik which will be dropped in India in a few weeks.

In a meeting of the Delhi Disaster Management Authority, lieutenant-governor Anil Baijal gave directions for rushing up the vaccination drive by scaling up capability. 2 officers will be in charge of keeping details. The government is currently viewing measures to extend immunization among the aged.

It plans to expand the number of vaccination centres in private hospitals and government dispensaries. This will enable versatile timings at private centres and comfort health activists like ASHA and Anganwadi workers. This will help the network mobilize individuals to come back to the closest vaccination centre and carry camps register people who cannot access the portal for registrations independently.

Delhi increased the number of vaccination sites from 308 to 402 and addition of many government dispensaries. So far, the vaccination centres were housed solely in hospitals. The vaccination drive in dispensaries will be conducted four days per week, to confirm that different routine immunization (for infectious disease, contagious disease etc.) is not disturbed. So, they are viewing many dispensaries where the government portals will begin Covid-19 vaccine centres.

A second district official, added on the condition of obscurity, said that the supplemental around a hundred centres on and slowly increases the numbers. Although no centres are running for 24 hours, it might probably happen in a couple of days. The Delhi government’s Lok Nayak hospital had started a 24X7 centre last week; but, it is meant only for the front-line staff on duty throughout the morning hours.

The Largest Order of Vaccine Will be Placed

The government is planning for the largest order of Covid vaccines. It will have 66 crore doses for Rs 14,505 crore to obtain Covishield and Covaxin shots. According to Supreme Court, this order aligns with the Centre’s estimate of 135 crore doses between August and December.

Excluding the order for 66 crore doses, the govt has created an advance payment to order 30 crore doses of Hyderabad based on Biological-E’s Corbevax vaccine. This suggests a complete of 96 crore doses are expected to reach the government by August-December. These 96 crore doses include the Centre’s share by 75%. The private sector will have 22 crore doses of Covishield and Covaxin from the total number.

According to the officers, this order will hugely benefit people aged 18+ in India by the end of this year. The total production of Covishield and Covaxin in August-December is placed at 88 crore doses. Despite a deficit of around 3.5 crore doses in July, Covaxin production is set at 38 crores during this amount.

Apart from Covishield, Covaxin and Corbevax, the government’s estimate of 135 crore doses of Sputnik V and Zydus Cadila’s vaccine. On the other hand, Sputnik V did not begin its supply locally, and Cadila’s approval is unfinished. But ten crore of Sputnik doses and five crores of Cadila doses are calculated to be provided this year.

The order is hugely significant because it assures an offer of jabs to confirm people are safe from the third wave. The government aims to inoculate the whole adult population, i.e. 18+ people, by December. A total of 39.49 crore doses are administered across the country by 15th July.

While some states have raised issues regarding irregular jabs, the health ministry has stressed advanced designing and supplying management to confirm that no individual is turned away nor doses are wasted. The health ministry indicates accessibility of doses to states fifteen days beforehand to change vaccination centres and sessions.

RBI Restricts Mastercard From Onboarding Customers; Will this cause tensions within the banking system? 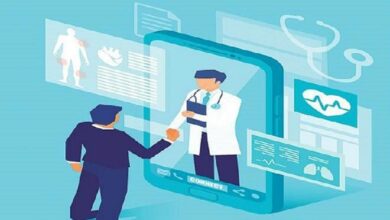 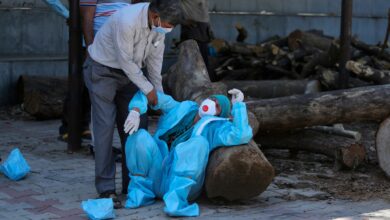 By Anannya
Follow Us
Weather
New Delhi, IN
Mist
25 ℃
34º - 25º
100%
2.06 km/h
34℃
Sun
36℃
Mon
36℃
Tue
35℃
Wed
35℃
Thu
Recent Tech News
Facebook Twitter WhatsApp Telegram Viber
Back to top button
Close
Popular Posts
Most Commented
Recent Comments
We use cookies on our website to give you the most relevant experience by remembering your preferences and repeat visits. By clicking “Accept All”, you consent to the use of ALL the cookies. However, you may visit "Cookie Settings" to provide a controlled consent.
Cookie SettingsAccept All
Manage consent