India seems all set to see a total of 0.6% GDP expansion in the three months after December following the contraction during two consecutive quarters, according to Bloomberg. This will help overcome the striking recession. The government will release the GDP data later on Friday evening i.e. today. India is likely to become one of the countries which have seen an extent of growth in the last quarter of 2020 considering that the pandemic is still there and that any rise in the cases could have an inverse effect on the economy of the country. But the undeniable fact is that the country has seen an increase in the number of COVID-19 cases in the last few weeks which has also led to some city lockdowns. This increase in the cases may prove to undo all the gains that the country is likely to experience. In Maharashtra, particularly, there were about 7000 new daily cases found last week. The entire nation was reported to have found 16,738 new cases on Thursday, 25 February 2021.

The Impact Of COVID-19 On Indian Economy
With the arrival of the Pandemic, the Indian market has seen a major downfall as various malls, colleges, businesses, restaurants, factories, pubs, flights, supermarkets were hut down. There was a massive decline in the GDP, government revenue generation. During the April-June quarter, India’s growth rate was the lowest and had the sharpest contraction in the GDP amongst the top 20 global economies. Almost every sector was affected, the worst affected ones were construction which was affected by –50%, hotels and other services were affected by –47%, manufacturing affected by –39%, and mining which was affected by –23%. At this point, it becomes important to note that these are the very sectors that are responsible for generating most of the jobs in the country. If in a situation where all of these factors are affected, this will have an immense effect on the employment rate and eventually on the unemployment rate as well. The following three months saw India enter into a technical recession. Although situations in the July-September quarter improved when the contraction came down to 7.5% from the 23.9% contraction in the previous quarter, India still was known to be one of the worst-performing economies worldwide. 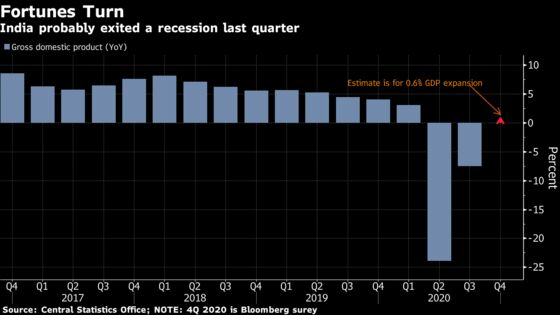 1. Aviation and Tourism
This was one sector that was affected first by the pandemic. The aviation sector contributed about 2.4% and Tourism contributed about 9.2% to the Indian Economy. The pandemic struck these sectors quite hard, harder than the 9/11 crisis and the 2008 Financial Crisis. The two sectors had to see lay-offs of about 38 million, which is a total of 70% of the workforce. Due to travel restrictions, the industries were expected to experience a loss of 85 billion rupees, according to IATO.

2. Telecommunications
The Telecom sector worked efficiently thanks to the ‘work from home’ technique taken into action by the companies. As of 2019, the telecom sector had over 1 billion connections which contributed about 6.5% to the GDP and employed about 4 million people. With everyone working from home, the demand for broadband connections rose which created a huge amount of pressure on the networks. A 10% increase in the demand was reported. This was one sector that showed an increased growth amid the pandemic which could have been considered a good sign for the industry.

3. Pharmaceuticals
With the arrival of the pandemic, the growth of this sector increased continuously. It has a market size of about 55 billion USD and with the exports of drugs such as Hydroxychloroquine to the world, the market share of this industry started surging. However, the industry was struggling as the government had imposed bans on critical drugs, PPE kits, etc. to ensure that there is enough quantity reserved for the country. This came as a challenge for the pharmaceutical industry.

4. Oil and Gas
With the complete lockdown in the country, the demand for oil and gas fell. This led to a dip in the prices of crude oil, however, the government of India increased the excise duty to cope up with the loss that came from minimum revenue generation. As a suggestion, the government should have provided the benefit of the fall in crude oil prices to the customers to increase the demand and avoid the condition of this huge petrol and diesel price hike that we are in.

It is evident that various sectors were immensely affected due to the COVID-19 pandemic, however with things coming back to normal, colleges, schools, and offices started opening up and people started going out to work and everything, the economy has seen to be coming back to normal, and with the expected expansion in the GDP, it is expected that the country will beat the recession real soon. However, on a not-so-positive side, the cases in the country are seen to be rapidly increasing which is likely to do undo all the gains that the country has experienced since it started opening up. People also need to understand that the pandemic is not over yet and that staying at home will be a wiser decision for them and their families as well as the country. so now, it can be said that it all depends on the people and how they handle the situation.

Indian healthcare sector and Covid-19; How philanthropy brought revolution amid the pandemic

Can Privatization Save India's Economy?