The Biden administration says it will send Ukraine a small number of high-tech, medium-range rocket systems, a critical weapon that Ukrainian leaders have been begging for as they struggle to stall Russian progress in the Donbas region.

The rocket systems are part of a new USD 700 million tranche of security assistance for Ukraine from the US that will include helicopters, Javelin anti-tank weapon systems, tactical vehicles, spare parts and more, two senior administration officials said on Tuesday.

The officials spoke on the condition of anonymity to preview the weapons package that will be formally unveiled on Wednesday.

The US decision to provide the advance rocket systems tries to strike a balance between the desire to help Ukraine battle ferocious Russian artillery barrages while not providing arms that could allow Ukraine to hit targets deep inside Russia and trigger an escalation in the war. 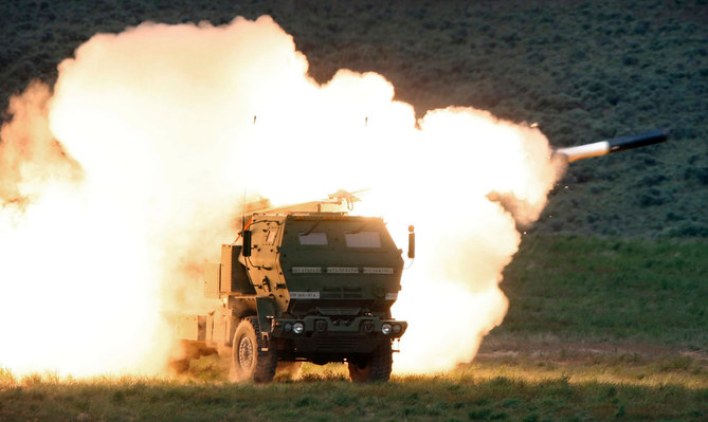 In a guest essay published on Tuesday evening in The New York Times, President Joe Biden confirmed that he has decided to provide the Ukrainians with more advanced rocket systems and munitions that will enable them to more precisely strike key targets on the battlefield in Ukraine .

Biden had said on Monday that the US would not send Ukraine rocket systems that can strike into Russia .

Any weapons system can shoot into Russia if it’s close enough to the border. The aid package expected to be unveiled on Wednesday would send what the US considers medium-range rockets they generally can travel about 70 kilometers, the officials said.

The Ukrainians have assured US officials that they will not fire rockets into Russian territory, according to the senior administration officials.

One official noted that the advanced rocket systems will give Ukrainian forces greater precision in targeting Russian assets inside Ukraine.

The expectation is that Ukraine could use the rockets in the eastern Donbas region, where they could both intercept Russian artillery and take out Russian positions in towns where fighting is intense, such as Sievierodonetsk.

Sievierodonetsk is important to Russian efforts to capture the Donbas before more Western arms arrive to bolster Ukraine’s defence.

The city, which is 145 kilometers south of the Russian border, is in an area that is the last pocket under Ukrainian government control in the Luhansk region of the Donbas.

Biden in his New York Times’ essay added: We are not encouraging or enabling Ukraine to strike beyond its borders. We do not want to prolong the war just to inflict pain on Russia.

It’s the 11th package approved so far, and will be the first to tap the USD 40 billion in security and economic assistance recently passed by Congress.

The rocket systems would be part of Pentagon drawdown authority, so would involve taking weapons from US inventory and getting them into Ukraine quickly.

Ukrainian troops would also need training on the new systems, which could take at least a week or two.

Officials said the plan is to send Ukraine the High Mobility Artillery Rocket System, or HIMARS, which is mounted on a truck and can carry a container with six rockets.

The system can launch a medium-range rocket, which is the current plan, but is also capable of firing a longer-range missile, the Army Tactical Missile System, which has a range of about 300 kilometers and is not part of the plan.

Since the war began in February, the US and its allies have tried to walk a narrow line: send Ukraine weapons needed to fight off Russia, but stop short of providing aid that will inflame Russian President Vladimir Putin and trigger a broader conflict that could spill over into other parts of Europe.

Over time, however, the US and allies have amped up the weaponry going into Ukraine, as the fight has shifted from Russia’s broader campaign to take the capital, Kyiv, and other areas, to more close-contact skirmishes for small pieces of land in the east and south.

To that end, Ukrainian President Volodymyr Zelenskyy has been pleading with the West to send multiple launch rocket systems to Ukraine as soon as possible to help stop Russia’s destruction of towns in the Donbas.

The rockets have a longer range than the howitzer artillery systems that the US has provided Ukraine. They would allow Ukrainian forces to strike Russian troops from a distance outside the range of Russia’s artillery systems.

We are fighting for Ukraine to be provided with all the weapons needed to change the nature of the fighting and start moving faster and more confidently toward the expulsion of the occupiers, Zelenskyy said in a recent address.

These are very important capabilities that we have not gotten them yet. And they not only need them, but they have been very vociferous in explaining they want them, said Breedlove.

We need to get serious about supplying this army so that it can do what the world is asking it to do: fight a world superpower alone on the battlefield. 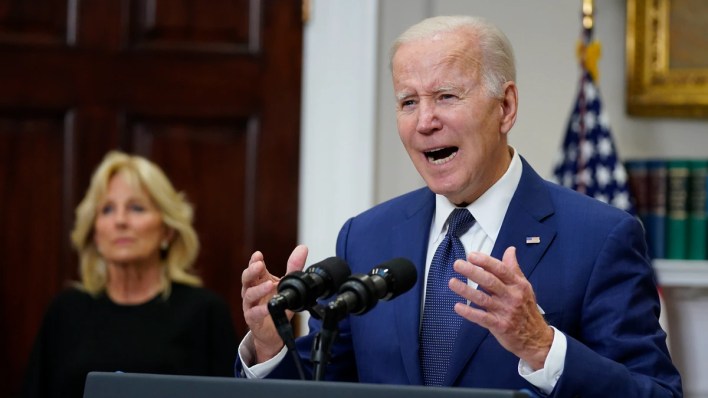 US and White House officials had no public comment on the specifics of the aid package.

We continue to consider a range of systems that have the potential to be effective on the battlefield for our Ukrainian partners. But the point the president made is that we won’t be sending long-range rockets for use beyond the battlefield in Ukraine, State Department Ned Price said on Tuesday.

As the battle has shifted its dynamics, we have also shifted the type of security assistance that we are providing to them, in large part because they have asked us for the various systems that are going to be more effective in places like the Donbas.

Russia has been making incremental progress in the Donbas, as it tries to take the remaining sections of the region not already controlled by Russian-backed separatists. 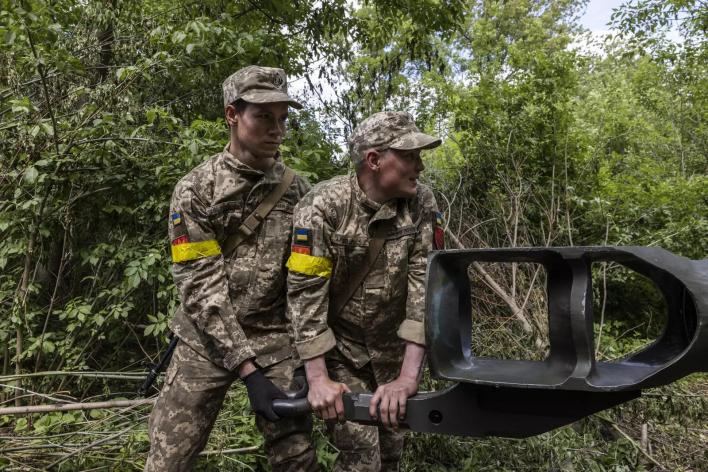 Putin has repeatedly warned the West against sending greater firepower to Ukraine. The Kremlin said Putin held an 80-minute telephone call Saturday with the leaders of France and Germany in which he warned against the continued transfers of Western weapons.

Shanghai starts coming back to life as COVID lockdown eases