All Mahagathbandhan (grand alliance) parties have announced their support for a Bihar Bandh’ on January 28, called by a clutch of student organisations against alleged “irregularities” in the Railway Recruitment Board’s examination process.

Several students’ organisations, including the All India Students Association (AISA), called for the state-wide bandh on Friday to protest against the alleged irregularities in the Railway Recruitment Board’s Non-Technical Popular Categories (RRB-NTPC) exam 2021.

The protests started in the state after several students claimed that there were discrepancies in the RRB recruitment process. The government’s decision to conduct two computer-based tests (CBT) for the RRB Non-Technical Popular Categories (NTPC) had irked thousands of students across the state who wanted a single test.

The results for CBT-I for Group-D jobs was released on January 14, shortlisting candidates for CBT-II. The protesters had claimed that this criterion for recruitment was clarified in the initial RRB notice inviting applicants.

They said notice had spoken of only one exam.

In a joint statement issued here on Thursday, the RJD, Congress, CPI and CPI(M) said, Bihar has the most number of young people in the country and has the highest unemployment rate. Students are being cheated by the Central as well as Bihar governments.

” It keeps promising jobs for them but when they come out on the streets demanding jobs, the Nitish Kumar government rains baton on them.”

All parties which form the grand alliance have decided to support the Bihar bandh call given by students union on January 28. They also demand that “all FIRs registered against students or coaching institutes by the state police must be withdrawn immediately .

See also  The Muse, a popular recruitment site for millennials, has made its second acquisition

Echoing similar view, AISA General Secretary and MLA Sandeep Saurav said that the committee formed by the railway ministry to look into the irregularities in the RRB-NTPC exam, is a conspiracy to postpone the matter till elections are over in UP. 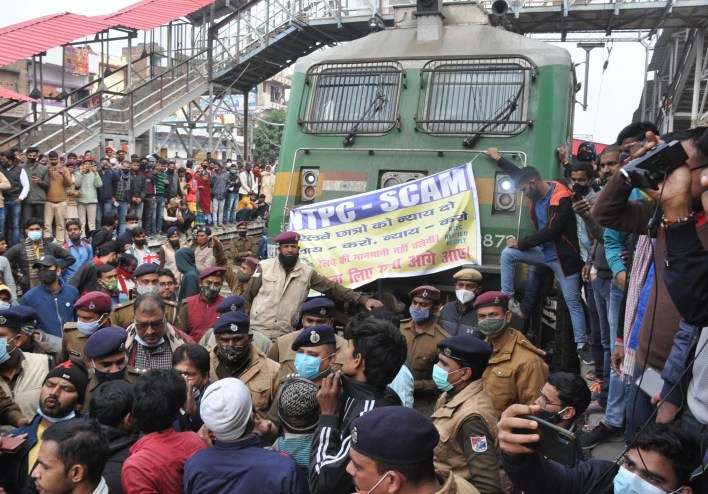 In the wake of FIRs lodged against several teachers of coaching institutes in Patna, Manjhi on Thursday said that such a step can only help intensify the students’ agitation.

FIRs against teachers like Khan Sir could further provoke students for undeclared agitations in Bihar. The time has come for the governments to talk on unemployment and come-out with a solution , Manjhi said.

Recently, Khan Sir, a prominent teacher of Patna, had alleged that the railway ministry placed an additional exam burden on those who have already cleared their first examination. Following his statement, he along with 15 other teachers of prominent coaching institutes in Patna, were booked for provoking students.

Aspirants who indulged in violence and damaged railway property in several parts of the state on Monday and Tuesday had reportedly claimed that they were encouraged after a video of Khan Sir wherein he was seen instigating them to intensify their protest to cancel the RRB-NTPC exams started doing rounds on social media. 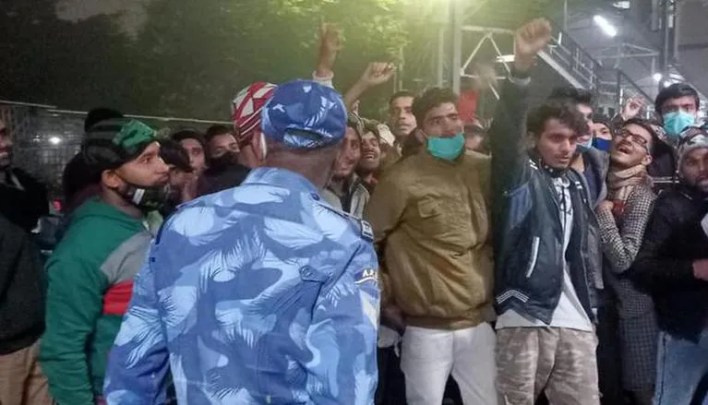 Similarly, senior BJP leader and former Bihar Deputy Chief Minister, Sushil Modi, on Thursday said the state government should not to take any coercive action against the protesting students. I personally met the Union Railway minister Ashwini Vaishnaw in connection with the ongoing students’ protests against the RRB-NTPC exam. The Railway minister has assured me that the ministry will not conduct two computer-based tests for the RRB-NTPC exam .

See also  GST at 5: A structural, economic, and policy analysis, as well as prescriptions

Protesters allegedly torched four empty coaches of a stationary train in Gaya and blocked rail traffic between Gaya and Jehanabad on Wednesday. 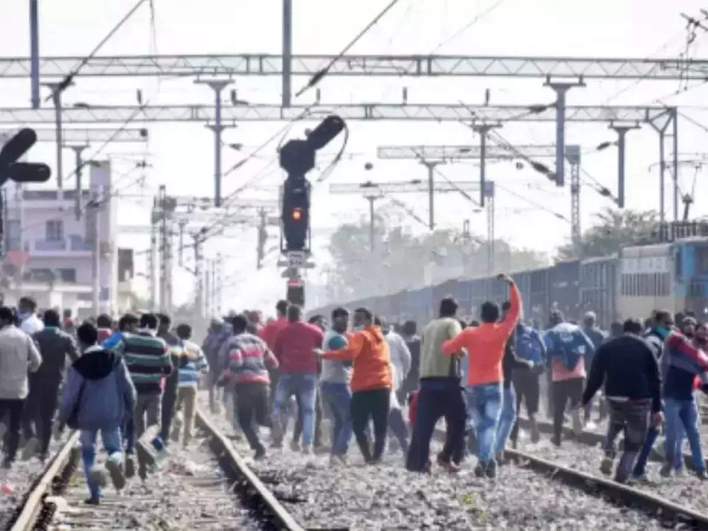 The union Railway ministry has formed a committee which will examine grievances of protesting aspirants. This came a day after Railway issued a public notice on January 25, 2022 stating that Railway job aspirants who have indulged in vandalism/unlawful activities may face lifetime debarment’ from government jobs.