The long history of eCommerce companies in India includes both successful and promising ones as well as some well-known failures.

An excellent illustration of this is ShopClues, an online marketplace that saw immense success before suffering a severe setback. The firm saw the such great success that in 2016 it even became India’s fourth unicorn. However, it was unable to keep its position for very long as several things led to its demise. We shall examine the causes of ShopClues’ downfall in this essay.

India’s Growing Use of E-commerce Platforms

At least one aspect—the capability to build branching platforms—has been made possible by the development and widespread usage of the internet. Most parts of the pre-internet age have changed in this way to become more approachable and achievable. The market is one such aspect.

An online marketplace for selling and purchasing has almost entirely supplanted the conventional physical market. eCommerce spaces, in contrast to the perception from over 30 years ago, are here to stay and to prosper. The global growth of the eCommerce industry may be attributed to several factors. These consist of:

These are just a few of the numerous factors that have allowed eCommerce to thrive throughout the world thanks to companies like Amazon, eBay, Joi, Nykaa, and others.

The Indian market has recently made a variety of opportunities available to small firms aiming to grow into enduring eCommerce businesses. Additionally, the nation supports well-known commercial web platforms. The Indian subcontinent has therefore seen considerable success with eCommerce sites like Amazon India, Snapdeal, Flipkart, Nykaa, Myntra, and others.

These accomplishments are offset, though, by significant companies that have been unable to survive and plan for the future. ShopClues is one of those businesses. Its growth and fall have been among the eCommerce industry’s well-known examples. 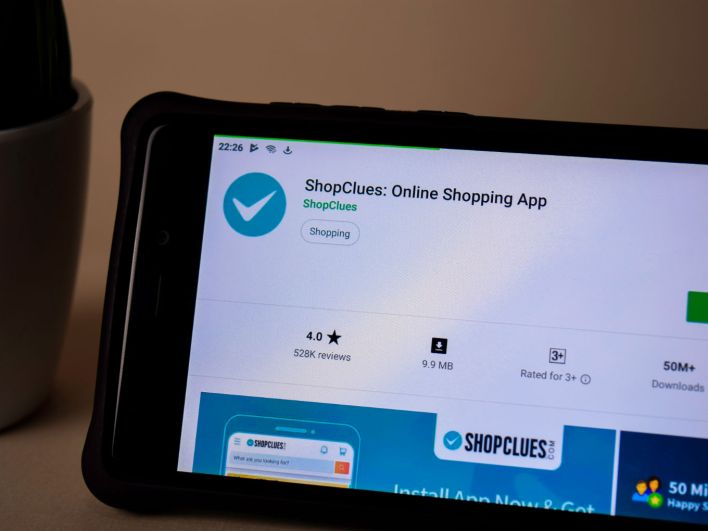 An online marketplace like Snapdeal and Amazon India is called ShopClues. In July 2011, Sanjay Sethi, Sandeep Aggarwal, and Radhika Aggarwal launched the eCommerce platform. The corporate headquarters are located in Gurugram, Haryana, India, and are owned by Clues Network Pvt. Ltd. As an internet shopping platform, the brand benefited its Indian consumerist clientele.

Under the slogan “Made in India,” the company does business. Platforms like ShopClues emerged as Indians started to explore methods to lessen their reliance on China for goods and commodities. These internet businesses were viewed as the ideal way to give India a more united and patriotic image. ShopClues undoubtedly benefited from this value by providing products produced in India and elsewhere at significant discounts. Additionally, the business specialized in providing fundamental and useful things connected to cleaning, cooking, clothes, electronics, and other commodities to Tier II and Tier III cities rather than huge metropolitan metro areas. The first two years of ShopClues’ existence had one million daily users.

Major investors including Tiger Global, Helion Ventures, and Nexus Venture Partners made investments in ShopClues as a consequence. In 2016, the brand had a worth of $1.1 billion, according to Forbes India, earning it the title of unicorn startup in India.

What went wrong with the brand given its success? How did ShopClues lose such a significant portion of its earnings over time? Let’s continue to seek solutions.

An eCommerce business must succeed in more ways than just selling its goods. Several factors influence a brand’s capacity to do business efficiently, including internal issues and competing businesses. It’s harder than it seems to maintain a project while still guaranteeing a steady stream of earnings after every fiscal year. The difficulties ShopClues encountered also contributed to its demise. Here are a few of the most significant problems ShopClues encountered and ultimately utterly failed to resolve:

When ShopClues was created and started to take off in the Indian consumer market, eCommerce companies were extremely uncommon. In 2011, its creators seized this opportunity and started marketing their items accordingly. But by 2014, Amazon and Walmart-owned Flipkart started concentrating on building out online marketplaces in India.

While Amazon was perceived as a western company and Flipkart as just an online book retailer. Both started aggressively marketing their products to drive out competitors. As a result, ShopClues had slow development and consolidation and turned into a little fish surrounded by sharks. Any model ShopClues could develop was surpassed by new competitors with superior and more honed marketing abilities. This was a contributing factor in ShopClues’ demise.

In terms of its offerings, the corporation also experienced losses. In 2011, the goal was to provide access to metropolitan commodities in rural and sub-urban areas that lacked them. However, consumer complaints about the fraudulent nature of the items started to pour in. The Luxottica Group, the company that owns Ray-Ban, claimed that ShopClues had been peddling bogus Ray-Ban merchandise. After receiving the complaint, the Delhi High Court ordered the Indian company to stop distributing the items despite prior advisories. The public’s perception of ShopClues suffered as a result.

Reports of the brand selling individuals low-quality goods in addition to phoney goods have surfaced. The items were subpar despite the affordable prices and tempting offers. Many customers complained about the company’s deception and fraud. People didn’t get their products or reimbursements promptly. Most requests for assistance were met with a lack of customer service options. Users developed ill will against the company as a result, which hurt ShopClue’s reputation.

The corporation had several controversies. Sandeep Agarwal, the chairman and chief executive officer of ShopClues, was accused of insider trading in 2013. As a result, Aggarwal was detained in the US, where he eventually pled guilty after accepting a plea deal. The same year, he submitted his resignation as ShopClues’ CEO.

The year 2017 was turbulent for the brand internally. Sandeep Aggarwal accused his estranged wife Radhika of driving him out of business. After their separation, the couple continued to argue in public about voting rights and accusations of fraud. Aggarwal thereafter published an embarrassing Facebook post about his wife and accused Sethi and Radhika of criminal defamation. He claimed that they minimized his role in creating and founding ShopClues. The public’s perception of the platform was distorted by all of these founder controversies.

ShopClues was doomed to fail when the major brands entered the fray due to a glaring lack of energizing and inventive business foundations and flexibility. ShopClues had a sufficient plan to maintain its customer base, which caused a mass exodus of customers to rival platforms as platforms like Amazon and Flipkart began gaining popularity and confidence among consumers.

In 2018, ShopClues reduced its advertising and promotion spending by 80%. Costs were further reduced in 2019 by 60%. The cost of shipping decreased by 100% in total. In the fiscal year 2020, there were no reports of transportation fees or recruiting costs, hence it is assumed that costs were slashed. 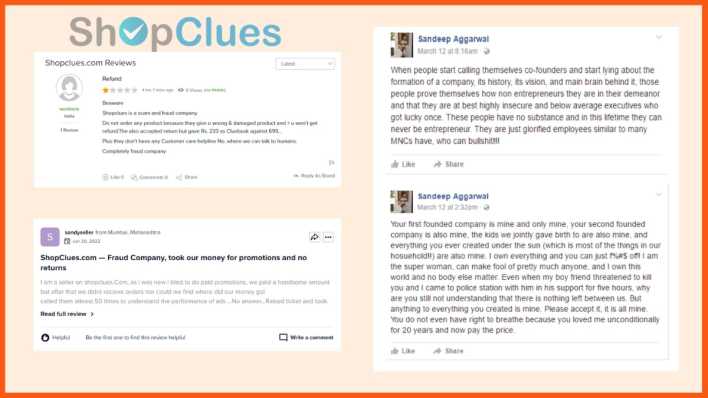 ShopClues has all the necessary components to develop into a viable and profitable eCommerce platform. However, several problems, including rivalry, a dearth of commercial ideas, and ambiguous operational modules, left the organization in the dust. ShopClues, which was previously a thriving enterprise, became obsolete due to its internal issues and condition of handling method.

Is ShopClues a corporation based in India?

Yes, Sandeep Aggarwal, Radhika Aggarwal, and Sanjay Sethi launched the Indian business ShopClues in 2011. The corporate headquarters of the firm are in Gurugram, Haryana, India.

In 2019, Singapore-based Qoo10 purchased ShopClues in a stock transaction for a price ranging from 70 to 100 million USD.

ShopClues: Was it a failure?

Several factors contributed to ShopClues’ demise as a startup. These include deceptive branding, competitive strategies, internal scandals, and a lack of customer trust.

With an estimated $1.1 billion in valuation, ShopClues became the fourth unicorn startup in India in 2016 and attained unicorn status. The firm was eventually acquired by Qoo10 at a valuation of between $70 and $100 million, however, it was unable to maintain this value for very long.