What Is ONDC? How Will ONDC Impact the Indian Ecommerce Industry?

Open Network for Digital Commerce (ONDC) was formed on December 31, 2021. However, this program’s initial pilot phase began on April 29, 2022. Introducing this platform in India aims to expand accessibility and scalability in the e-commerce industry. Under Piyush Goyal’s leadership, the Department for Promotion of Industry and Internal Trade (DPIIT) was the source of the original ONDC concept.

The project is being led by T Koshy, a former partner at the consulting firm EY, and a nine-member advisory board that includes figures like Nandan Nilekani, the co-founder of software behemoth Infosys Ltd., RS Sharma from the National Health Authority, and others.

It aims to give small shops and merchants in the e-commerce business an equal chance to compete with established giants like Amazon and Flipkart.

Earlier, Nilekani assisted the Indian government in creating the Aadhar biometric ID system. He claims that the ONDC will democratise digital trade in India.

Few large corporations currently control the majority of India’s e-commerce. But as consumers increase, it becomes necessary to include small sellers from far-off locations for them to participate in this enormous market.

The government proposed the idea of the Open Network for Digital Commerce to resolve this problem and encourage more shops and sellers to offer their goods online. 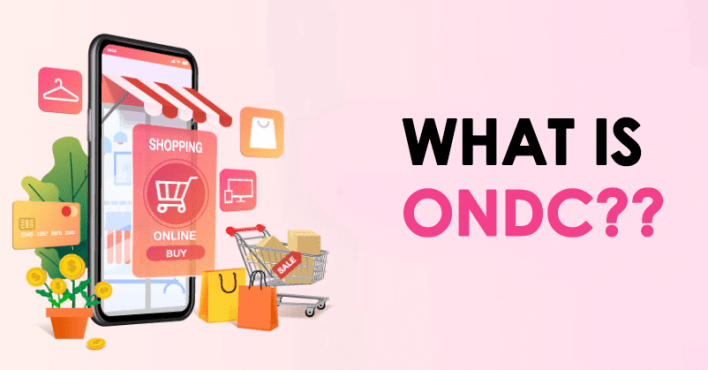 Up until now, the platform-centric paradigm has been followed in all of India’s digital commerce. This indicates that a supplier can offer goods through many online platforms, and a consumer can buy them by enrolling on the same platform.

This implies that for an online transaction to take place, both the buyer and the seller must use the same platform.

The goal of ONDC is to replace the platform-centric model of e-commerce with an open network approach. As a result, e-commerce will be more accessible to all kinds of shoppers and vendors.

The goal is to connect buyers and merchants from various platforms without requiring them to register on the platform where the other is present.

If both platforms are connected to ONDC, it will allow buyers and sellers from various platforms to connect with one another. This is comparable to the transactional role that UPI fills. A good illustration of the idea that ONDC is developing is UPI. This is due to the fact that ONDC is focusing on a concept similar to UPI that will bring together buyers, sellers, logistics providers, aggregators, payment gateways, and more on a single platform, making it simpler for everyone in the ecosystem to buy and sell. UPI united the banking partners and the merchants/users via a single unified platform connected through a mobile number.

Therefore, regardless of the applications that are being used for buying or selling the products, the ONDC network enables the buyer and seller to connect and complete transactions to close the sale. 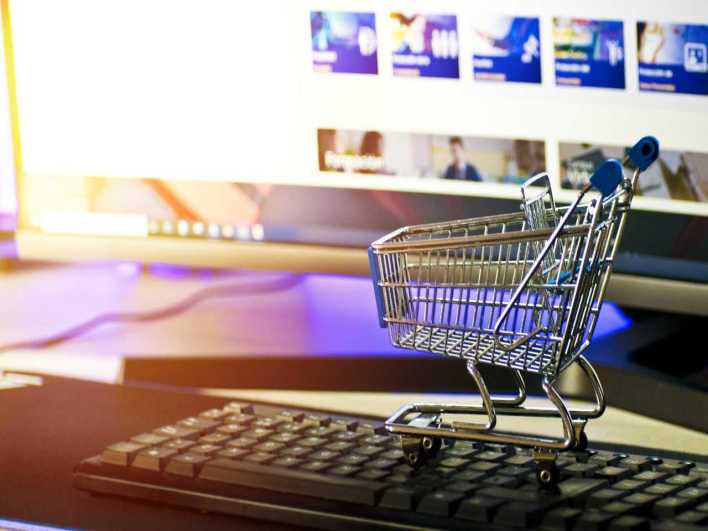 UPI and ONDC: What’s the Difference?

On numerous occasions when the ONDC product was being conceptualised and developed, ONDC and UPI systems were compared by individuals, organisations, and the media. While both systems are built on the same concept—to connect people and simplify processes in the Indian market—they are actually poles distinct in terms of functionality, complexity, scale, people, segments, and markets involved, among other factors.

For instance, the UPI system was involved in the safe movement of money, with the primary goals of facilitating the transfer of funds and maintaining its security between banks, businesses, and consumers. But when it comes to ONDC, the idea of it is related to the same but does not include a direct movement of products and services.

Furthermore, the UPI lacks a list of subjective variables, whereas the ONDC does. For instance, ONDC is responsible for maintaining the calibre of the goods being sold, ensuring that shops and sellers can communicate with one another, overlooking the dependability of both customers and sellers, and more.

Another difference between the UPI and ONDC systems is that nothing in the former was based on physical contact. In contrast, the latter heavily relied on the offline actions that came after online matchmaking. 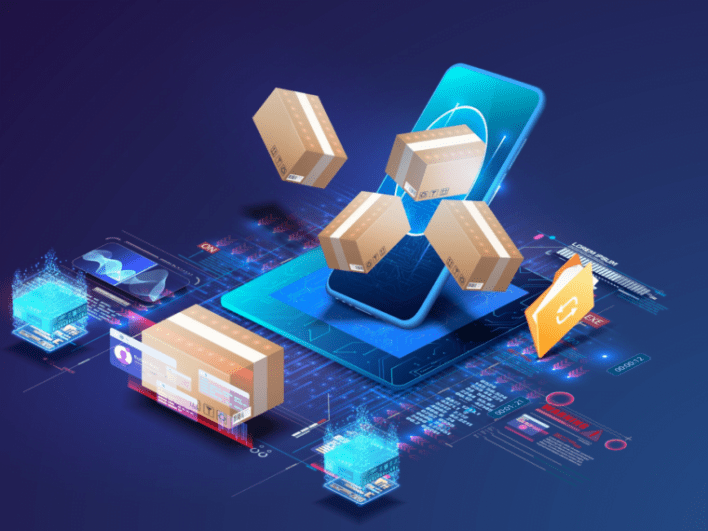 Why is ONDC needed?

There are currently just two choices open to a retailer or merchant who wants to move his business online.

The first choice is to build a website from scratch. There might be technical support needed for this. Additionally, this is a pricey process because it requires numerous other fees, such as those for website construction and management, logistics, etc.

The merchant will also need to spend a lot of money on advertising his website even after it has been developed and is operational to get customers.

The second choice is to market the goods on so-called online marketplaces or aggregator platforms. Even though this system seems far more convenient than creating a website, it still has drawbacks.

Amazon and Flipkart are both based in the US, leading companies in this market. They display and sell your products on their platform in exchange for a sizeable cut of the profits. Additionally, allegations of brand preferences have also been made, alleging partiality on the part of these platforms for a select few brands.

Additionally, to stay ahead of the curve, these marketplaces occasionally gather information from the vendors and introduce their own products based on market preference.

The lack of progress made by MSMEs, small businesses, and smaller retailers is another major issue with e-commerce. These small business owners are denied the advantages of e-commerce because it isn’t as prevalent in rural towns and villages.

Due to their lack of technological expertise and the limited number of possibilities, most of them have been unable to start their online careers on these digital selling platforms.

The ONDC was established to address these issues and advance digital trade. Making e-commerce accessible to small retailers and merchants is the goal.

The ONDC platform is a concept that aims to improve three key aspects that the majority of customers and merchants desire: 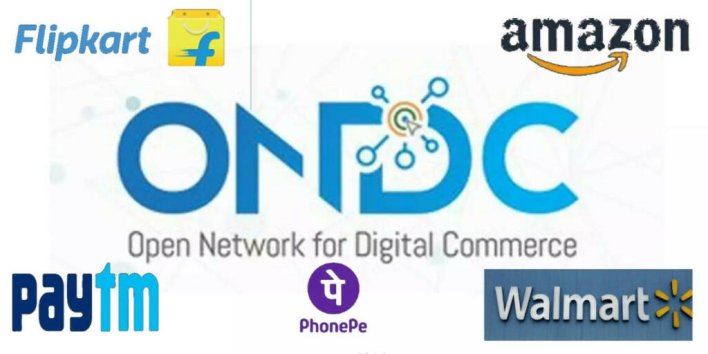 How will ONDC impact the e-commerce industry in India?

The launch of ONDC will motivate small shops to enter the world of e-commerce. Separate buyer-centric and seller-centric apps will be introduced as a result of Open Network for Digital Commerce, which will be advantageous for anybody involved in e-commerce.

See also  Starting A New Business: Support And Guidance For Being An Excellent Entrepreneur

The new apps that might enter the market can assist in resolving additional concerns for both buyers and sellers. The buyers may benefit by purchasing at the closest or least expensive store in town, while the sellers may benefit from logistics solutions.

The major benefits expected out of ONDC are as follows:

Some of the areas and industries that ONDC is expected to disrupt are:

According to T Koshy, in a report dated July 2, 2022, ONDC has allocated a budget of Rs 150–200 crore for the first few years. According to CEO Koshy, 85 per cent of the money needed to start the operation has already been raised. The platform had already selected 20 institutions and requested that they contribute each Rs 10 crore of their cash.

The top Indian banks, including SBI, Axis, PNB, HDFC, Bank of Baroda, and Kotak Mahindra Bank, and financial organisations like the NSE, NPCI, NABARD, and SIDBI, have reportedly helped the ONDC platform generate over Rs 155 crore. T Koshy has further stated that the remaining organisations will extend their funds to ONDC by August 2022, while the 17 such investors have committed to funding them with Rs 10 crore each by March 31, 2022.

T Koshy indicated that no investor would be permitted to possess more than 50% of the ONDC interests while discussing ONDC ownership. 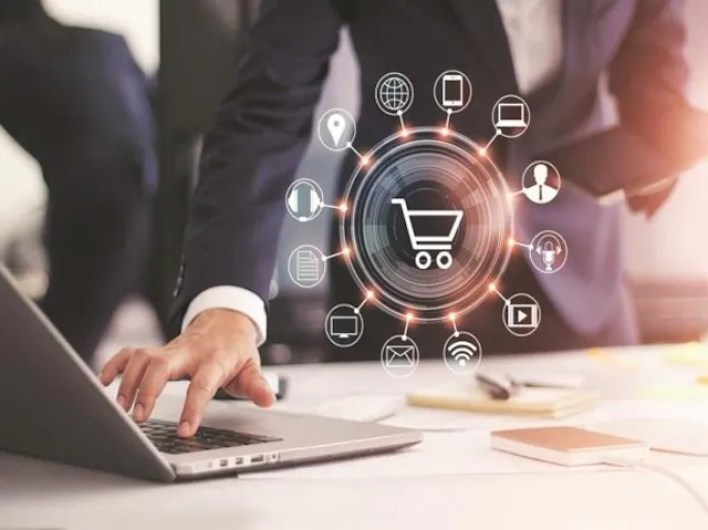 Tracing the Growth of ONDC

The ONDC platform is almost finished, and trial programmes have already begun in a few Indian towns. Six Indian cities, including Bengaluru, Shillong, Lucknow, and Coimbatore, have tested the ONDC system.

With companies like Amazon willing to join it first and businesses like the Walmart-owned Flipkart, Reliance Retail-backed Dunzo, Alibaba-backed Paytm, and more already joining the ground-breaking platform, Open Network for Digital Commerce is already making ripples. The ONDC model attracts many additional seller platforms, buyer platforms, logistics service providers, and payment gateways. According to the most recent information, over 24 companies, including Meesho and numerous other Flipkart subsidiaries, have joined ONDC.

According to reports dated July 19, 2022, the ONDC platform seeks to onboard over 200 enterprises in the near future. Snapdeal already entered into an agreement with ONDC in July 2022, and by the end of August 2022, the company is most likely to have integrated with the platform.

The ONDC platform is not intended to compete with established market leaders like Amazon and Flipkart. The platform would continue to serve primarily as “eCommerce enablers assisting the small retailers in utilising the digitisation of commerce through our network,” according to ONDC CBO Shireesh Joshi.

According to data from July 2022, the eCommerce sector has only reached a penetration of 4-5 per cent so far. One of the primary goals of the ONDC network is to strengthen the same by expanding the number of stores. Joshi added that larger businesses like Flipkart and Amazon would profit greatly if this goal is accomplished.

According to sources from July 2, 2022, T Koshy, the CEO of ONDC, stated that the ONDC platform would be deployed in 75-100 additional cities in India by August or September and would be accessible to the general public at that time in 2022. According to Koshy, the ONDC will become publicly accessible after determining enough merchants in a certain pin code area. By launching the service in certain cities in advance, the project will be able to build the groundwork for future organic network growth. OnDC is predicted to experience “hockey stick-like growth.”

The platform’s CEO also noted that if the CSC SPVs (common service centres – special purpose vehicles), which are intended to extend the government’s e-services to rural areas and isolated locations, embrace the initiative, ONDC will be able to cover at least half of the country’s villages.

At this point, the e-commerce platforms, which are completely controlled by a small number of huge firms, can undoubtedly affect small company owners from rural areas of the country who can still not use this fantastic platform.

The economy will undoubtedly suffer due to many small merchants losing customers to a few large businesses.

At this juncture, the government’s creation of the Open Network for Digital Commerce (ONDC) is unquestionably a terrific step to aid these small businessmen in maintaining their position in the race.

Additionally, by expanding the reach of their products, they will have the chance to grow their company to a higher level.

Unicorn on a bike: How Rapido fought Ola and Uber to win big in small rides 2022