The relationship between India and China is at a crossroads and its direction depends on whether the neighbouring country adheres to various agreements on maintaining peace and tranquillity along the border, External Affairs Minister S Jaishankar said on Thursday referring to the eastern Ladakh standoff.

Jaishankar said the then Prime Minister Rajiv Gandhi‘s visit in 1988 to China 26 years after the 1962 conflict led to a consensus on having stability along the frontier which was followed by the signing of two important agreements in 1993 and 1996 on maintaining peace and tranquillity at the border.

The stability at the border led to the expansion of relations in several sectors, but it was adversely impacted following what happened in eastern Ladakh, he said at a webinar organised jointly organised by the Financial Times and the Indian Express.

At a media briefing, Spokesperson in the Ministry of External Affairs Arindam Bagchi said full restoration of peace and tranquillity in the border areas would enable progress in the bilateral relationship and that the disengagement of troops at friction points in eastern Ladakh remained “unfinished”.

The ties between the two countries came under severe strain following a deadly clash in the Galwan valley in eastern Ladakh in June last, over a month after the border standoff began between the Indian and Chinese militaries in multiple friction points in the region. 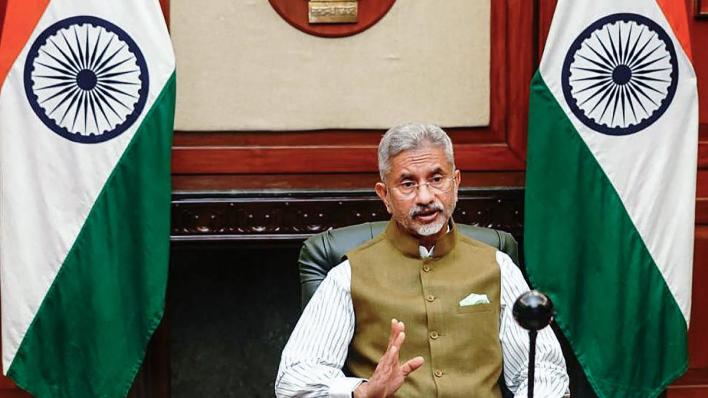 “I think the relationship is at a crossroads and which direction we go depends on whether the Chinese side would adhere to the consensus; whether it would follow through on the agreements which we both have done… What is very clear in the last year is that border tensions cannot continue with cooperation in other areas,” he said.

Asked about China’s attempts to expand influence in the region and competition between the two countries, Jaishankar said India is ready to compete and it has its inherent strength as well as the influence that goes deep into the Indo-Pacific on the one side and Africa and Europe on the other.

“It is one thing to compete, it is another thing to have violence on the border,” he said.

The external affairs minister said the economic relationship and ties in other sectors between the two countries were driven by the stabilisation of the border through the 1980s and 1990s. 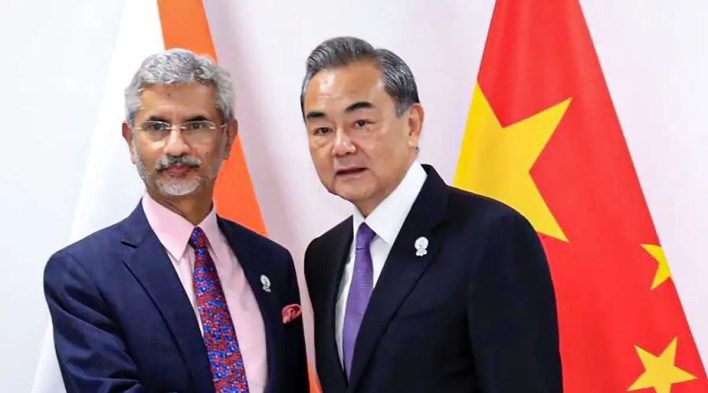 “I do not have a clear cut answer at this point of time. We had the border conflict of 1962 and it took us really 26 years to have the first prime minister’s visit in 1988 when Rajiv Gandhi went to China. There was a 1988 sort of consensus which stabilised the border,” he said.

He was asked about where things stand now in ties between the two nations.

Jaishankar said the agreements in 1993 and 1996 on border management paved the way for the expansion of overall ties.

“Those agreements essentially stipulated that you will not bring large armed forces to the border and the Line of Actual Control would be observed, respected and there would be no attempt to change the status quo unilaterally. Now what we saw last year was actually China departing from the 1988 consensus,” he said.

To a question on further disengagement in eastern Ladakh, Bagchi said that full restoration of peace and tranquillity in the border areas would enable progress in the bilateral ties.

Bagchi said Jaishankar conveyed to his Chinese counterpart that while the process of disengagement had commenced earlier this year it remained “unfinished” and emphasised on early completion of the process. “In this context, the two sides have agreed in the interim that they would maintain stability on the ground and avoid any new incidents,” he said.

“It is our expectation therefore that neither side should take any action that is not keeping with these understandings. Full restoration of peace and tranquillity in the border areas would enable progress in the bilateral relationship,” Bagchi added.

India and China completed the withdrawal of troops and weapons from the North and South banks of Pangong lake in February following a series of military and diplomatic talks.

The two sides are now engaged in talks to extend the disengagement process to the remaining friction points.

There was no visible forward movement in disengagement of troops in the remaining friction points as the Chinese side did not show flexibility in their approach on it at the 11th round of military talks with the Indian Army on April 9.

The Chinese military is currently conducting a drill in its training areas near the Ladakh region.

Chief of Army Staff Gen M M Naravane said on Wednesday said India is keeping a constant eye on activities by the Chinese military. He also hoped that both sides will be able to make forward movement in resolving issues in other areas.

See also  Testing Times for the Indian Government! Will PM Modi Outshine as A Team Leader Following the Overhaul of the Covid-19 Pandemic?

In the interactive session, Jaishankar said the Quad or Quadrilateral dialogue has brought together countries with a growing degree of comfort with each other, shared interest in key global and regional challenges like connectivity maritime security, technology, vaccines, resilient supply chains and climate change.

“Today, Quad fills a gap which cannot be addressed simply by four bilat relationships, aggregated, and a multilateral or regional structure which isn’t there, something has to fill that space Quad helps to fill the gap,” he said.

Jaishankar also said that arguments of the Cold war cannot be used to deny other countries their right to maximise their options.

Eight die of black fungus in Haryana; 316 cases in state.