The COVID-19 pandemic has deteriorated several states of India to a great extent. Delhi, Haryana, Bihar, Maharashtra, Gujrat, Rajasthan are some of the states whose medical health infrastructure is exhausted while treating the massive caseloads. These states were brimming with COVID-19 cases, which exterminated thousands of people every day, and left no space in crematoriums and graveyards for them.

Many families lost their loved ones to the pernicious virus. The mismanagement of states and irresponsible behavior of the ministers led to so many deaths, but nobody is ready to take the responsibility for their actions. The political scenario in India has become filthy, and the government is busy playing the blame game instead of assisting its citizens.

Several states have been accused of underreporting the COVID-19 cases and deaths. Even though the number of caseloads during the second wave of COVID increased the 4 lakh mark, the death number was below 10,000. But daily, the crematoriums and cemeteries were overflowing with dead bodies. This incident has raised the eyebrows of many people, as false data is been circulated in the news.

The crematoriums and municipal corporation of Bihar have revealed that the state government is underreporting the COVID-19 cases and deaths. The state is not performing enough tests so many positive patients are capable of spreading the virus that caused many people in several villages to be COVID positive.

The death numbers were collected from Muzzafarpur, Patna, and Bhagalpur between April 1- April 20, when there were an extravagant number of COVID-19 cases in India and the second wave was at its peak. The cremation grounds and municipal corporations of these cities have revealed the real data vs. the false data uploaded by the government and found a tremendous difference in the number of cases. According to data released by the Bihar health department, from April 1 to May 20, 2 663 people died as a result of COVID-19 in the province.

At the same time, however, five crematoriums in Patna and one in Bhagalpur and Muzaffarpur recorded 3,940 deaths due to the deaths of COVID-19 – 1,277 more than the official figure. These figures do not include the mass deaths in the valleys, as relatives burned the corpses in the valleys themselves. Since the government has taken responsibility for cremation since April, crematoriums and municipal companies have begun recording the data. The corpses keep a register in which employees record the name of the deceased, address, cause of death, and other details, and send it to the local municipal organization’s office. 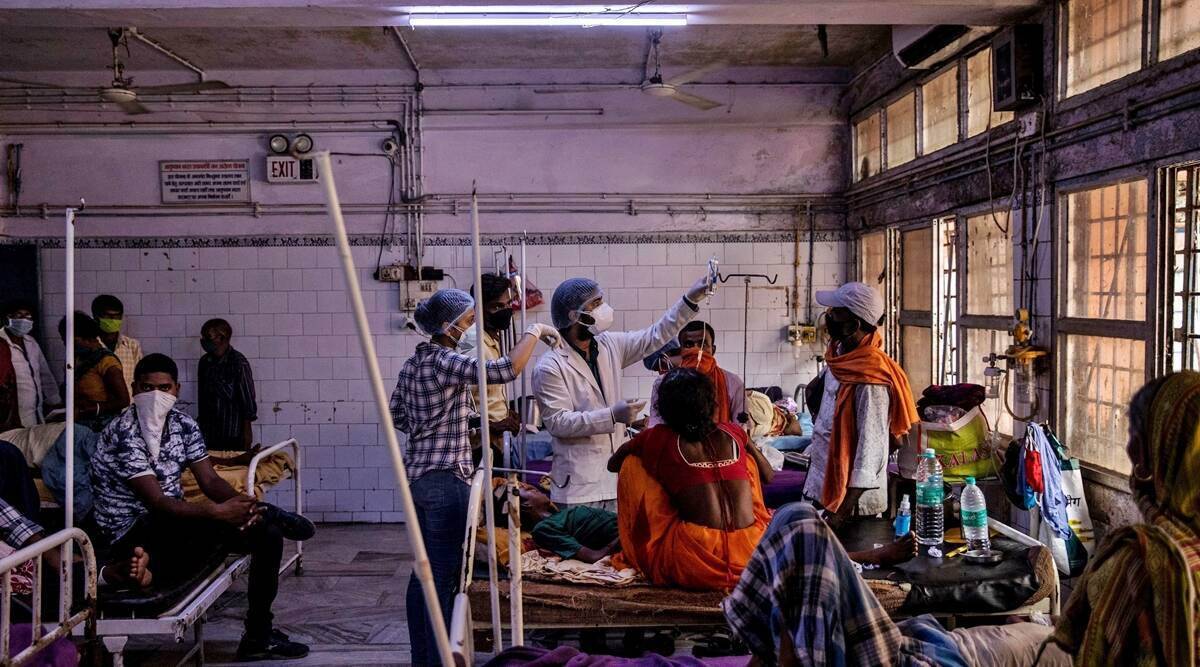 “These death figures are used for issuing the death certificates and the amount of wood to be given,” said a Patna’s Municipal Corporation Officer. Under Patna’s municipal corporation area, there are 3 ghats- Bhansghat, Khajekala, and Gulbi ghat. When the second wave of COVID-19 caused massive numbers in the cases, then we had to make arrangements for the other ghats as well.

Look at this huge difference in the number of cases! Figures from the Muktidham crematorium, in Sikandarpur, Muzaffarpur district, about 90 kilometers from Patna city, also show lower reporting. According to government data, 208 people were killed by COVID-19 in the Muzaffarpur region between April 1 and May 20, but an employee who was sent to a crematorium in Muktidham said, “In this crematorium, 315 people were killed by COVID-19. time.”

The officials have also mentioned that in April there was a huge shortage of wood as the brimming bodies kept flowing in the crematoriums. The government did not care to make proper arrangements for the second wave, hence many people were forced to dump the bodies into the river.

Patna, the capital of Bihar, has the largest number of government hospitals in the state. Many patients from the surrounding districts came to the state capital for their treatment since there is an imbalance in the distribution of hospitals in the state. The infections and death rates both were extremely high in the districts, but the government concealed the figures. As per the health department officials, 650 deaths were reported in Patna between May 1 to May 20. But in reality, more than 3000 bodies were cremated in the crematoriums of Patna municipal corporation.

This is 452.4% more deaths than the government reported. From April 1 to May 20, 1,643 dead bodies were cremated in the Bansghat, while 967 bodies were cremated in Gulbi ghat. “More than 200 bodies used to come for cremation every day, the situation was horrendous during the second wave,” said an employee who performs the last rites.

As there was an increase in the number of bodies in the Bansghat crematorium, the electric pyre numbers were increased. Usually, two electric pyres were used, but as the bodies started to increase, nearby pyres were also used. “Since two pyres had a capacity of cremating only 50 bodies in 24 hours, we had to use the open areas for cremation as we used to receive more than 100 bodies each day,” a Bansghat employee said.

When the High Court called the Bihar government for a hearing of its COVID-19 management in the state on May 17th, the death numbers in Buxar submitted by the officials did not match. Buxar was in the headlines last month as many bodies were found floating in the river. According to an affidavit submitted by the chief secretary, only 6 deaths occurred between March 1 to May 13 in Buxar. But as per the data submitted by the Patna commissioner, 789 bodies were cremated in Buxar’s Muktidham Charitravan between May 4 to 14.

The High Court raised concerns and showed dissatisfaction with the figures and have asked the Bihar government to share the real numbers. The secretary of the Indian medical association, Dr. Sunil Kumar said, “Since the government has to pay Rs. 4 lakh compensation to families who lost their loved ones due to COVID, the government is trying to show small figures, hence escape themselves from paying the compensation.”

By Shrija
Follow Us
Weather
New Delhi, IN
Mist
28 ℃
35º - 28º
83%
1.54 km/h
35℃
Sat
34℃
Sun
33℃
Mon
36℃
Tue
35℃
Wed
Recent Tech News
Facebook Twitter WhatsApp Telegram Viber
Back to top button
Close
Popular Posts
Most Commented
Recent Comments
We use cookies on our website to give you the most relevant experience by remembering your preferences and repeat visits. By clicking “Accept All”, you consent to the use of ALL the cookies. However, you may visit "Cookie Settings" to provide a controlled consent.
Cookie SettingsAccept All
Manage consent