An avid reader of global economic development could easily relate a growth pattern to a number of recognized parameters- life expectancy is one of them. As economies have grown better and healthier, so have their people, with life expectancy being a measure of success for these growth seekers. However, what if we tell you that this parameter of economic growth is now posing a serious integrated global economic question? Well, as shocking as it may sound, it’s true and it’s not far along. Let us analyze step by step to figure it out.

To begin with, let’s talk about the primary purpose of the sections to follow. The concern at hand is the growing proportion of the older population and how it impacts the economic development of the country. The concern roots from the fact that the ratio of working class to retired people, which, five decades ago, was about 6 working age people for one retired person, has now come down to 3 of latter for every one of former.

The likelihood of this number soon taking over the fifty percent position is what worries the economists.

Before we get into the prospects and impact of the proposed position, let’s first talk about why it is a cause of worry. The ratios mentioned above while showing a greater incidence of increasing older population also signals the slower growth rate of the young population. The importance of the younger population lies in the very essence of their nature, for they are touchpoints of innovation, development, and pervasive nature.

The association of the younger population with income creation, tax base increment, and a better quality of life has been a researched and accepted posit. The inclination of these aforementioned factors towards economic growth is what worries the experts- since if the former declines, the latter would follow.

Is it a global thing? Are all countries facing this phenomenon?

Well, the answer to it, surprisingly, is yes. Surprisingly because the world alike is confronting what we call the ripple effects of the ageing population, inclusive of both the developed and developing world, despite the tremendously varying population growth numbers. It is because the concern here is not only the slow growth of the younger population but the rising weight of the older population, resulting in a higher percentage of replacement rate.

The replacement rate is the percentage of an individual’s annual employment income that is replaced by retirement income when they retire. As for the rates that countries are facing today, India and Bangladesh stand at 2.1, followed by Indonesia at 2 and the USA at 1.6. One outlier in this rate chain is China, with a surprising rate of 1.3, which however has led them to uplift their two child policy now.

Implications for the global economy-

Now, when we have to look deeper into this, a realization of a change in the demographics of the labor market is inevitable. After all, the change seems rather likely, right? Consider how work from home became the new normal sooner than we realized, with companies changing their entire work culture with the movement of time. A similar change in the way the corporate world and economies work is what economists predict with the advance of information on ageing population.

To specify, consider how labor redistribution would be a corollary of it. Resultantly, countries with enough resources to accommodate and attract would be more amiable with their immigration policies towards those with children in their families, a signal at the increasing currency of skilled and unskilled labor. This, if considered likely, would have a much larger impact on global integration than what meets the eye. Allow me to trace it for you.

The distinction between the availability of cheaper labor amongst countries and comparative advantage is the primary dividing factor in the prices of industries with high labor requirements. If labor mobility becomes the norm due to more favoritism in policies, the world economy is likely to experience a rather similar pricing scheme in the labor-dependent industries, some of which include agriculture, hospitality, construction et cetera.

However, in case you’re thinking about the increasing role of technology in the provision of labor services, the aforementioned argument is particularly related to labor-intensive industries because some work, no matter how advanced we become, would not be taken over by technology. Case in point- the sectors mentioned above.

There’s a different story for the sectors that can be automated, with the pace expected to get even higher with the shift in population dimensions. New prospects of sectors and opportunities are supposed to get created, with automation advancing in areas never considered before. Economists claim a reduced dispersion of the workforce and more inclusivity of female workers, especially with the movement towards work from home and remote opportunities.

Small and Medium enterprises are said to emerge as the flagbearers of agility and growth, the appearing trend of which is the corroborating factor for it.

The changes in workplace demographics are also what follows us, as per experts, for the widening of the age bracket both in terms of early employment of workforce and later retirement of older population awaits the expected norms. An alteration in the pension plans and retirement benefits is said to be the driving force of the cause of change since significant alteration in what we experience today would only lead to the achievement of desired outcomes. 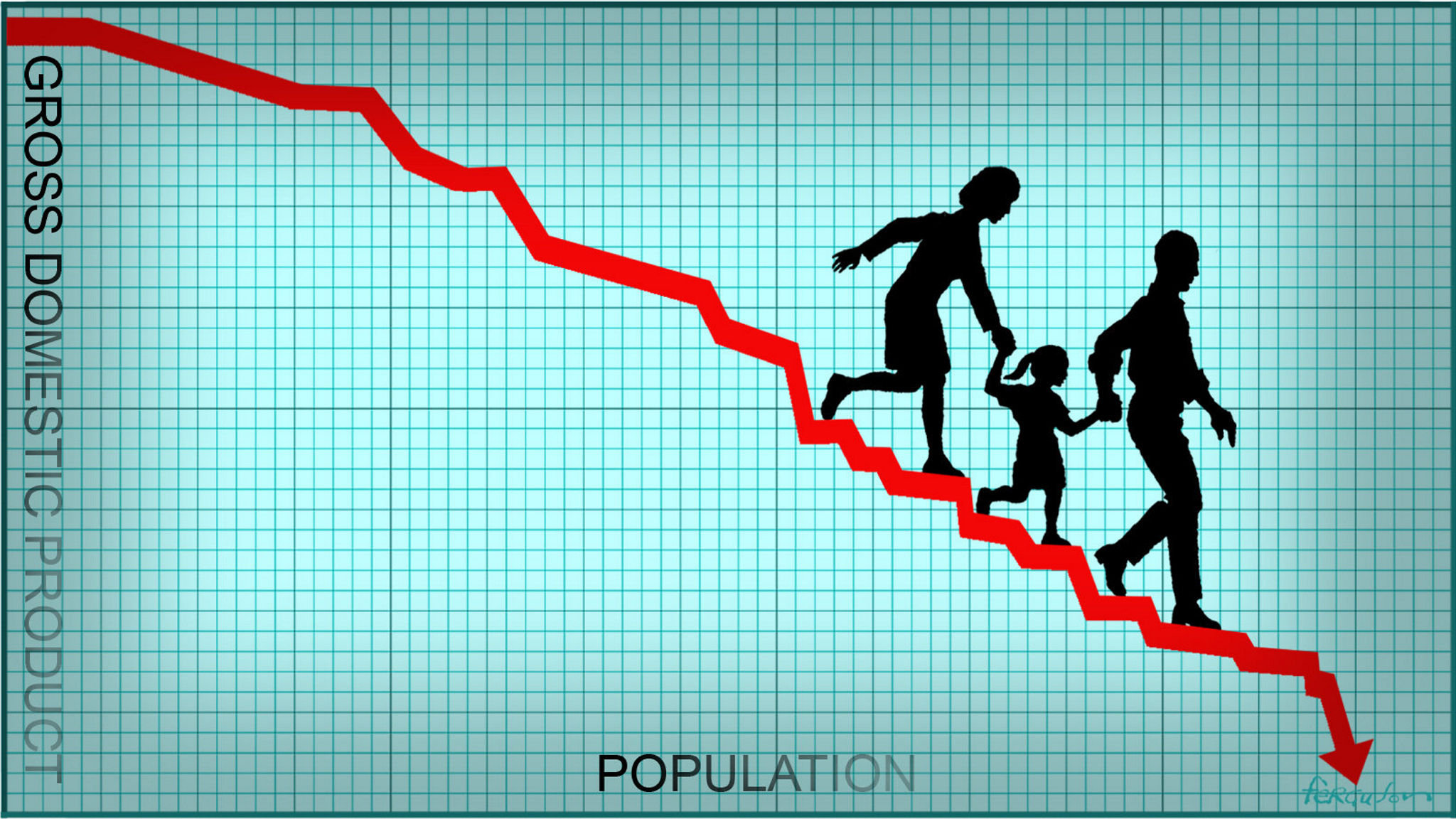 A follow up on the innovation and capitalization agenda is also on the list. If current trends are to be mentioned, land structures in a number of countries are being reconstructed from children’s places to old age homes and senility centers. This transformation is an innuendo as to what the future would look like in terms of allocative and distributive prospects, in line with the demographic changes.

While the pandemic brought us closer to the advance and inculcation of the digital economy, it also led to a revelation of a number of parameters that we’ve often tend to overlook in the past. The world economies have suffered from over-population for the better part of evolution and it’s time smaller humanity drives what is needed off of it.