A woven or knitted cloth made from yarn is a textile. On the other hand, textiles are defined as anything made from fibre, yarn, cloth, or any different combination of these materials. Textiles are also employed in clothing production. Fibre is the raw material for textiles, and it can be natural or synthetic.

They were occasionally resold on a modest scale. The textile industry was born by creating the flying shuttle in 1733, the spinning jenny in 1764, and the power loom in 1784. Then mass-production of materials and garments began. When James Watt refined his steam engine in 1775, Eli Whitney invented a cotton gin in 1792. Elias Howe invented the sewing machine in 1846. They all contributed significantly to the textile industry’s prosperity.

The textile industry has evolved into a global phenomenon encompassing all businesses involved in developing, producing, manufacturing, and distributing textiles. It is now a highly complex industry. Agriculture begins with fibre production, sheep and silkworm rearing, and metal and mineral mining. These fibres are then turned into yarns, textiles, and clothing. Spinning mills, weaving mills, knitting mills, dyeing mills, and clothing are all included. This industry also has enterprises that sell buttons, zippers, knitting materials, sewing machines and threads, laces, looms, and drapery hardware.

Now we’ll look over the departments of the textile business in more detail as follows: 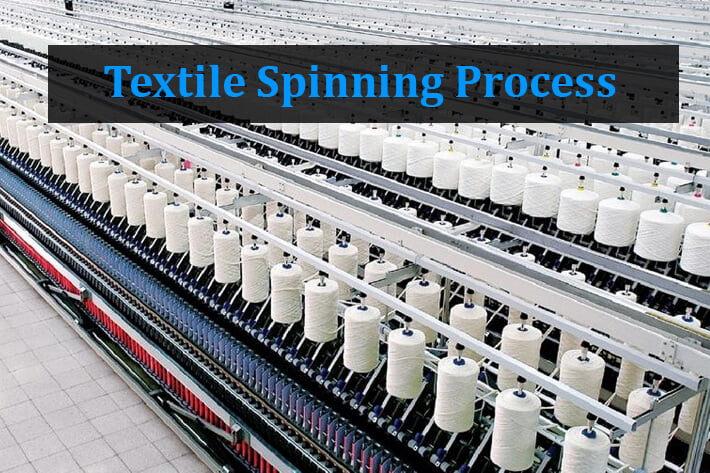 Spinning is the process of converting natural or synthetic fibres into yarn. Blow room, carding, drawing, combing, simplex, and ring frame are just a few of the procedures in the spinning sector. The blow room is the starting phase in the spinning process. The cotton bale is transformed into a homogenous lap of a specific length by opening, washing, blending, or mixing. Carding is the next stage. Carding is sometimes called the “heart” of spinning. Drawing is the third phase. Slivers are blended, multiplied, levelled, and drafted in this step. Combing is the next stage. It’s a way for straightening and parallelising fibres and removing short fibres and contaminants.

After that, there is a simple step. Slivers are thinned out and given a slight twist in this technique. The slivers are then transformed into roving. The ring frame is the final step. The roving is wound onto bobbins and placed in the ring frame, where it goes through many sets of high-speed rollers before being drawn out to yarn. 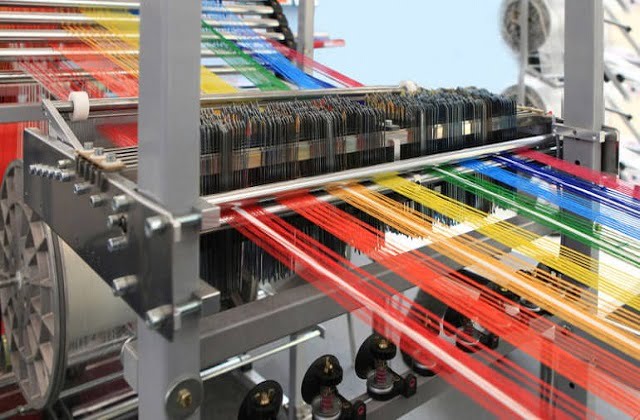 There are different methods of fabric manufacturing. Weaving and knitting are the most known among them. The most common form of fabric production is weaving. Before spinning, the technique was presumably well-known. Primitive people may have discovered how to manufacture clothing by observing the grasses and twigs found in bird nests. Spinning arose from the realisation that raw materials may be enhanced before being woven. Rude looms, which were crudely simplistic and hand-operated, were created over time. Different modern looms have been invented in recent years, but they all essentially fulfil the same function as a traditional hand-operated loom.

Winding, warping, sizing, and looming are all components of the weaving department. Knitting is the second most popular form of fabric production. Knitting’s popularity has skyrocketed in recent years, thanks to the greater diversity of techniques, the adaptability of many new artificial fibres, and rising customer demand. Knitted textiles are now used in hosiery, undergarments, sweaters, pants, suits, and coats. 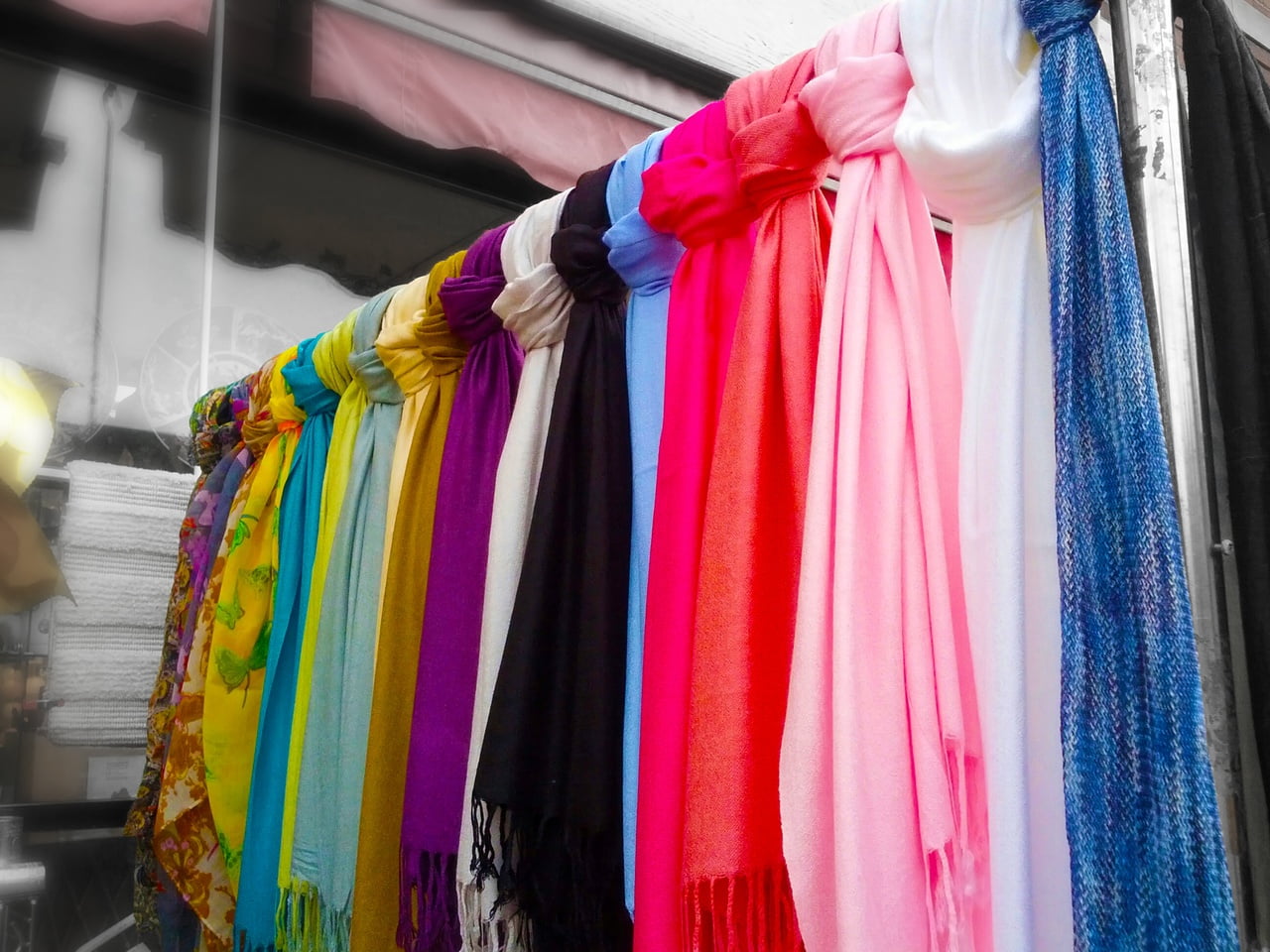 Desizing, scouring, bleaching, washing, mercerising, dyeing, and other processes are carried out in the wet processing section. Desizing is the process of removing sizing materials. Scouring is done with alkali to remove lipids, oil, and wax. Bleaching is used to remove the fibres’ natural colour. Washing cleans the textile material, mercerising makes the fabric brighter than bright, and dying makes the fabric mono uniformly coloured. Machines like the Kier boiler, J-box, Jet, Jigger, Pad mangle, Winch dying machine, and others are employed in the wet processing area.

Name of some common sewing machines used in manufacturing are mentioned below:

Though garment manufacturing is a large part of this business, many others are developing new designs and promoting them. Various textile companies make Sheets, blankets, pillowcases, and towels. The textile business also includes the import and export of materials and garments. In addition, buyers for clothes designers and manufacturers frequently travel worldwide searching for the proper fabric for their designs. Locally made materials differ from one country to the next. 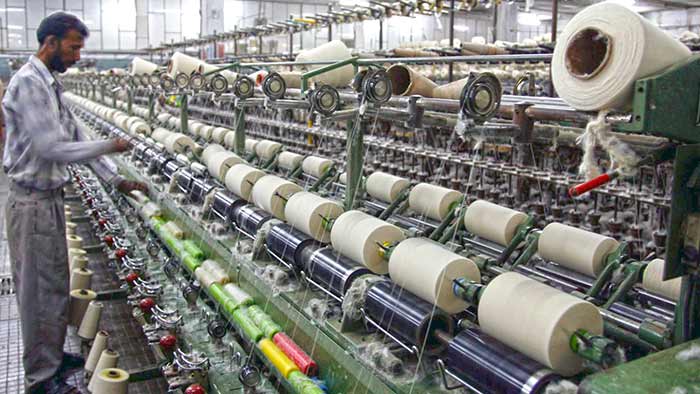 Check out the following list of Top 10 Textile Companies in India:

The Lalbhai Group’s flagship company, Arvind Limited, is a textile maker. Its headquarters are in Naroda, Gujarat, India, and it has units in Santej, Gujarat (near Kalol). Cotton shirting, denim, knits, and bottom weight (khaki) fabrics are all produced by the company. In 2011, it launched the Advanced Materials Division, specialising in technical textiles. It is the largest denim maker in India.

The current Chairman and Managing Director of the Arvind and Lalbhai Group are Sanjaybhai Lalbhai. In the early 1980s, he spearheaded the ‘Reno-vision,’ The business introduced denim to the Indian market, kicking off the Indian jeans revolution. Through its statewide retail network, it sells its brand’s like Flying Machine, Newport, and Excalibur and licenced foreign names like Arrow, Tommy Hilfiger, and Calvin Klein. Arvind owns the Arvind Store, Unlimited, and Megamart, selling company-branded apparel and accessories.

Bombay Dyeing, founded in 1879, is the flagship enterprise of the Nusli Wadia Group. It was founded by Nowrosjee Wadia, who began small-scale operations with cotton yarn dyed in three colours: turkey red, green, and orange, and then dried in the sun.

It operates a distribution network of over 600 exclusive locations across the United States. It works in the textile and chemical industries. Bombay Dyeing is the country’s major textile exporter. 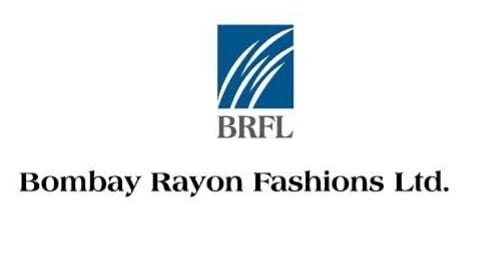 Bombay Rayon Fashions Ltd is India’s most well-known vertically integrated textile firm. They have a massive presence in design, yarn dyeing, weaving, fabric processing, garment manufacturing, and retail value chains. The firm produces a wide range of fabrics and clothing. The company has 13 manufacturing sites, including one in Mumbai that serves as a sampling facility. They may be found in Bangalore, Karnataka, Navi Mumbai, Thane, Maharashtra, Silvassa, Dadra and Nagar Haveli, Silvassa, Dadra and Nagar Haveli.

Fabindia is an Indian retail business that sells clothing, furniture, fabrics, and cultural items manufactured by artisans in rural India. Fabindia began as an exporter of home furnishings before expanding into domestic retail in 1976. It established its first store in Greater Kailash, New Delhi, founded by John Bissell, an American working for the Ford Foundation in New York, Delhi. William Nanda Bissell, John’s son, is the company’s chairman. Fabindia had 327 outlets in India and 14 foreign stores as of July 2020.

Fabindia’s revenue in 2008 was $65 million, up 30 per cent from the last year. Fabindia sources its product from India through 17 community-owned companies, a certain percentage of the shares held by artisans and craftspersons.

Fabindia’s products are primarily obtained from villages, assisting in providing and maintaining rural jobs in India. Over 40,000 artists and crafters in India create them. 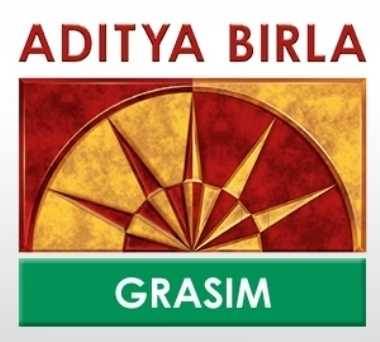 The world’s leading manufacturer of viscose rayon fibre is Grasim Industries Ltd. The organisation was founded in 1947 and is based in Mumbai, Maharashtra. It makes viscose filament yarn and viscose staple fibre. The largest private-sector corporation is part of the Aditya Birla Group. It supplies fabric to fashion houses in the United States and the United Kingdom to produce clothes. Since then, Grasim has expanded into several industries, including viscose staple fibre (VSF), cement, sponge iron, chemicals, and financial services, like asset management and life insurance. The firm is a subsidiary of the Aditya Birla Group.

With a market share of around 24%, Grasim is the world’s leading producer of viscose rayon fibre. Textiles and associated items account for 15% of the group’s revenue.

Thapar Group’s flagship company, JCT Limited, is a renowned textiles and filament yarn. JCT Limited is a market-driven corporation motivated by a good work ethic, values, and high-performance quality, with activities in two separate businesses: cotton, synthetic & blended textiles and nylon filament yarn. Because of this culture, the company has earned a reputation as one of the best in the country.

JCT Limited was the country’s first textile company to develop organic cotton fabrics, and its textile business was the first in the sector to be awarded an ISO 9001 certification in 1996. JCT Limited’s textile unit has grown into one of India’s leading textile producers in the five decades since manufacturing in 1946.

This division has made a mark on both the domestic and international markets, with an integrated textile plant in Phagwara (Punjab), a daily production capacity of 63 million metres per year, and a product line comprising of some of the finest cotton and blended textiles. This has been fueled by a goal to succeed in all aspects of the company’s operations, including spinning, weaving, processing, and strict quality control at each stage of production.

According to Karnataka Silk Industries Corporation Ltd, Mysore is noted for its rich cultural heritage. It generates silk of exceptional quality. It was created to promote silk as a cultural heritage. It has been producing high-quality silk for many years and distributes it all over India.

It produces high-quality silk that is admired throughout India. Silk Dhoti, Men’s Tie, Salwar Kameez, Silk Sarees, Kurta, and more items are some of the company’s offerings. You may receive more information about the organisation, like the number of employees, turnover, decision-makers details, and more, with Fundoodata paid plans.

In Mumbai, Maharashtra, Raymond Ltd is the world’s largest integrated fabric maker. In India, it controls more than 60% of the suiting market. It is also the largest manufacturer of woollen fabrics in India. The company’s textile segment has a distribution network of approximately 4,000 multi-brand outlets and 637 exclusive retail shops in the domestic market. Suitings are accessible in India through 30,000 shops in over 400 towns, and an entire chain is present in over 150 cities.

It sells to more than 55 nations, including the United States, Canada, Europe, Japan, and the Middle East. It offers over 20,000 suiting fabric styles and colours, making it one of a single firm’s largest collections of designs and colours. The Brand Trust Report named it India’s most trusted apparel brand in 2015. 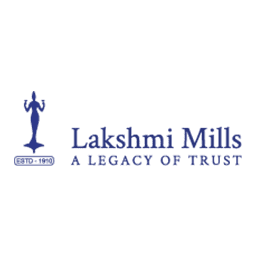 Kuppuswami Naidu established the Lakshmi Mills Company in 1910. The company’s headquarters are in Coimbatore, Tamil Nadu. Textile yarn, textile clothing, weaving, and spinning are only a few things available. Laksmi Machine Works is its parent firm.

In Coimbatore, it has two composite textile units: Avinashi Road and Palladam and one in Kovilpatti. The mill’s founders were also essential in establishing several textile machinery firms, including LMW and medical and educational institutions. The unit in Papanaickenpalayam, Coimbatore, is a well-known landmark in the city.

The company employs over 1.1 million spindles and has a total weight of roughly 580 metric tonnes (MT). The company’s manufacturing plants are located in Punjab, Himachal Pradesh, and Madhya Pradesh. The company provides its products all around the world, including the European Union, the United States, and Asia.

10 Simple Ways to Save Income Tax on Salary