The plaguing catastrophe of the Covid-19 pandemic has had its bearings, and different flashpoints have aroused, reflecting the underlying reality around medical supplies and vaccines. Despite the alarming urgency, the decision to delay the second dose of the Covidshield vaccine to 16 weeks has raised castigation across the community. V.K Paul, Chairman, National Expert Group of Vaccine Administration has suggested that decision-making was not inclined due to shortage of vaccine jabs but rather was a scientific explanation of evidence from the United Kingdom. The striking doubts erupted across the governmental officials, claiming that it might be a government’s trap to hide its narratives about vaccine production.

The condescending factor in the whole scenario is that how come the UK health experts have diagnosed the precis of extending yeh Covidshield gap when they have now decided to reduce their widened crevice to administer the Covid-19 vaccine from twelve weeks to eight weeks. However, Dr. Anthony Fauci‘s comments come in time of India’s extension plan and he has compendiously supported it by saying it was a reasonable approach to expand the duration. 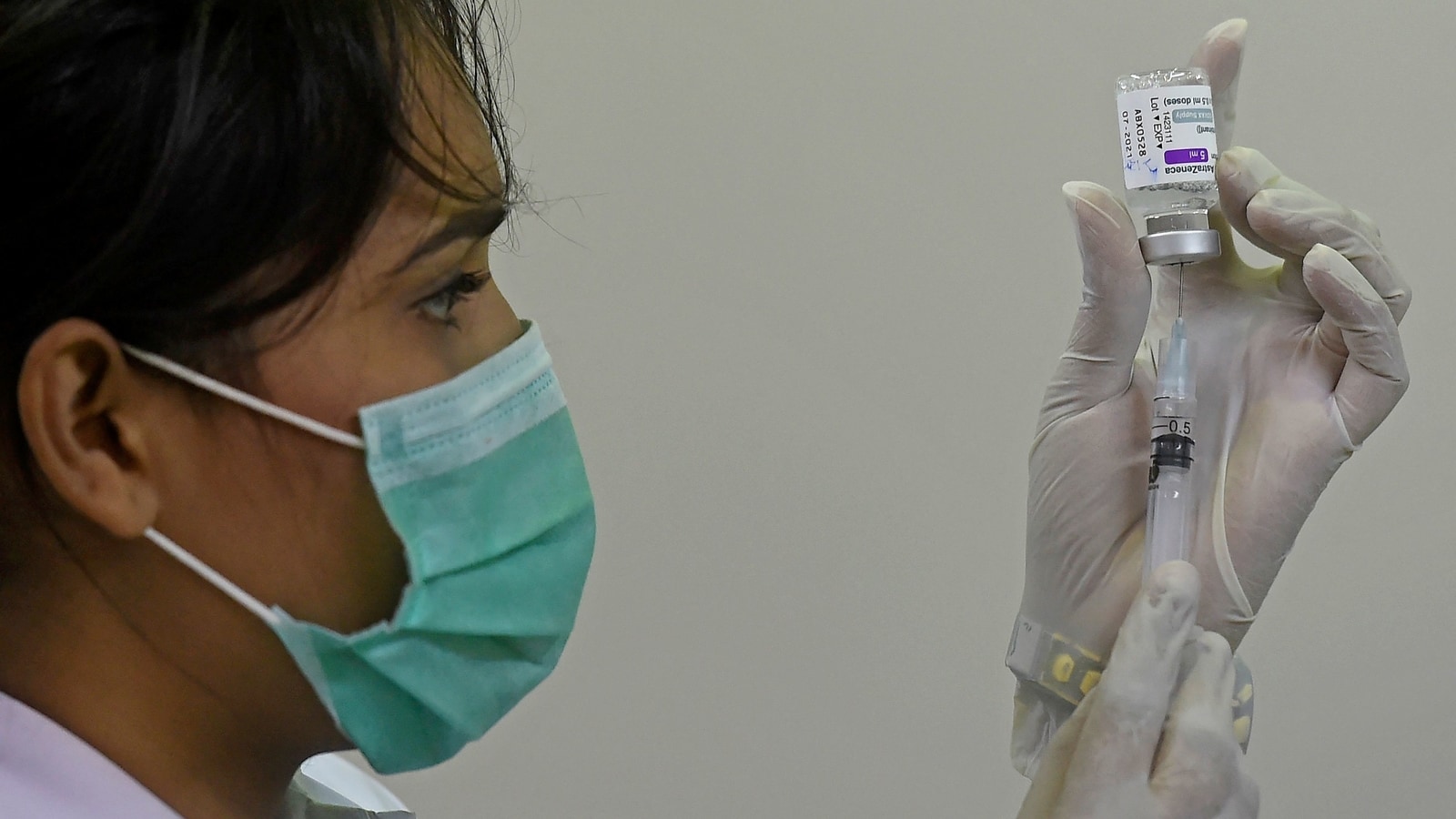 In the midst of the crippling Covid-19 pandemic, his comments could align with the Indian government viewpoint. He has asserted that the flashpoint of restricting the vaccination process will enhance the opportunity for more people to take their first dose of the vaccine. On the contrary, the renowned infectious disease expert of the US knows India’s miseries only on the external parameters as the government has buried the cracks away from the rest of the world.

NITI Aayog Member DR. VK Paul‘s comments are a reflection of the mysterious stance of Indian states regarding the production and administration of vaccines. Several states have temporarily suspended the vaccine jabs for 18-44 age people due to constant pressurizing of the citizens.

The vaccine stocks have dried up and they have no answers to the surging demand. It might be a paramount reason for such comments, but nevertheless, the strangling will propel our deterioration further. Dr. Paul condemned the agitation of the citizens and claimed that it was “sad” and false narratives that the interpretation underwent arduous and due to comprehend shortages. During the media press daily briefing, he said, “The standard protocol of vaccine inoculation prolongs to 4-6 weeks. When the UK manifested to delay the procurement, its integration had little evidence to lay out a significant outlook at that point of time. That’s why we aligned to the theories of the UK experts, and set out a standard timeline of 4-6 weeks. However, recent data analysis has depicted an overhauling breakthrough to amplify the protection rates from the vaccine administration. Based on facts and figures, the extension to delay the second dose up to three months earmarked 65-85 percent protection against the deadly Covid-19 disease.”

The evidence behind the study got retracted from the UK’s study apprehensions. However, the recuperation should have been consolidated keeping in touch with the rising infections in India, not the UK. It has once again enlightened government authorities’ failure in analyzing the potential of the virus in domestic lines, rather than focusing on other countries’ proposals.

Dr. NK Arora, the superintendent of the research, and also the lead expert of the task forces, indicated. He was assigned to recommend developments on Covid-19 vaccine jabs. He complied with the recommendations of VK Paul.
The structural discernment in the vaccination process is the viable reason for vaccine shortage, and delaying the second dose by a month or so wouldn’t change the complexion, he told the renowned news outlet the Hindu in a telephonic conversation.

Covid-19 Virtuousness has Brought in Various Comments from Political Leaders

Raising doubts over the government’s interpretation of the Covidshield vaccine, former Union Minister P Chidambaram on May 15 repealed the Indian scientists for being dependent on the UK experts. He urged them to enact independently, contemplating the grim situation of India. The prolific Congress leader asserted that the United Kingdom has decided to reduce the dosage gap, and it contradicts India’s evaluation of the Covid-19 threat yet again. Whom to believe and whom to blame? This is the probe of every Indian citizen who is plaguing under the radar of Covid-19 infection and is anxious about inoculating their first dose of the vaccine.

“I’m not salvageable to second guess the scientists and medical professionals but my humble request to them is please don’t get involved in ditching the interests of the citizens by playing games of the government. The government is precariously and quick-wittedly laying a trap in which the scientists and the medical experts are destined to cascade. It will be another one of those catastrophic failures of the government, but even then the blame onus will get passed to the healthcare system,” Chidambaram said.

The National Technical Advisory Group on Immunization addressed the widening of the Covidshield gap on May 13 asserting that the recommendation was tabled after reviewing the real-life experience of the UK. The health officials themselves wouldn’t change their approach suddenly and might be an elongated confiscation of the government.

A day after India announced the Serum Institute of India produced Covidshield dose gap, the National Health Service riveted back to eight-week for administering the complete package of the AstraZeneca Covid-19 vaccine. It has raised an appalling picture of the Indian government as even the UK has sledgehammer out on the Indian medical advancements. Wow, seems like the dependency was running on the wrong parameters.

The decision got extensively propounded in the system after evaluating the threat posed by B.1617 variant of Covid-19 infection, said British Prime Minister Boris Johnson. The double mutant reiterates India’s recent spike in coronavirus cases, and the immaculate threat hasn’t faded away since the beginning of the second wave. How on Earth did the NITI Aayog members come to an unprecedented conclusion in raising doubts within the system.

The Indian scientists weren’t able to evaluate the predicament of Covid-19 vaccines during the time of research as the extensive data did not become available due to narrowed scope. It doesn’t take us away from the presumption adroit strategy opted in for dealing with such a deadly mutant of the virus. Relying on the UK for real-time data analysis in itself showcases our proficiency to deal with harsh circumstances. Even decades ago, India’s healthcare system promised to be a virtue of the world’s best facility setup.

We are still rescinding ourselves to the pipedream, but no concrete steps have been taken to enhance our healthcare infrastructure during the overhaul of the pandemic, staggering. The top analysts across the world however believe that India will be able to enhance the supply of the first dose of the Covidshield and Covaxin vaccines, but how would they know that India is venting a regional tussle of accusations and blame game to procure more vaccines.

Why is the US not sending vaccine doses to struggling countries like India even when it has a huge stock of extra doses piling up?

Tanish seeks new opportunities as a professional content writer and writes on several fundamental topics like businesses and economics. The focal point remains on expressing opinions on critical aspects concerning the economy.
By Tanish Sachdev
Follow Us
Weather
New Delhi, IN
Mist
27 ℃
33º - 27º
89%
2.57 km/h
33℃
Thu
35℃
Fri
36℃
Sat
33℃
Sun
31℃
Mon
Recent Tech News
Facebook Twitter WhatsApp Telegram Viber
Back to top button
Close
Popular Posts
Most Commented
Recent Comments
We use cookies on our website to give you the most relevant experience by remembering your preferences and repeat visits. By clicking “Accept All”, you consent to the use of ALL the cookies. However, you may visit "Cookie Settings" to provide a controlled consent.
Cookie SettingsAccept All
Manage consent