As the Government and the Opposition became entangled in a war of accusations, horrific scenes erupted at the Parliament. The hierarchies of the political parties were engaged in robust allegations against each other, contemplating lies and physical violations. Congress MP Rahul Gandhi, alongside several other MLAs, continued to banish the Government, claiming that the outsiders have mishandled them. The leaders were involved in opposing the Government’s hard-headedness and authoritative attitude as they denied answering on crucial agendas.

Heated arguments in the Parliament have been nothing new to political vengeance, but limits exceeded absurd retaliation this time. The revolt induced high-voltage drama as the opposition claimed abrogation of Women MPs by outsiders, who weren’t a part of the Parliament security.

The Government deliberately delayed the Monsoon session to avoid commenting on specific national issues, including the Pegasus scandal and bills passed in recent months. Not only the opposition was humiliated, but they were voiced out of opinion to even have their say. It reflects a shambolic breakdown of the democratic structure of the nation.

What was the substantial precis of such a massive revolt in the middle of the Cabinet meeting? 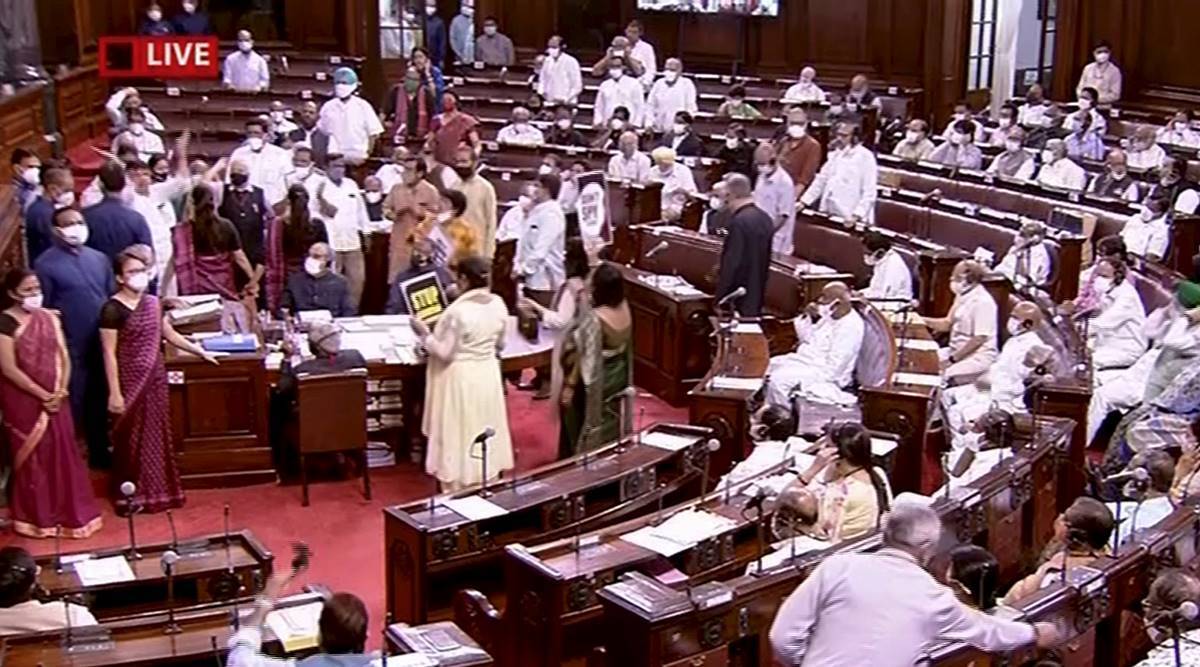 Like every other Parliament session under the current regime, the adroit politicians blamed each other for anarchy. The Ministers caught the attention of a leaked video of an assault on a women marshal being surrounded by errant politicians. However, the incident reiterated by the officials wasn’t true as they themselves blew away from the protocols.

Amidst the continuous triggering and accusations by the parties for their rights, the Modi Government fielded a stewarding team of eight Union Ministers to avenge the stalled functioning of the proceedings. It created remarkable havoc resulting in adjourning the Monsoon session on Wednesday, two days ahead of schedule. Marshalls and male guards restricted and mishandled members, leading to a perilous fight amidst the undertakings at the House.

Criticism and opinion aren’t welcome by the Government, and yet they call out for democracy and freedom. Bizarre! We haven’t seen one significant manifold where the politicians haven’t tried to hide and divert their mistakes and incompetents. It seems like no one can question the Government’s conduct on certain issues concerning the development and growth of the nation; whosoever goes against their word would be entitled to severe revocation. The ultimate meaning of democracy has vanished; hence the whole nation is suffering.

Arguments Grappled the Scenes in the Rajya Sabha on Wednesday-

The Government passed the general insurance bill on Wednesday amidst shocking visuals of parties enraging to physical visuals. While the elongated protests by the opposition leaders against the harrowing continued, BJP left no stone unturned to abandon them entering the Well. Despite the demands of Congress and Shiv Sena to appoint a select committee for drafting the bill, the Government remained to affirm its stance of revoking the rights of expression of all the people involved. The meeting had envisaged a defining statement of political disruptions between the parties, initiating from abrupt behaviour.

On Wednesday, what we witnessed was nothing short of utter shame for a democratic nation, and its evil outlook hasn’t been demolished yet. Rahul Gandhi and NCP chief Sharad Pawar, Shiv Sena’s Sanjay Raut, and many others addressed the media condemning the undemocratic actions taken and further lodged a complaint to the Rajya Sabha Chairman. The opposition was fuelled by anguish, carrying out a massive protest from Parliament House to Vijay Chowk on Thursday. They pinpointed the atrocious happenings as nothing short of murder of democracy, and the leaders were right in a sense. Gradually, India is shifting towards an unmatched deterioration of citizens’ expressions and their rights. We heralded our hearts in being democratic, but its existence is fading away with time.

Following the protests, the Union Ministers swayed to attending a press conference in the hope of silencing the matter. Piyush Goyal, Dharmendra Pradhan, along with others, sought a rigid action against the people breaking the rules. How miserably has the pride of a leadership fallen down? The BJP government are blaming the opposition when they are the foremost culprit of not abiding with the laws of our culture.

What were the Comments of the Opposition Amidst the Abrupt Dismissal of the conversation?

Surely, in India, every political leader should remark its insight on concerning issues relating to national security and other critical affairs. The long-standing theories and principles have been abolished, infuriating the vast bunch of emerging leaderships. Congress has been withstanding this heavyweight clash for a long and finally revolted for the sake of its integrity and reputation. “The Parliament session is over. Frankly, as far as 60 per cent of the country is concerned, there was no Parliament session as the voice of 60 per cent of people was crushed, humiliated,” Rahul Gandhi told news outlets. Additionally, NCP chief Sharad Pawar was astonished by the bearings as he hasn’t seen experienced such disturbing visuals in his 55-years-long Parliamentary career.

It’s kosher that advice and suggestions are just a piece of mockery for the Modi government as it has shelved itself into the grasp of arrogancy and self-esteem. Their supremacy is causing nuisance across the public administration, and it is invoking delayed decisions on vital schemes for the netizens. Why the Government is not open to criticism and evaluating thoughts of the opposition, as well as the general public for the country’s welfare, is unknown.

Are the Social Media Handles Turning Biased towards the Government?

After looking at the recent instances, it is inevitable that social media handles like Twitter, Facebook, and others are blindfolded and following the word of the Government. On Wednesday, the dramatic turn of events saw Twitter block accounts of several MPs, including Gandhi’s, which he revoked back in anger. There is no two that social media handles our interfering in the political process by locking and regulating accounts and posts of people attacking the Government.

The insecurity of the BJP leaders is highlighted in the step; they have rescinded accounts of MPs amidst fear of getting exposed. With one tweet, all the vulnerabilities could unfold. If Twitter was considered as a neutral platform for sharing our thoughts, then why are the politicians with such wide coverage of 19-20 million followers being shut down. This very notion resembles a distressing scenario prevailing at the highest level.

By observing this, one is clear that these companies are enacting as the beholden of the Indian administration and suppressing the speech of a democratic nation. The accumulation of such tactics in political vendetta shows why the current rein wants to implement a thumb rule of the ruling.

The Parliament Floor has Written A Strenuous Storyline- 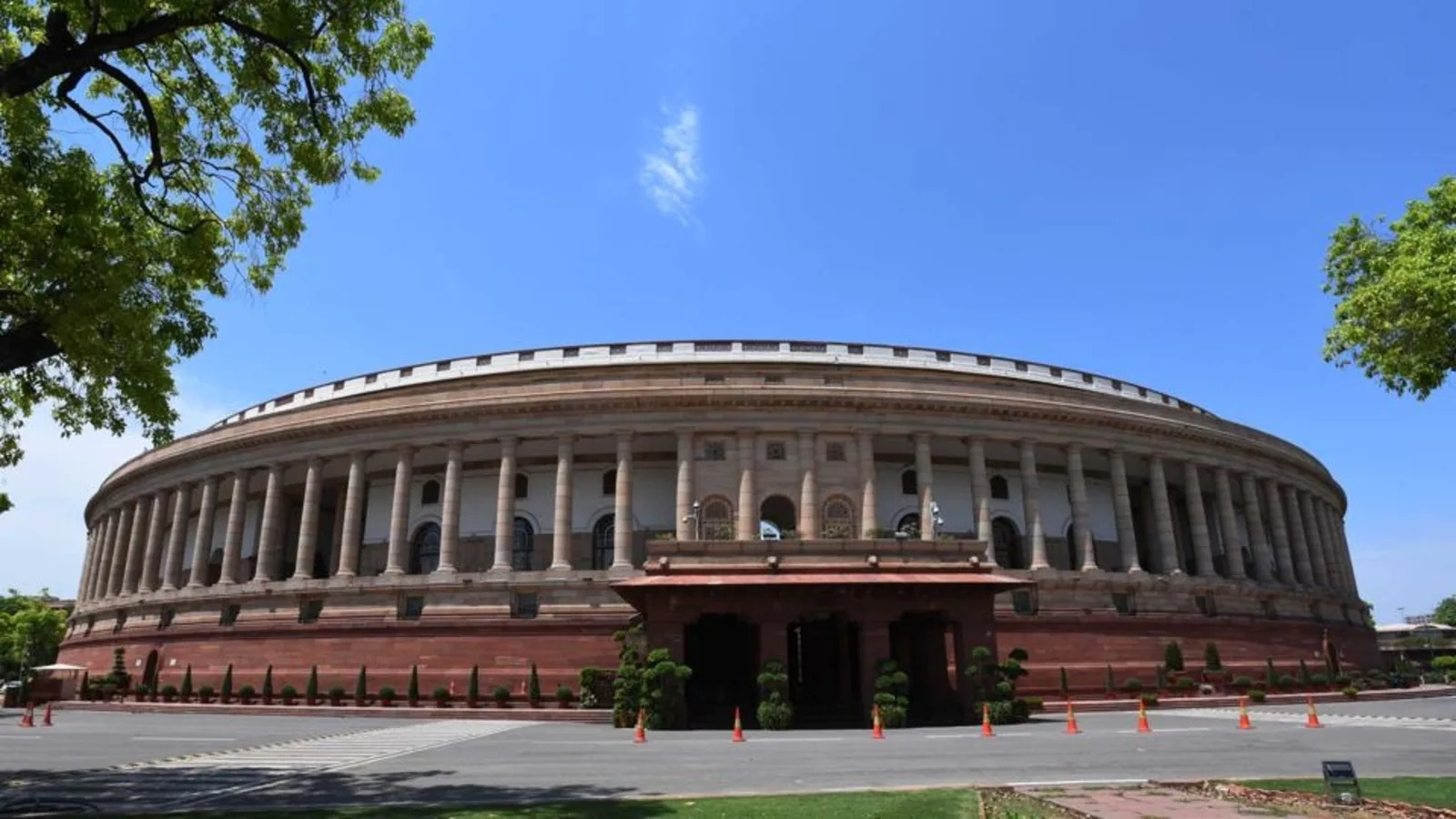 The moment that occurred a few days back indicts the Government much more. The stalling of the Monsoon session wasn’t only about aggression and violation, but it was more about responding to the virulence of the leaders, not yielding space to the opposition. The main motive during the session was to allege the entire hall as a community of disruptors in Narendra Modi‘s reconciling strategies.

The Parliament Floor has been constantly used to create and issue diplomatic statements on the opposition and engage it in an electoral battle. This Government lacks the qualities of learning or seeking new challenges from the people or talking about it between elections. The Modi regime has shown that there is no place for taking accountability for the mistakes of its leaders, and they will keep violating the spirit stand and stonewalling their counterparts.

Government to sell up to 25% stake in NSC via IPO