Alchemy, which aims to be the ‘de facto platform’ for developers to build on web3, is now valued at $10.2B

As proof that web3 is not some passing trend, blockchain infrastructure startup Alchemy announced today that it has closed on a $200 million Series C1 equity round that values the company at $10.2 billion.

For the unacquainted, web3 refers to a decentralized web based on the blockchain. And put simply, Alchemy wants to do for blockchain and web3 what AWS (Amazon Web Services) did for the internet.

What is remarkable about this raise is the velocity at which Alchemy has managed to grow its valuation in a relatively short period of time. In October, the startup was valued at $3.5 billion after a $250 million Series C round. And in late April of 2021, the startup was valued at $505 million after an $80 million Series B investment. This means the startup has seen its value surge by nearly 3x since October and by a staggering 19.8x since last April — just a little over nine months ago. To further put that into context, that’s a gain of nearly $1.1 billion in value per month. Not bad for two guys who started the company out of their apartment five years ago. Alchemy’s goal is to be the starting place for developers considering building a product on top of a blockchain or mainstream blockchain applications. Its developer tool aims to remove the complexity and costs of building infrastructure while improving applications through “necessary” developer tools. It launched its offering in August of 2020.

Since that time, profitable Alchemy has seen dramatic growth on its platform. Sources familiar with internal happenings at Alchemy told TechCrunch that the startup has increased its user base by nearly 50% even just since it closed this latest round.

“Basically, the most important companies blowing up in crypto are powered by Alchemy, so by investing in Alchemy you get a broad index of the whole space,” one of those sources said. “The company basically powers the entire industry.” 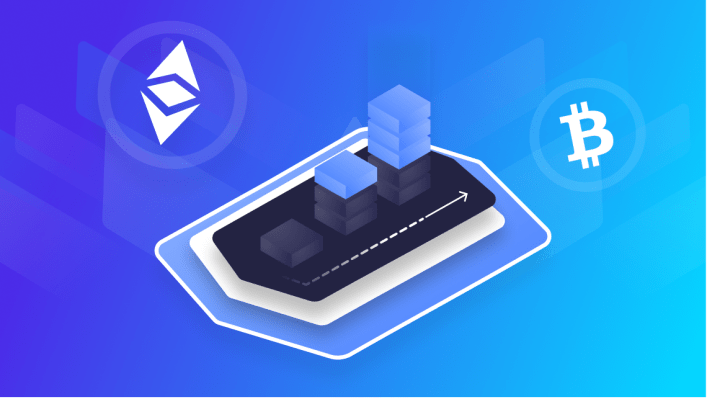 Alchemy declined to reveal hard revenue figures but told TechCrunch that it has seen over 3X growth in the number of teams building on its platform since its October raise. It also boasts that it has powered $105 billion worth of annualized on-chain transactions, more than double the $45 billion figure it shared in October. Meanwhile, the startup continues to operate with a “lean and mean” mentality. At the beginning of 2021, Alchemy had 13 employees. It now has just under 50. Its ratio of valuation to number of employees is “one of the smallest teams to impact ratios in history,” believes Nikil Viswanathan, co-founder and CEO of Alchemy.

The company’s impressive growth comes amid a volatile time in the crypto space, which has seen many ups and downs over the past year.

“You know you’re onto something special when your business continues to accelerate even though the market you operate in hits turbulence, and that’s exactly what’s happening with Alchemy,” said Amy Wu, partner at Lightspeed. “There aren’t really any prior examples of growth like this to compare to, but you can look at how enduring businesses like Microsoft grew and see where Alchemy has the potential to go.”

It’s safe to say that Alchemy’s growth figures are evidence of a massive acceleration of growth in the web3 ecosystem as a whole.

In just the last 12 months, NFT marketplaces built on Alchemy have delivered more than $1.5 billion in royalties to artists, with almost $1 billion of that coming in just the last three months, the company said.

Viswanathan said the company has barely touched all the capital it previously raised. But with web3 advancing as quickly as it has been, the company wants to have the runway it needs to grow accordingly.

“We think we’re just in the first inning of web3. It’s not going to replace Web 2 but rather extend new capabilities and experiences of Web 2,” Alchemy CTO and co-founder Joe Lau told TechCrunch.

Despite being profitable and experiencing such rapid growth, Alchemy continues to raise hundreds of millions of dollars to basically ensure it can keep up with the rapid and widespread use and growth of web3, its founders say.

“We want to make sure we’re in a good position to basically help companies and startups as they grow,” Lau said. “Last year we saw teams who started out on Alchemy teams become billion-dollar companies and support billions and billions of users all around the world. We believe we’re just getting started and we want to be able to continue to help and support our customers as they grow.”

While there has been a lot of chatter on Twitter debating web3 versus Web2.0, Viswanathan and Lau believe there doesn’t need to be so much tension between the two.

“In the beginning of any technology, everyone always is trying to figure it out. If you look at the internet in the mid-90s, people said ‘this is so slow, why would anyone use email?’” Lau said. “But the reality is that technology improves and we’re trying to figure out what this will look like 10 to 15 years from now.”

“When you look at the computer, the internet didn’t replace the computer,” he said. “It just added capabilities that weren’t possible before.  Also, there was a lot of excitement in the dot.com era about the baby internet. Now we have the real internet. And we’re still in the baby web3 phase.”

It’s a fact that thousands of new web3 organizations are being launched and scaling quickly. Meanwhile, hundreds of established Web 2.0 companies are pivoting their strategies to include web3 on Alchemy. There are also tens of thousands of developers new tools and services with blockchain.

“What we’ve seen is Alchemy really become the de facto platform for developers to build on web3,” Viswanathan said. “We’re super excited because we believe this year, the acceleration is turning web3 from a fringe technology used by hobbyists to everyone using products powered by web3 even if they don’t realize it.”

The startup has helped power a number of giants, including OpenSea, Adobe, Dapper Labs and Crypto Punks, among others. It makes its money by charging for compute units. In other words, its customers pay Alchemy based on the amount of computing they use.

“We believe web3 should be accessible to everyone, and the best way to make that happen is by helping the incredibly creative developers who are bringing their ideas to life through blockchain technology,” Lau said.

“The market opportunity is massive, and as one of the fastest growing companies in technology history, Alchemy is building the infrastructure to power and democratize this transformation, helping bring it to everyone by doing for web3 development what AWS did for the Internet,” Durban added. In the past three months, Alchemy has also led the launch of Web3 University, an open educational resource for anyone looking to build their web3 development skills and created Alchemy Ventures “to help nascent web3 businesses accelerate their growth.” So far it has allocated $10 million to that venture fund “with more to come.” It has done several investments to date, including backing Royal, crypto exchange FTX (recently valued at $32 billion), Genies, Matter Labs and Arbitrum. Some, but not all, are also customers.

“2021 was the year developers took web3 mainstream and created businesses that are transforming the lives of millions,” Viswanathan said. “In 2022, we’ll be doubling down on our commitment to meeting developer needs in more places, making it easier than ever to unlock the potential of web3.”

The company plans to use some of its new capital toward hiring, and expects its headcount to reach about 200 by year’s end. It has thus far focused on high-quality hires. For example, 22 of its 27 employees in October were previously founders themselves, with “multiple people having run multi-hundred companies.”

Alchemy is just one of several companies as of late that have raised money to power crypto companies. In January, crypto infrastructure company Fireblocks nearly quadrupled its valuation to $8 billion in six months. And last December, Coinbase Ventures backed cross-chain infra provider Router Protocol in its $4.1 million round.